How can I get better at reading handwriting?

How can I get better at reading handwriting? Are there fonts that look like it, or web sites with examples for practice? Are there some common shortcuts that people take when writing by hand?

I don't know why I didn't think of this earlier and I'm even more surprised no one thought of this before me, well, I'm sure someone did just didn't find it on the internet.

I was installing fonts and noticed some of the fonts that came with my operating system - OS X Mountain Lion - was cursive Chinese. So a thought occurred to me. Cut and paste the same text but format each version with different fonts and compare. This has really helped me learn how to read cursive better. Bonus is it's free and customizable. Hope this helps. The middle font really isn't cursive, but it's blocky handwriting and different enough from "standard" text to see a slight contrast. 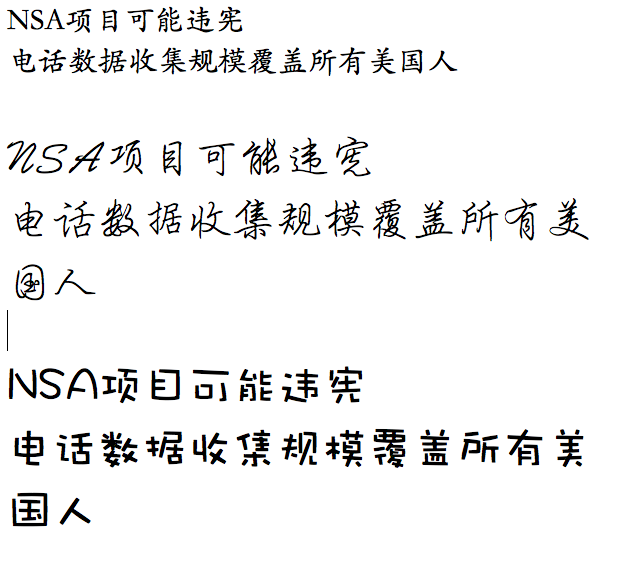 Here is a page where you input a couple of words and it'll render them in different handwritten fonts: http://font.chinaz.com/tag_font/CaoShuZiTi.html

I also bought this book from the US Amazon store and recommend it. 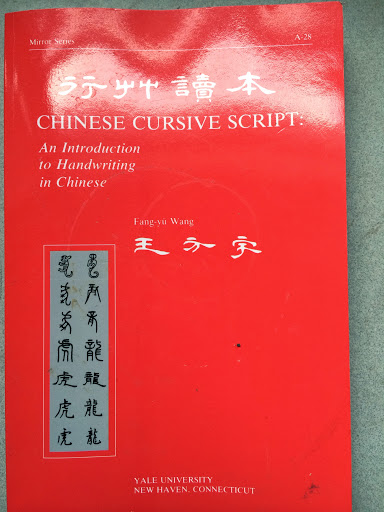 I have been able to purchase in China books that have different styles of handwriting including shortcuts. They also have a layer of thin paper over the top of each page so you can trace.

You can also look for books that show common characters written in different styles from print, traditional to script etc.

This is not something you will be taught unless you pay someone to go through with you, as it's not commonly taught in classes.

行书 is the handwriting script that writes much faster and much more scrawled than 楷书. It is a shortcut of Chinese characters. 行书 connects several strokes together as if one stroke in order to write faster.

草书 is the handwriting script that writes much faster and much more scrawled than 行书. It is a better shortcut of Chinese characters, because it connects more strokes and even omits many strokes, in order to write much faster. However, 草书 is too scrawled to be recognized even by native Chinese speakers.

For most of the native Chinese adults, 行书 is used in handwriting, because 楷书 writes too slowly and 草书 is too difficult to recognize.

I don't think that you are taught to write "cursive" in Chinese, most of it is something people just adapt naturally. You just need a really good grasp of characters to understand it. Sometimes people write fast and tend to simplify parts. There is no standard mold for cursive like in english.

But what you can do is read a lot of handwritten documents, just doing that will allow you to see the patterns of how people write.

10
Some characters look different handwritten and on the computer - how to learn the differences?

28
How can one determine the radical for a given character?
3
Understanding different Chinese writing styles
17
How to improve my Chinese handwriting?
3
Does a similar system to a pangram exist for handwriting practice
4
How to learn to read Chinese calligraphic paintings (and Chinese handwriting)?
2
Can I always write the 艹 (grass radical) with three lines only?
1
What about the orthography of 苹 (like in 苹果)? It seems consensus is missing
0
Chinese Character Reading: What browser-based chat sites are available from inside China?
4
Improve reading speed at advanced level
0
Tips and suggestions for learning Chinese (reading and writing) as a native