I would like to find out more about the two sayings "吹牛" and "拍马屁".

How these sayings come about and get their current meanings?

I found something in Baidu Encyclopedia.

Originally 吹牛 comes from 吹牛皮 (blowing cow leather). In the old times, people who lived along the Yellow River used cow leather to make rafts, cuz the yellow river could easily destroy wood boats. However there was no bumpers at that time. So it was strong people who were responsible to blow air into the "leather bag" to make it a raft. However, even the strongest man could not make it by himeself. So if someone says "I can blow a raft by myself", he must be bragging. As a result, people use 吹牛皮 to refer to bragging. 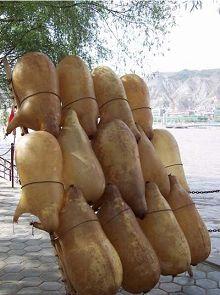 When it was Yuan dynasty in ancient China, the mongolians loved riding horses (cuz they conquered China and many other places with their cavalry force). At that time, when a mongolian met another mongolian, he would pat the other's horse, and say something like "nice horse". It was the best way to make generals and officers of the Yuan dynasty happy by saying "your horses are good". And when the mongolians ruled China, this custom also came to China.

However, originally it was 拍马 (patting the horse), not 拍马屁.

7
How did 舆论 come to represent Public Opinion?
1
problem with 要 - it seems to have several meanings
6
Usage and meaning of "占我的便宜"
2
English translation for 来 in 你哪儿来的这么多书? compatible with a Chinese-to-English dictionary
11
哪儿 vs. 哪里, Difference in Meaning?
1
What is the difference between 油漆, 涂料 and 油彩 please?
3
How to write "Oh" in Chinese （哦，噢，喔）
1
The Etymology of the word 有的
2
What's the deeper meaning behind 不吃饭则饥，不读书则愚?
1
Since 本来 means both "originally" and "of course", how can I determine if 他本来是老师 means "he was originally a teacher" or "he is of course a teacher"?