臺 seems to be the "correct" traditional form for Taiwan, but I've never seen it in reference to Taishan (台山) in Guangdong, even in all references pre-1949, etc.

How is it determined in "traditional" usage when to use the one or the other?

(In simplified usage 台 is just used all the time, correct?)

In simplified Chinese, both would be 台, easy peasy. Otherwise, things get a little complicated. Sometimes 台 is just an alternative form for 臺, which is the case for Taiwan: you can write 臺灣 or 台灣, both are acceptable, though the former is considered more formal. In the case of 台山, that is the correct name already, so you can't write 臺山 because 臺 is not an alternative form of 台. Also, for place names like 台州 and 天台山, the pronunciation of 台 is a little different from normal, all the more reason that you can't always choose to substitute 台 with 臺.

Chinese is hard, and I think the more I learn about Chinese, the harder it gets. I think the best way to learn when to use 臺 and not 台 and vice versa is to just remember each instance and go by the ones most people use even if that usage is not correct semantically. Occasionally, you may want to consult a reference such as the Dictionary of Variants published by the MOE of Taiwan, in which you'll find that 台 and 臺 are originally two different words with similar pronunciation, but 台 has been borrowed as a substitute for 臺 and has therefore acquired the pronunciation and meaning of 臺. One definition of 臺 is "stage", and of 台 is (originally) "delight", interchangeable with 怡. Keep in mind though, that it is just ONE reference, the fact that it's "official" doesn't mean it's always correct or reflects what most people use, even in Taiwan.

As mentioned elsewhere,「台」and「臺」are different characters; the former is not a simplified derivative of the latter. In proper nouns such as「臺灣」, the first character is just a phonetic transcription character, and doesn't contribute to the meaning.

In orthodox Mandarin usage,「台」as a phonetic character is pronounced tāi, not tái, which is why Taiwan is "correctly" written as「臺灣」. Using「台」as a substitute for「臺」is a later vulgar innovation; they were pronounced differently. Names such as

are all pronounced "correctly" with tāi and written correctly with「台」, not「臺」, although nowadays you may see references to 三台 "incorrectly" pronounced as tái and using「臺」.

PRC totally merged「台」and「臺」with「台」, so there is no further discussion to be made for Simplified Chinese.

Much of the time,「人」was actually omitted. This version is now written as「㠯」.

Towards the latter half of the Zhou Dynasty, a distinguishing mark「口」was added to「㠯」to create a synonym「台」, which is a representation of「以」widely seen before Unification by Qin.

Qin Dynasty forms added「人」back, but in a way disconnected from the object「㠯」. Our current shape of「以」is inherited from this form.

The second pronunciation led on to its vulgar usage for tái, now unofficial in Taiwan and official in PRC.

The semantic component「宀」was later transformed into a combination of「高」and「室」, leading on to the modern form「臺」.

Following the Zhengzhang reconstructions, what is now Pinyin [y] (OC: /*l/) of「台」was connected to [t] (OC: /*d/) of「臺」through an aspirated voiceless alveolar lateral approximant /*l̥ʰ/; without tracing their evolution, Pinyin [yi] and [tai] do not really resemble each other.

"三台" should be translated as "three groups of stars in ursa major". 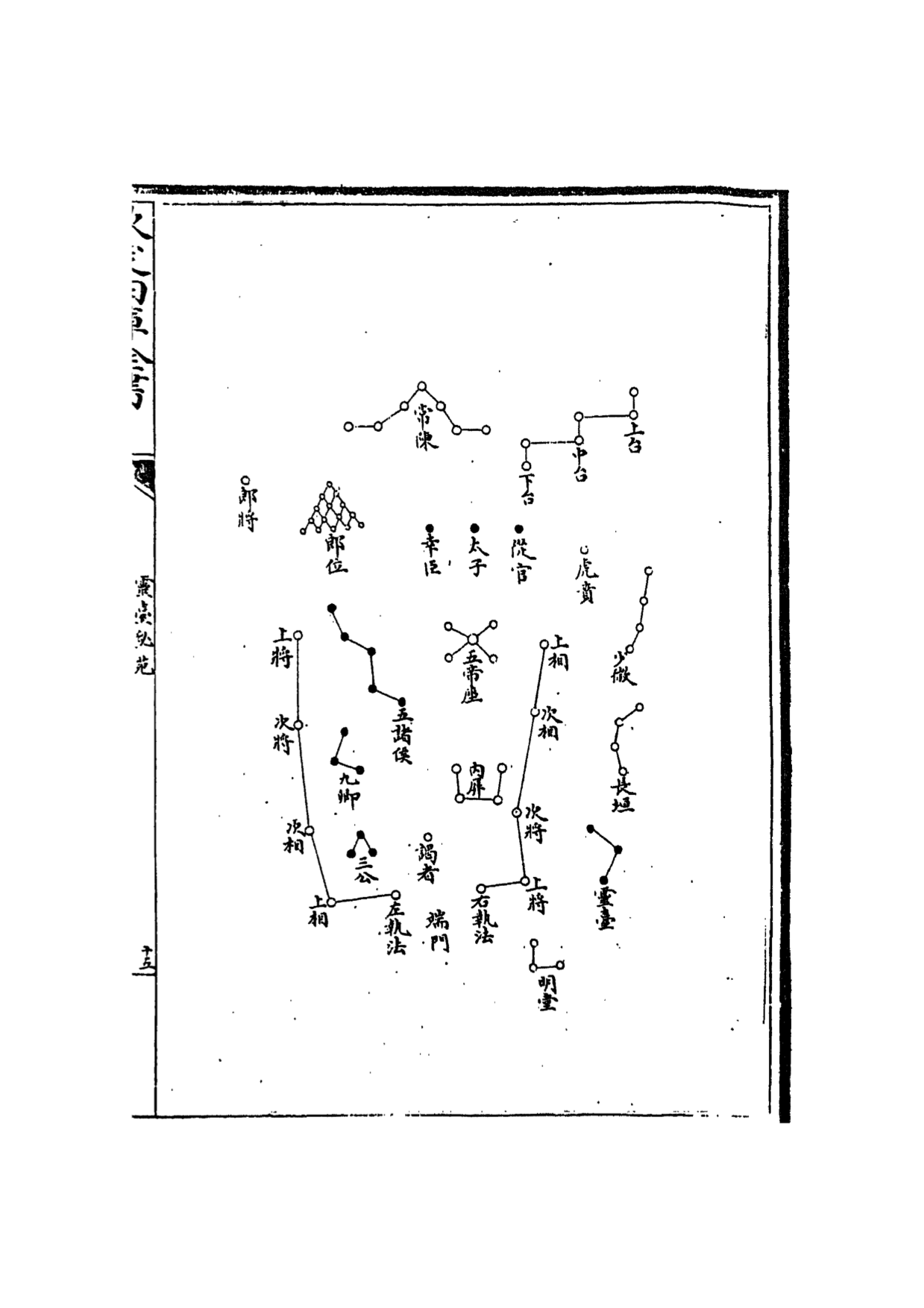 the corresponding text is:

In Traditional Chinese, 台 and 臺 are two different characters with different meanings, but which have the same pronunciation in Mandarin and other dialects.

In Simplified Chinese, there is only the character 台, and no 臺.

In Taiwan, people use Traditional Chinese, but in the mainland, people use Simplified Chinese.

Simplified Chinese is used more often, which is the official language of China. And it is written more easily.

(In simplified usage 台 is just used all the time, correct?) yes