Why should I use 由 here and not 被?

I could choose 由 or 被. Why should I choose 由? Are there any good reasons for this choice?

Considering the answers below about 被 only being used with the perfective, if I change my sentence thus, is 被 then ok?

the problem may be that the A被B C and A由B C are superficially similar but grammatically completely different. A由... seems like more a topic-comment structure for me, with A being the topic and "由B C" being the comment about the topic, not anything performed on the topic. 被 is conceptually linked to A - it is A having something done to it - whereas 由 is linked to B and C, and A is separate: again, a lot like topic/comment.

"这个问题由他解决了" completely fails the Google test, i.e. there's not a single usage example on the Internet, even though 被 is 100% ok. This may be because the 由 construction is an example of a different kind of Chinese grammar structure, and therefore 由 is not like 叫/让/other stand-ins for 被.

I'm not sure how your Chinese level is like now, but it's always useful to know that 被 (A) B isn't the counterpart of be B-ed (by A), because Chinese language lacks the notion of passive.

The true meaning of 被 A B construction is, literally receive A('s) B-ing, or more practically let A do B to oneself. There are two more things I have to explain about the phrase, that is:

Back to your question, why you can't use 被 here is mostly because it trespasses #2. The bare verb 负责 isn't perfective by its own (it has effect while the responsibility is taken). But it doesn't seem to make sense even when you change it to perfect, either: 这件事被公司负责了 could be valid only in some situation that, say, you're dying to take charge of something for some reason, but it ends up the company has taken it.

On the other hand, 由 A B is a formal expression also partially corresponds to passive in English, literally reports B realizes from/via A, or be B-ed by A with its initiative.

由 has the meaning of 原由（reason）.

Some bad things may caused by 公司, or it is none business of the person, but 公司 hope to take responsibility. choose 由.

In other situations, you can choose 被

被 has historically only been used for unwanted or negative actions, like 他被杀了. This is because 被 also means 遭遇 or catastrophe in general.

Even if modern usage permits 被 as a general passive marker, 由 is more adequate for the reason given above. It is more neutral. 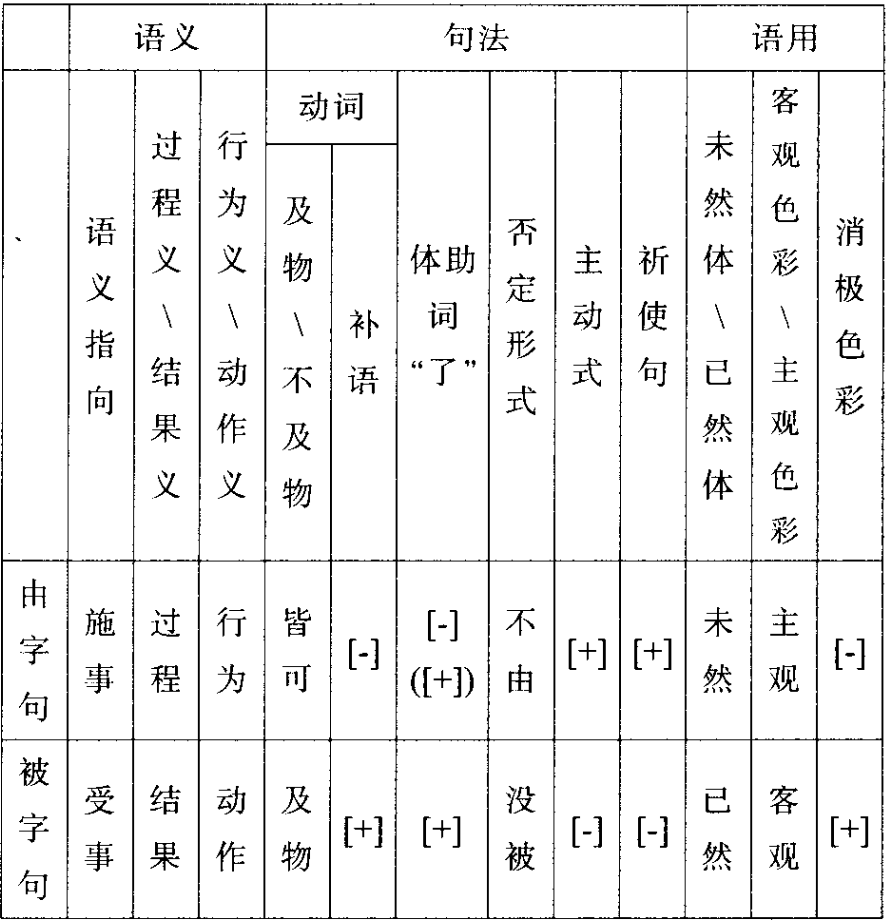 Here is an English Version that I tried to translate.

Has it something to do with word: 来由? I mean 来由 is a "reason, a cause". So whenever you put Object(Obj) inside this "parenthesis" 由Obj来 you emphasise the cause of the action? or smth?

So as I think as an example:

Literally: "From me comes something"

11
Measure Words and their English Analogue
2
Is there a "better" translation for "你我还没完呢"? Why is it "你我" without a possible "和"? And please can anyone confirm the function of "呢" in this one?
1
Why did the writer use 支 here？
1
When should I use 地 with an adjective and when should I not use it with an adverb (and why do some adverbs require 地)?
3
Meaning of 的 and 之 when both are used in the same sentence
2
Which grammatical rule is being used here?
0
Is it essential to highlight the use of a metaphor with 像...那样 or something to this effect?
1
Is this an example of chaining adjectives?
2
What are some examples of stative -le and iterative aspect in Mandarin?
2
What does it mean when there are 2 verbs next to each other in a sentence?