What Does Unicode 8.0 Mean For Chinese?

So, I think I just wrap this up in a proper answer instead of some comments with links.

Basically, there are two major changes:

Characters from the first page of the file: 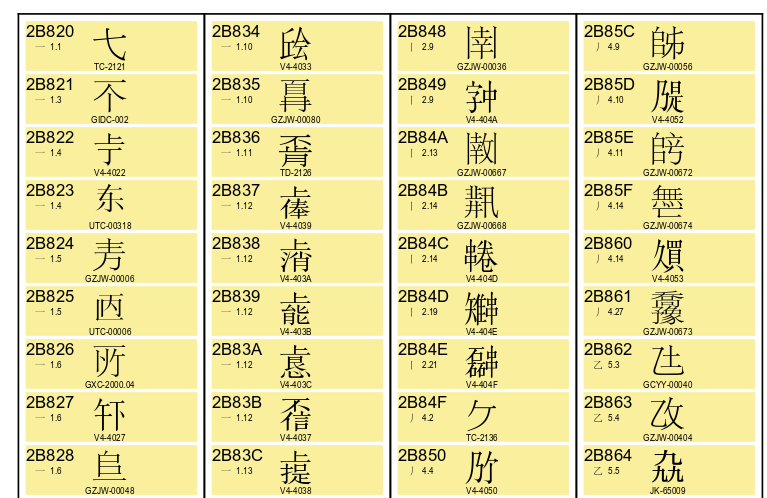 According to Wikipedia, in the early stages of the new standard version, CJK-E was originally intended to include another 16,000+ characters not present in CJK-C. However, in May 2007 the Republic of China (Taiwan) withdrew 6,545 personal name usage characters deemed no longer in use,in May 2013 China withdrew 6 characters, and many others were later withdrawn or moved to CJK-F (projected), so the current version includes 5,762 new characters. CJK-E including 5,762 Han characters will be new in Unicode 8.0.

Here's a Wikipedia article that will document these, but most browsers fail to display the characters yet.

12
How are blanks indicated for placeholders in Chinese (like ???)
0
Does 宝 have its own history separate from 寶?
1
Weird Chinese Characters
0
Origins and usage of '襨'
3
For the HSK, what do I need to know about characters which appear differently?
0
Mandarin Chinese Alphanumerical Ordering
4
What do the characters I've found on this old gun mean?
5
How does 子 come to mean 'midnight'?
3
How many unencoded characters still exist?