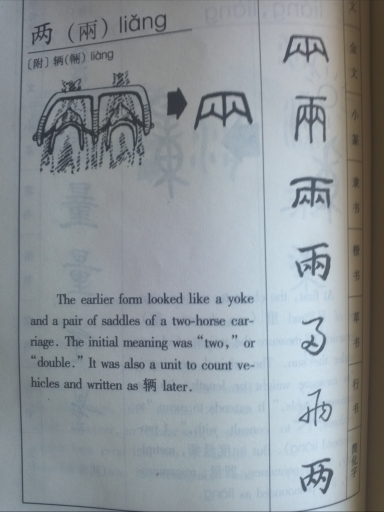 29
Number two in chinese: 二 vs 两
13
What is the status of 什么来的 and 什么来着 in standard and colloquial Mandarin Chinese?
5
Etymology of 三寸不烂之舌
9
份, 个, 本, 两: How do they function in these sentences?
4
How can you discern which meaning of 怎么 as an interrogative should be used in a sentence?
2
How can I use 有点 or 一点 to add "a little" to a verb?
2
What's the difference between 在 and 于 as a preposition?
0
快 vs 快点, what's the point of "点" in this case?
0
Why use 碰头 (pèngtóu) to mean "meet" instead of say 见, 见面, or 看见? (In e.g. 过两分钟我们在外面碰头)
16
What's a good place to look up the etymology of certain Chinese words that aren't immediately obvious?