While I understand the meaning of 怪獸 - Monster, it does not seems to be a word used in ancient time. Moreover, it seems to be related to Japanese culture (kaij). Is this term originate from Japan?

Although the current usage of 怪兽 is dominated by the Japanese 'kaiju' concept, the word is probably not a Japanese creation.

The modern word 怪兽 was probably reintroduced into Chinese by Japanese filmmaking, as this word only shows up in Chinese after the late 1930s, which coincides with the emergence of the Japanese kaiju movies. 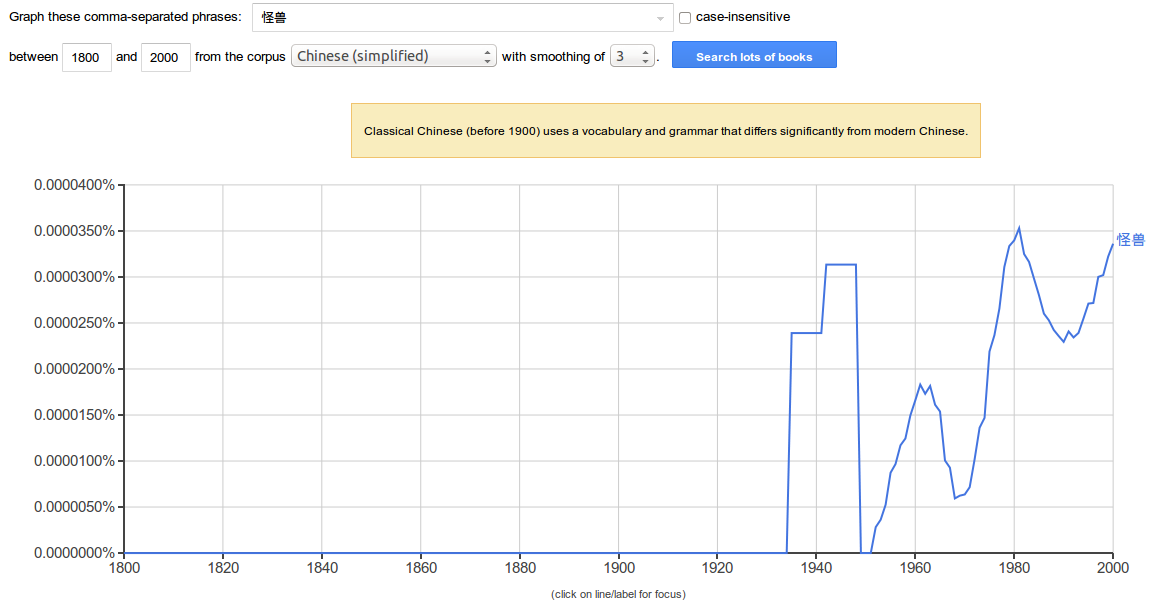 6
Where does 馬上 originate from?
13
快: why does "fast" also mean "happy"?
1
Meaning & Etyomology: 博眼球?
8
Are the Cantonese word 係 and the Japanese word はい related?
5
Etymology of glyph 袭 = dragon + clothes?
2
How comes the word 偶像 is related to worship?
6
What's the logic behind the word 从事?
2
How old is the term 哲学 as a name for philosophy?
0
Understanding glyph origin of 勤 better
4
What is the origin of the word 鬻?