The meaning of a Chinese inscription found under a little sculpture

I bought a figure of a taoist wise some years ago, and in all these years I have been unable to decipher the tiny seal (1cm x 1cm) under the figure.

It is an important figure in my life and I would be extremely thankful if somebody could help me to understand the meaning of the text. The figure is holding some kind of receptacle (a bowl) in his hand and has a cloud carved on his back.

I have been looking at the dictionary to decipher the characters under 林, and the most similar characters I have found are ji 己, and qiǎo 丂… but I am not sure if these can be the correct ones… I guess it is very difficult to "translate" a proper name… 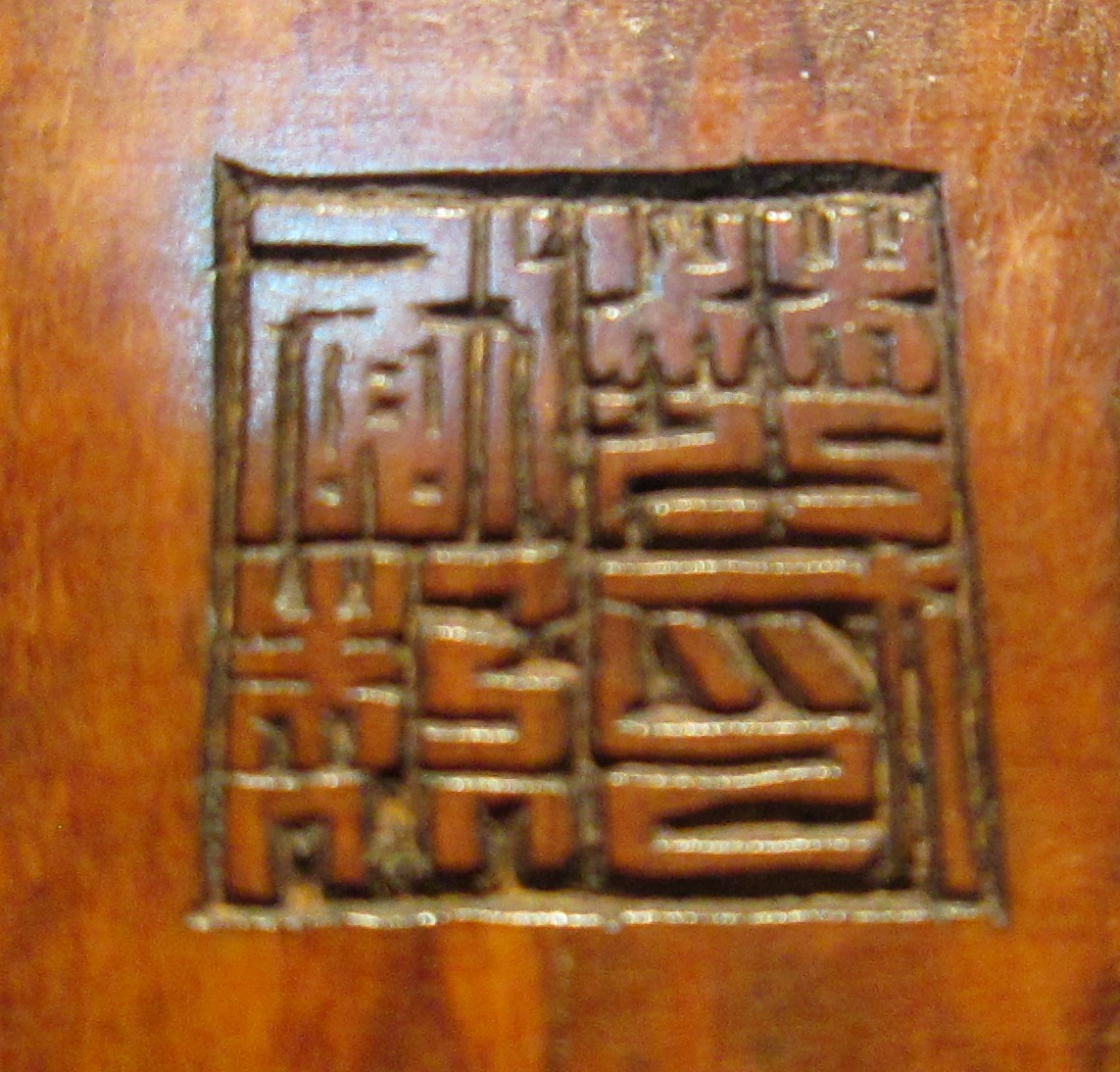 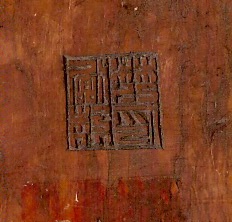 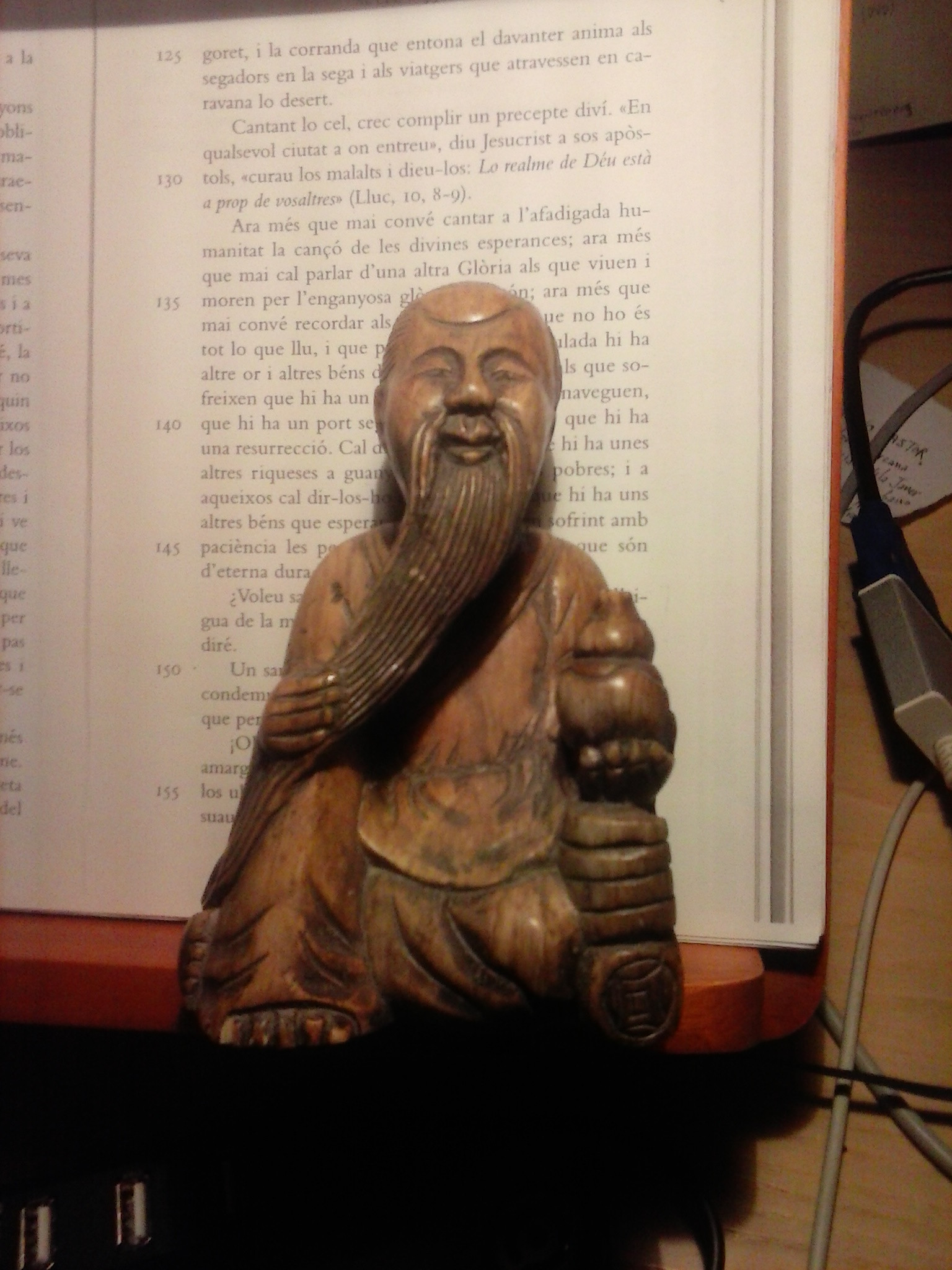 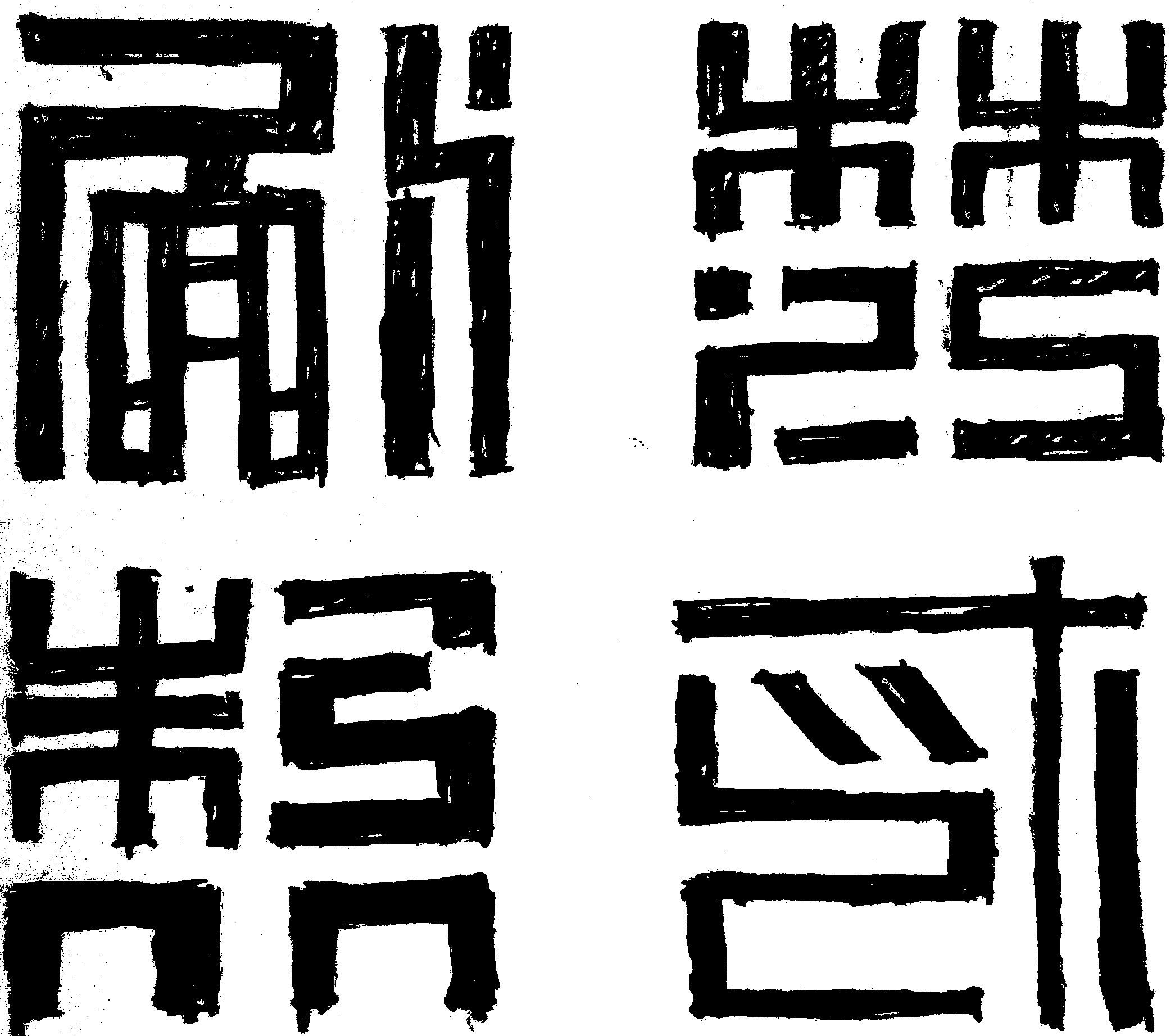 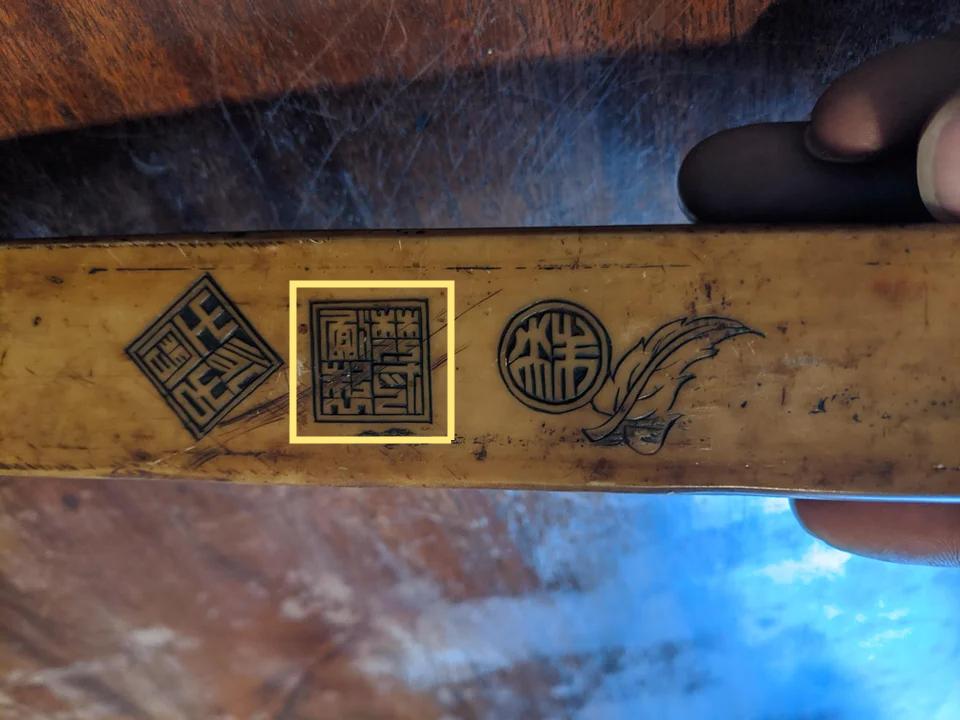 I've managed to find something based on Meruemu's answer:

However, the top-left glyph has a similarity to this:

(廠), mostly the bottom-left part and the right radical.

Also, the top-left glyph has a similarity to this:

(居), the left part is mostly the same. I wonder, could the top left glyph be the Simplified Chinese character "剧"? The Traditional Chinese glyph is:

. Isn't it an exceptional similarity?

I thought the original drawn picture hasn't capture every detail of the seal so I've decided to draw one from the image given.

The photo of the one I've drawn 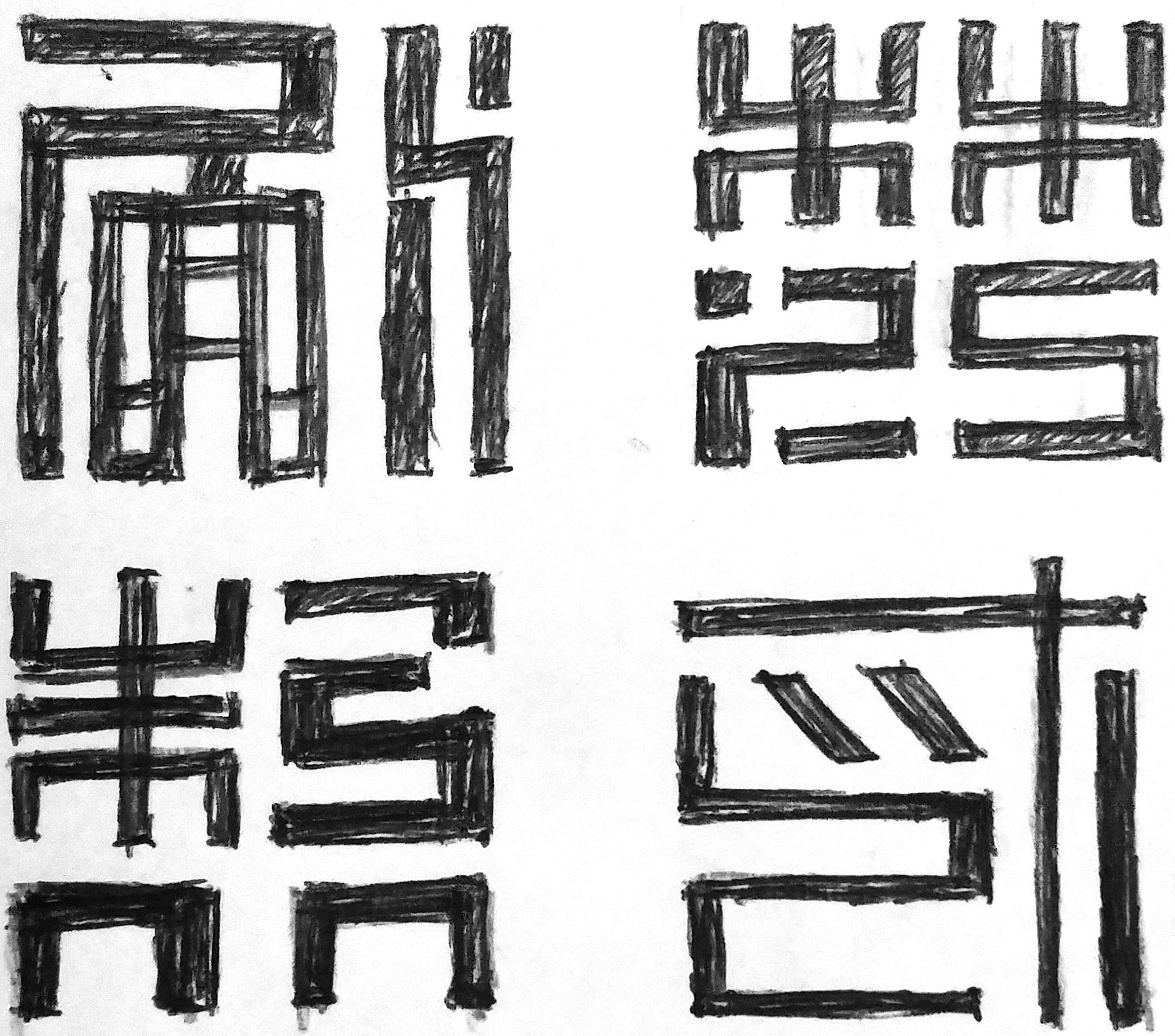 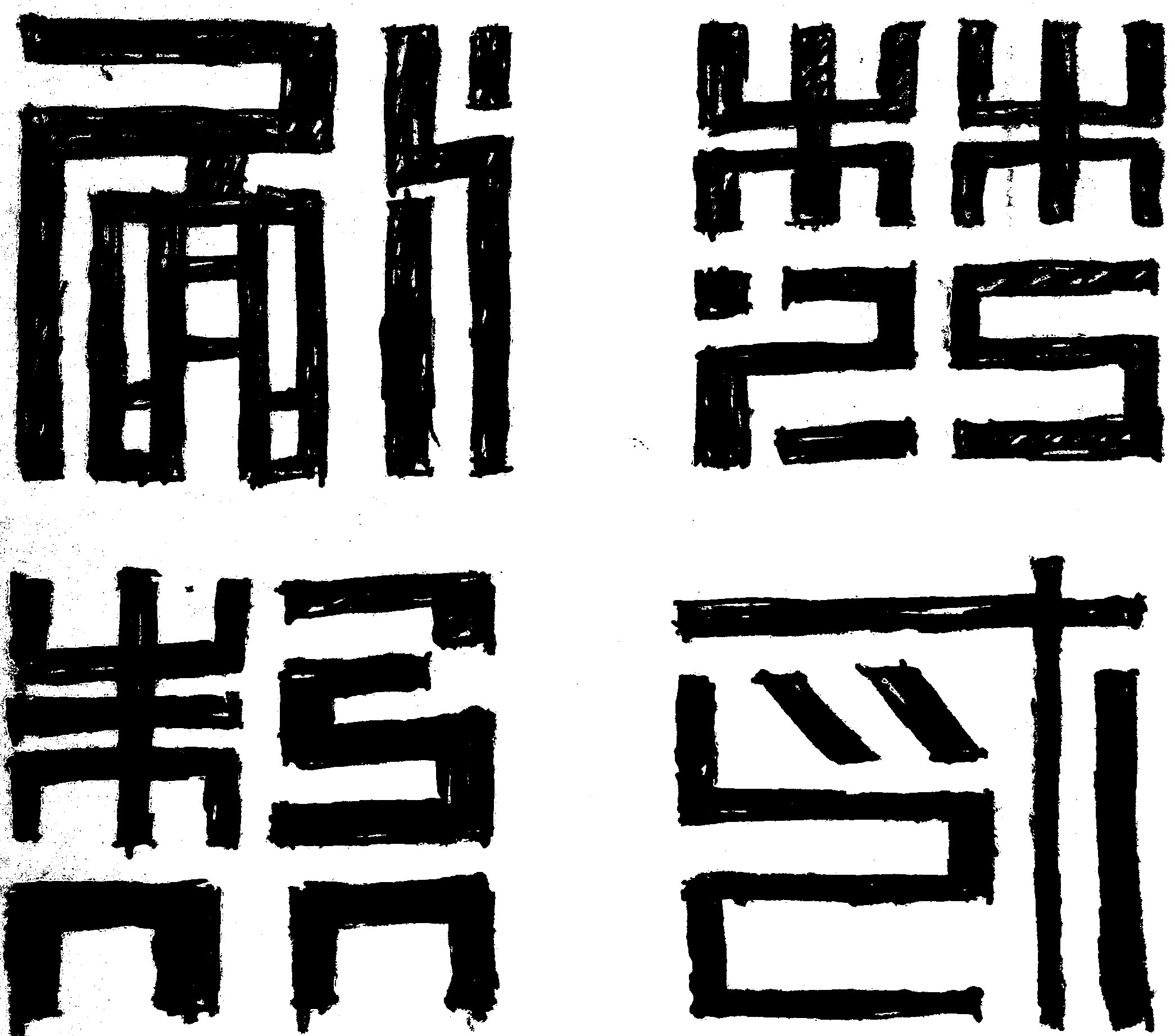 A Chinese seal usually follows the format of XX之印 “The Seal of XX” or XX制印 “The was made by XX” (where XX is a name). This seal follows the latter format.

The top part probably is the name of the seal maker and the upper part of the top-right character is 林. The bottom two characters are most likely to be "制印", meaning "made the seal". Will complete this answer after finding out/confirming all the characters on this seal.

No idea what it says, but I changed the image for itś negative, this way it may be easier to read, because these are the characters. 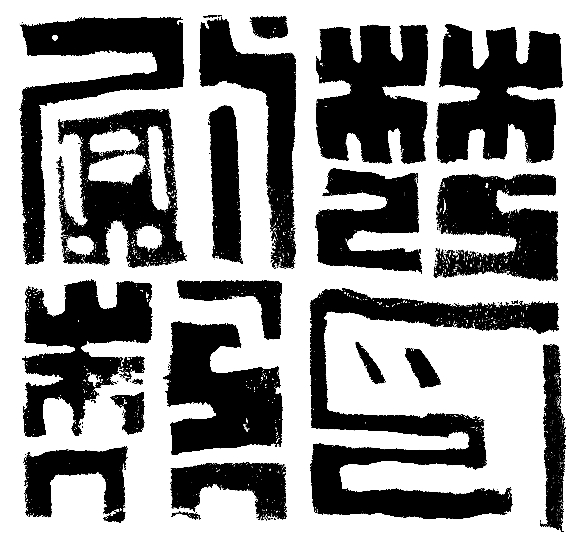 A collector maie just put me on the trail of your site and on this page. It so happens that I too have a similar character bearing this seal in sigillary characters. In my opinion, the character is Lao Tzu or Confucius and he wears on his back a turtle shell with a text (the Yiking probably). A saber divides the book in two, it is fixed in a mat. The material may be a carved steatite or a harder stone. 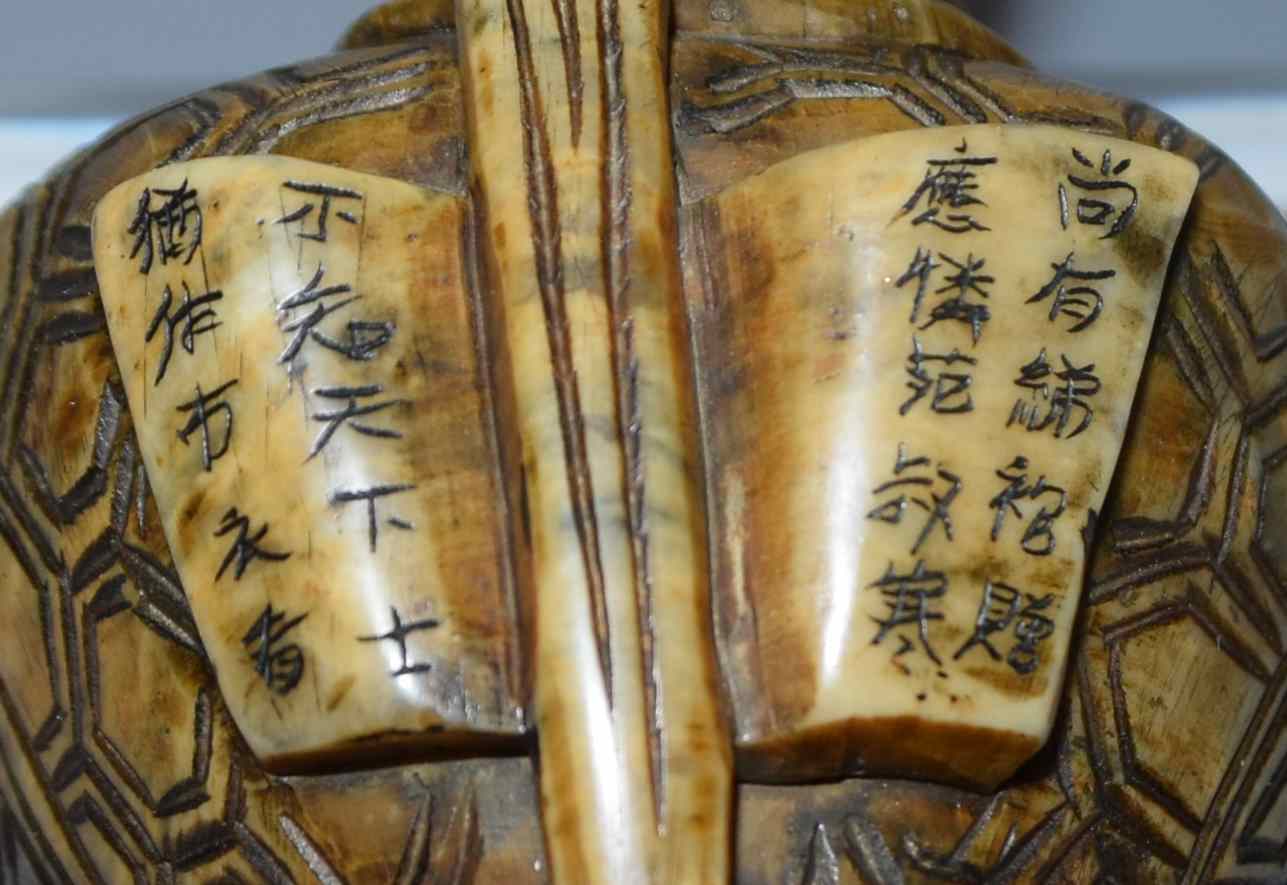