What's Baidu doing with all these crazy characters everywhere? 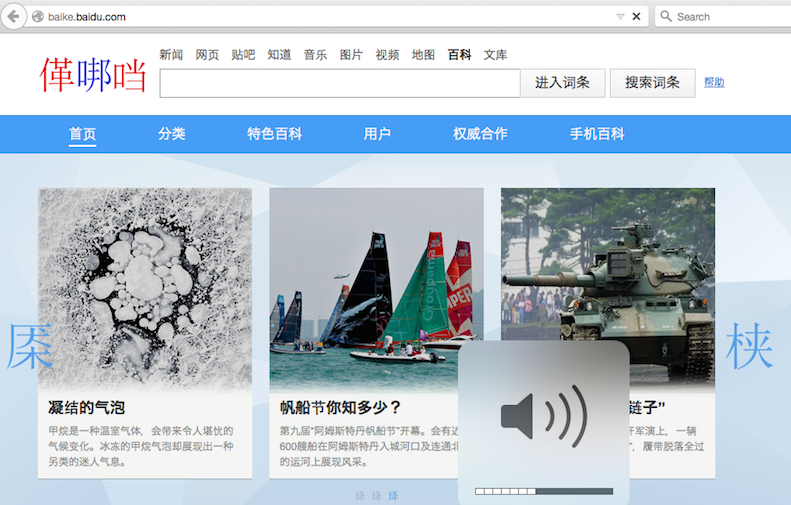 Seems kind of meaningless to me.

What you see is meaningless text. This is actually a web development technique. They are attempting the use a custom designed "font" to display icons instead of the weird characters. However, when the icon font failed to load, your browser then attempts to display the "text" with a fallback font, generally: "Arial", "Times New Roman", "PMingLiU", etc.

So instead of 梜, you should see an chevron to the right. That's because they filled the font with icons.

Here's an example of such font: Font Awesome

Can I use icon fonts to write a passage?

Icon fonts are only meant for graphical displays, not readable font. You cannot type a paragraph with the icon font, they would probably all be icons (for you to decipher ;) ).

Why did they use icon font, why not pictures?

That is because modern font is vector graphical. That means you can scale they up or down and they will not get pixelized. That is great for devices with high quality displays. Also, because loading a font means you can change its color and the pack will still be smaller than an image pack.

Those crazy characters is actually meaningless for native Chinese.

I find baidu use a web technique that use character encoding to simplify their development.

So it is not the problem of baidu, maybe caused by some other extensions or softwares. Or maybe your brower do not support the technology.

Suggest you change a browser(NOT IE) to find whether the problem still occured.

27
Why isn't 四 four lines? (the origin of 一 二 三 四 五 六 七 八 九)
3
Simplified/Traditional Chinese characters commonalities with Japanese Kanji
1
Logic behind the strokes of complex characters
2
Cantonese special characters
3
What's the differece between 朘 (U+6718) and 脧 (U+8127)?
0
Why can't I write the character 台 in my pinyin input method?
1
What do these two seal stamps and these three characters on my Chinese painting mean?
1
Artistic characters?
3
Etymologies and relationship between the characters 錘, 槌, 鎚, and 椎
2
What's the meaning of “刀不长眼”? Is it proverb or something like that?