I assume simplified Chinese would give the best result?

Currently in our product, which supports English only, our smallest font size is 5 x 7. I'm pretty sure Chinese symbols will need more resolution.

As far as I know, the recognizable lowest resolution for Chinese characters, is about 8x8 pixels. The following paragraphs are rendered by the Special SimSun font's smallest 8x8 bitmap glyphs (Note: "Before Revision" is rendered by the Windows Vista's default simsun.ttc; "After Revision" shows how Special Simsun improves the quality). I believe native speakers are able to read these 8x8 resolution characters within the context, though a few are difficult to be recognized individually. 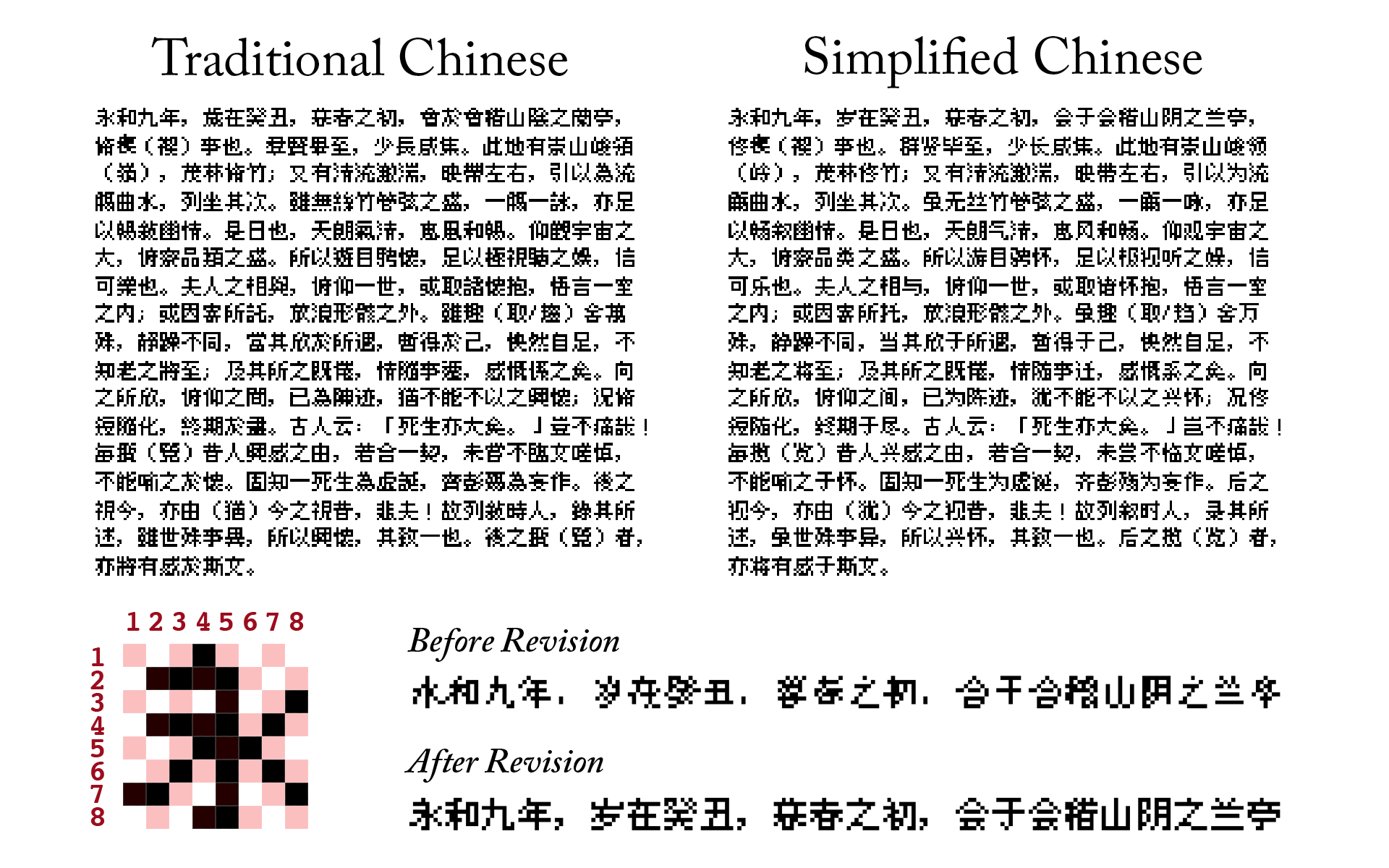 It would be remiss of me not to mention the 7x7 resolution font: 超宋体 (Super Song) made by 夏夏@bbs.themex.net. However, this font is simplified Chinese only, and we can imagine it will be even more difficult to read than 8x8 resolution characters, so my conclusion for OP's question is "about 8x8".

The following paragraphs are rendered by the 方正像素12 font with its 12x12 resolution glyphs. Almost every character can be recognized without context. Of course, compared with the 16x16 resolution, it has to lose strokes even for many simplified characters; however, yes, native speakers may feel relaxed to read them now. 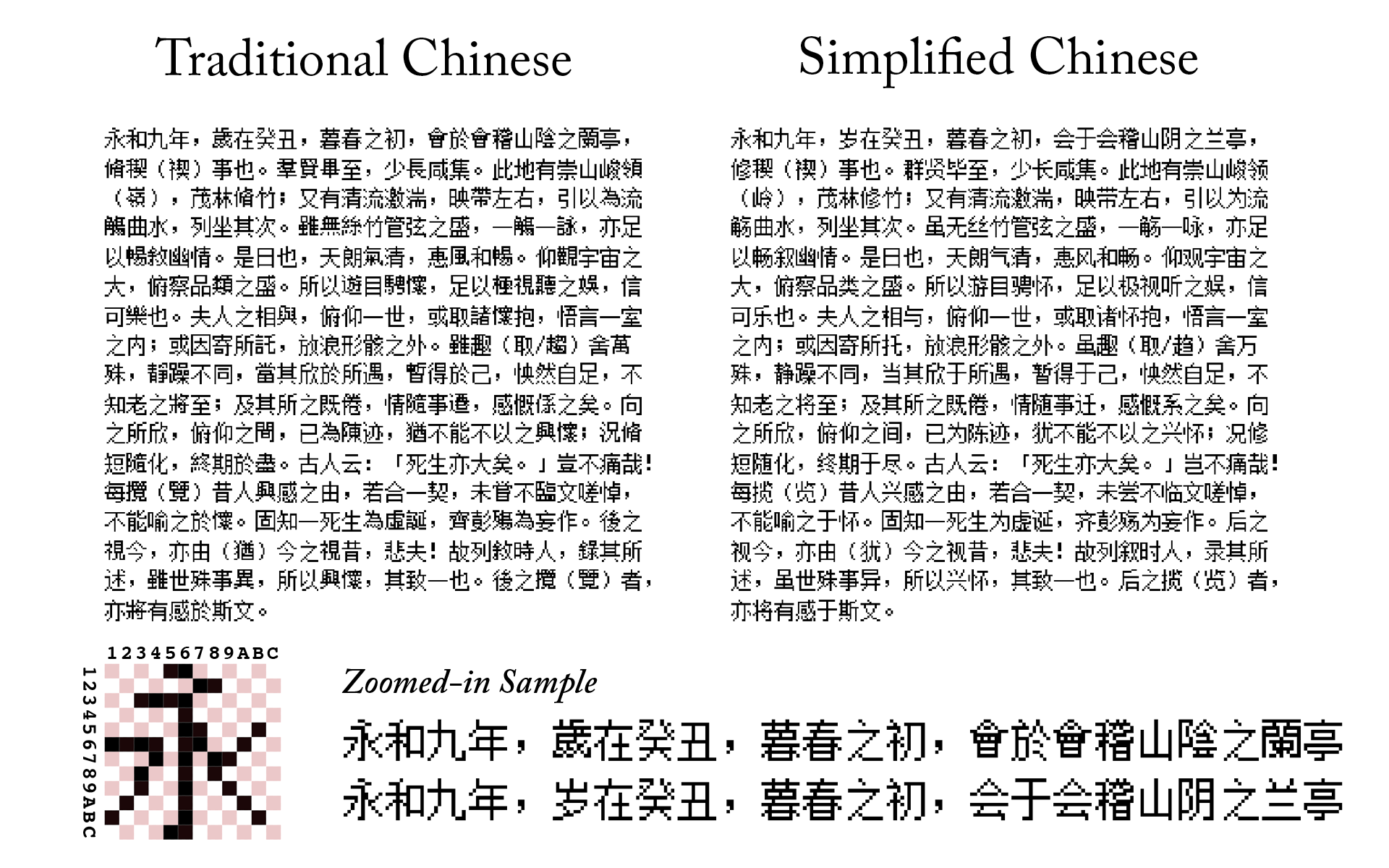 Stan's answers are great, but assume NATIVE speakers. As a newbie, and assuming GRAYSCALE (I personally find it hard to read anything lower than 16x16)... If you are using an OLED display that is only capable of monochrome, I think newbies will need MUCH higher (at least 24x24).

Not the answer you're looking for? Browse other questions tagged simplified-chinese writing fonts or ask your own question.