What does 旧币 refer to exactly? 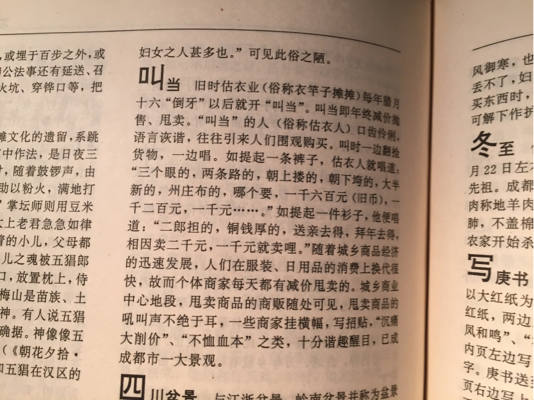 It mentions a pair of pants might be hawked for:

The definition does mention 铜钱, but I'm not entirely sure what 旧币 is exactly, especially because 一千 and 二千 is a lot.

What exactly is this 旧币 referring too?

旧币 literally means "old currency"; it is not referring to any currency in particular, and without context it's hard to be sure. I believe the usage of "旧币" is only to tell the reader that, despite using "元", it is not referring to the modern renminbi, which has never had a value so low that old, off-season hawked clothes would cost thousands of it.

Of course there are numerous historical Chinese currencies called "元", and if you keep their value in mind, it could have been during the late civil war's hyperinflation, but since currency valuations were so much in flux during this period, this answer is less likely.

Even less likely are the various pre-Republic yuans, since they were pegged against stable, high-value foreign currencies like the Japanese Yen and Mexican Peso (no sarcasm, these were both stable and high-value in the early 20th century).

By the way, I would pay more attention to the usage of "元" in the prices than the phrase "铜钱". The latter used to be real currency but is probably being used as a synonym of "money", just as "钱" used to be a unit of currency but is now used as the word for "money" today.