Practical conclusion from the responses: No digital media currently focus on the precise pronunciation of Pinyin Dao, or Beijing for English speaking students of Chinese. You must look to sources on IPA on line or for purchase.

Most English speakers need explicit phonological explanation of how to speak the distinction of voiced /b,d/ from unvoiced /p,t/, along with hearing it demonstrated. We typically cannot hear it from demonstration alone, let alone produce it, because this contrast is changing in English usage (and other Germanic languages as well). The very complicated current situation is described at https://en.wikipedia.org/wiki/Voice_(phonetics)

The issue is not just this one word Dao but includes at least b and d as initial consonants in Pinyin. Every expert work I have looked at on the issue agrees with https://en.wikipedia.org/wiki/Daoism%E2%80%93Taoism_romanization_issue#Notes

They say the initial of 道 /Dao is a tenuis voiceless alveolar plosive, close to the IPA symbol [t], but although Pinyin d is unvoiced, it often gives the impression of being voiced to the untrained ear. And because Pinyin d has no voiced alveolar plosive allophone in Mandarin, native Chinese speakers do not find it important when foreigners say it voiced.

On the other hand, English speakers actually distinguish between the tenuis voiceless alveolar plosive (the Pinyin d or the t of "stop") and the d of "dog," but are not good at hearing the distinction, because they are allophones of one phoneme in English.

This question on English stackexchange bears on the matter: https://english.stackexchange.com/questions/203866/pronunciation-of-st-when-is-it-sd-and-when-st It confirms what @Janus Bahs Jacquet says in a comment below, that the English usage is pretty variable.

I'd like to have some good models for how to pronounce these things. I know about the "t" in "top" versus "stop." I can do that as an exercise. And I am beginning to think that may be the best approach I can take. But I'd still like to hear some carefully pronounced models of the Mandarin words.

Can anyone point me to a web site or a cd where I can hear careful examples of these distinctions?

I also pronounce t exactly in the same way for stop. The native English pronunciation of dog and stop might be different, but to my ESL ears, they are exactly same.

Here is another online tool teaching Pinyin 汉语拼音全套flash. Scroll down and look for these flashes: 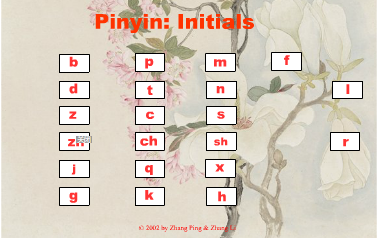 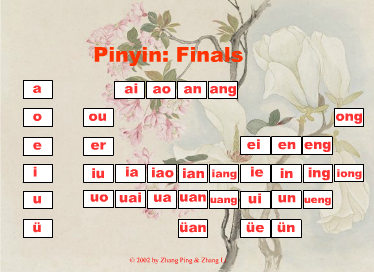 The male pronunciations are also 100% correct.

Not the answer you're looking for? Browse other questions tagged pronunciation phonology or ask your own question.