I'm a Vietnamese preparing to celebrate the Lunar New Year and have found this piece of decoration. I think the Chinese character on that is a Traditional one, pretty calligraphic and notably containing the 龸 part (I guess). I've tried looking up this character in our most reliable Han dictionary (from Traditional Chinese characters to Vietnamese), but failed. Moreover, I've searched it on the LINE dictionary (Chinese to English), and the best result I've got is 常.

Now I'm here to seek help. What is this character? Thanks in advance. 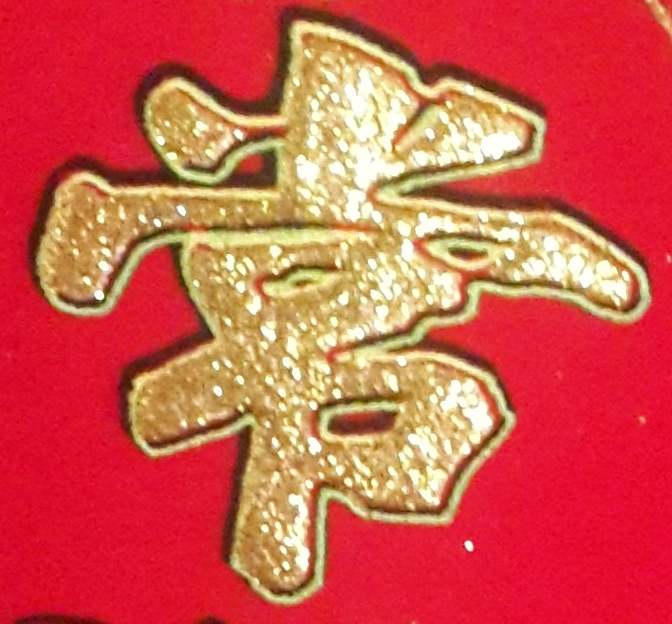 What you posted is 常 (pinyin: chang2).

It means always or often, and with New Year decorations, can appear in combination for example in well-wishing phrases about happiness, fortunes, health, etc.

Recognition might be difficult because this is not the regular script typically seen in print text, but is instead written in semi-cursive script, also known as running script (pinyin: xing2 shu, t: 行書, s: 行书, Vietnamese: Hành thư)

Another example, listed as semi-cursive:

Not the answer you're looking for? Browse other questions tagged characters traditional-chinese character-identification or ask your own question.