Is written Hakka the same as simplified Chinese?

Hakka is a dialect of Chinese and therefore should be considered when speaking however what about writing? From a translation perspective is there a specific way to write Hakka or is this the same as Simplified or Traditional Chinese?

I have an old Hakka textbook, published in Singapore in the 1950s. It is written in transcription (for the learner) and in Chinese, using Traditional characters, including some Hakka-specific characters -- borrowed most probably from Cantonese -- like 冇, 唔.

Below are a couple of pages. Today, though, it is rarely written, and when it is, the writer will use whatever character set he or she uses for Mandarin. 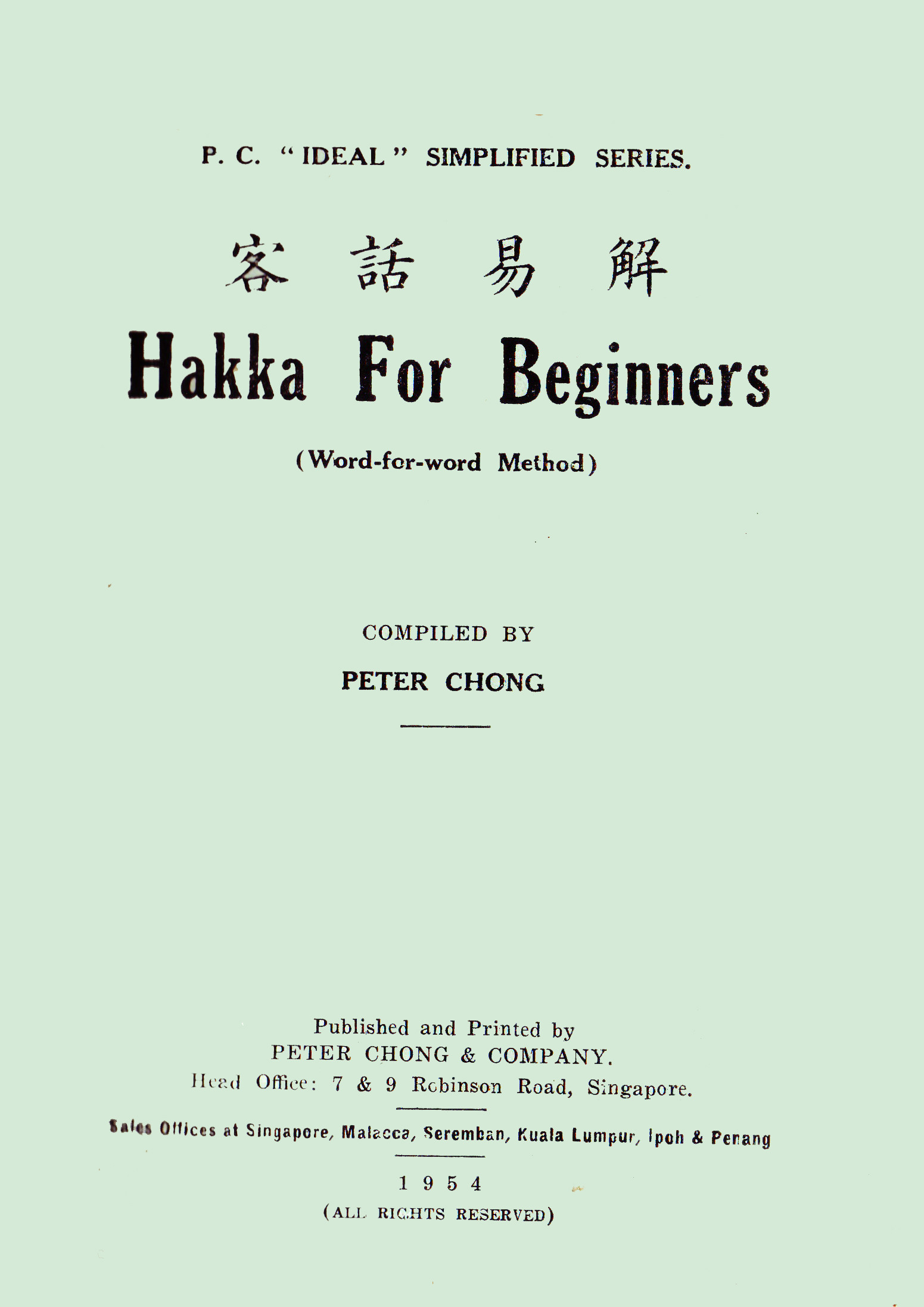 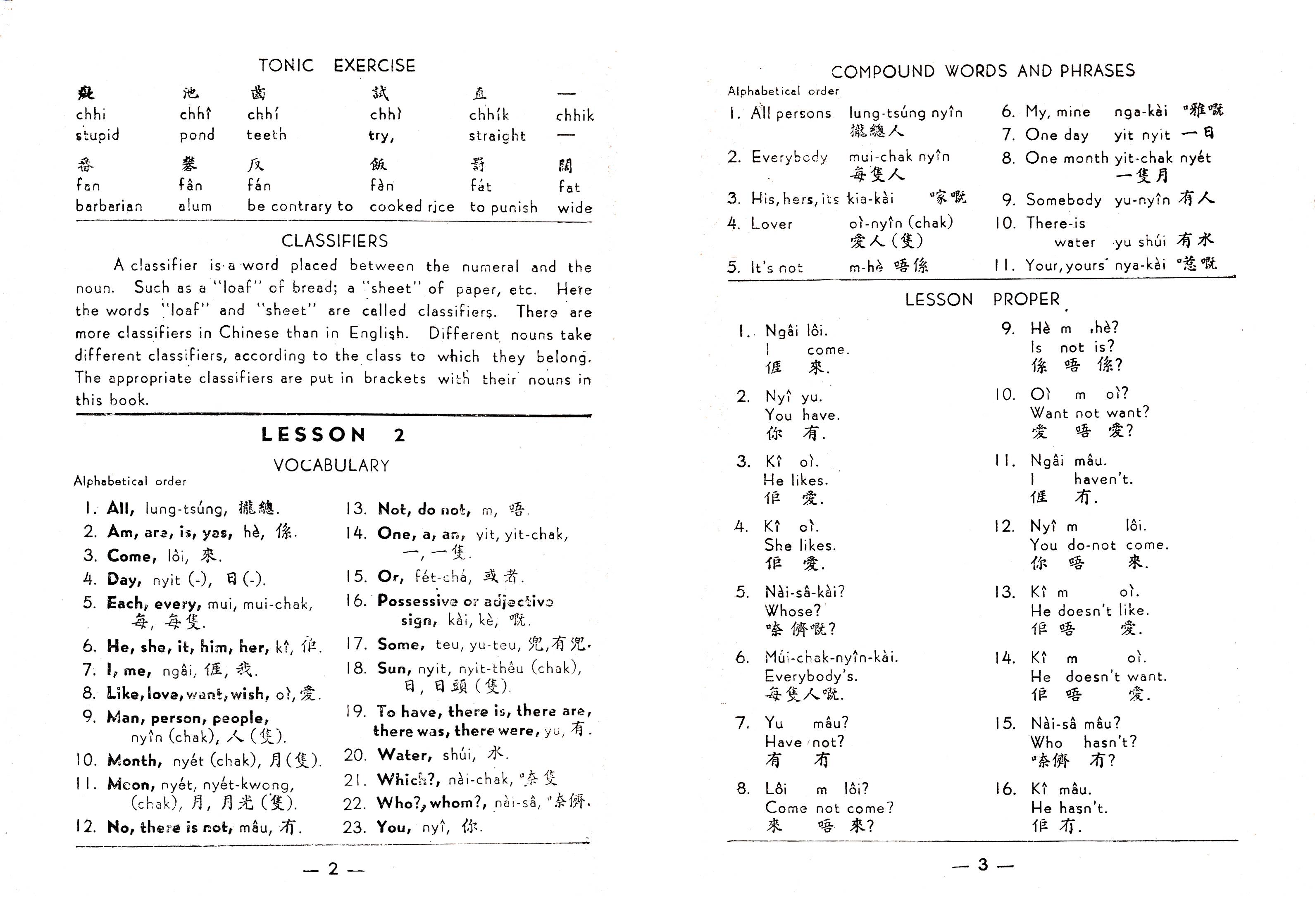 I am not aware of any Hakka writing. Theoretically, you could express Hakka expressions using Chinese characters used for Mandarin PLUS Hakka-unique Chinese characters, either old characters not used in modern Mandarin or created specially for Hakka. This methodology has already been adopted in Hong Kong for Cantonese and in Taiwan for Minnan Yu. Missionaries who came to Hakka speaking areas about a hundred years ago might have invented romanised Hakka for the purpose of producing a Hakka Bible. I don't know if they did.

Whether simplified or traditional is a matter of the appearance/shape of the characters. Simplified characters have less number of writing strokes than their traditional counterpart. In any case, only a very small portion of the full set of Chinese characters are in the simplified form. Thank you.

There will not be an official writing system for hakka if there is no country using it as their official language. Although recently Taiwan has acknowledged Hakka as one of their national languages, the standard is still a long way to go. Taiwan cannot go out and dictate the whole hakka diaspora on how they want to write Hakka in each region on the planet. The only way to solve this is to set up a World Hakka language Commission, which should be responsible for compiling and approving a united writing system for all the variety of Hakka on the planet. IMHO.

Chinese is a total different language compared to other languages since it's ideographic. For thousands of years, it's been learned by Han people all over the country. People in different regions may have different pronunciation for the same word, but we can still understand what the meaning of what's written down.

Hakka, a branch of Han, also writes Chinese for hundreds years. There isn't an official writing system for Hakka based on the pronunciation since it's not necessary. So there is no difference between writing system of Hakka and Mandarin.

I'm sorry, my answer seems out of topic. But I am just trying to explain the simple answer for the question. -- "Yes, they are the same. Because there is not official writing system for Hakka."

Not the answer you're looking for? Browse other questions tagged translation hakka or ask your own question.

3
How Archaic is James Legge's Written Chinese in this Side by Side English/Chinese Book?
3
Issues with machine translation from Traditional to Simplified (not vice versa)
6
Strange pronunciations in Hakka song
1
Looking for Hakka old song about Tofu Seller
6
What is the difference between Chinese simplified and Chinese traditional?
3
Hakka equivalent of 把
10
Questions on a Hakka song and its particular Hakka dialect
3
Is referring to Mandarin as just "Chinese" problematic?
1
What do Chinese write on a condolence card?
0
Google translation of English subtitles gives other Chinese words - what exactly was said, what dialect?