Meaning of text on a picture

I have a piece of artwork, a paper rubbing (see the images attached) with a piece of text on, which I'd like to know the meaning of. I suspect it is in Chinese, but I'm unsure.

Online tools like https://www.newocr.com/ and http://www.i2ocr.com/free-online-chinese-traditional-ocr for character recognition have failed me completely, and I don't have an Android phone to try Google Translate on the image.

I have checked the list of characters at on the list http://www.zein.se/patrick/3000char.html. Number 49 is somewhat similar to the last character on the drawing, and from the topic I'm guessing it has something to do with distance, but I couldn't get any further than that. Checking for Japanese as well, I have skimmed https://en.wikipedia.org/wiki/List_of_j%C5%8Dy%C5%8D_kanji and the last character on the drawing appears as number 314, meaning "rut"; this is rather unhelpful. The size of the rubbing is 47 x 35 cm, the size of the text on it is 2 x 6 cm.

Could you please let me know the meaning or point me in the right direction? I'd also appreciate any hints about the cultural context, if there's any. 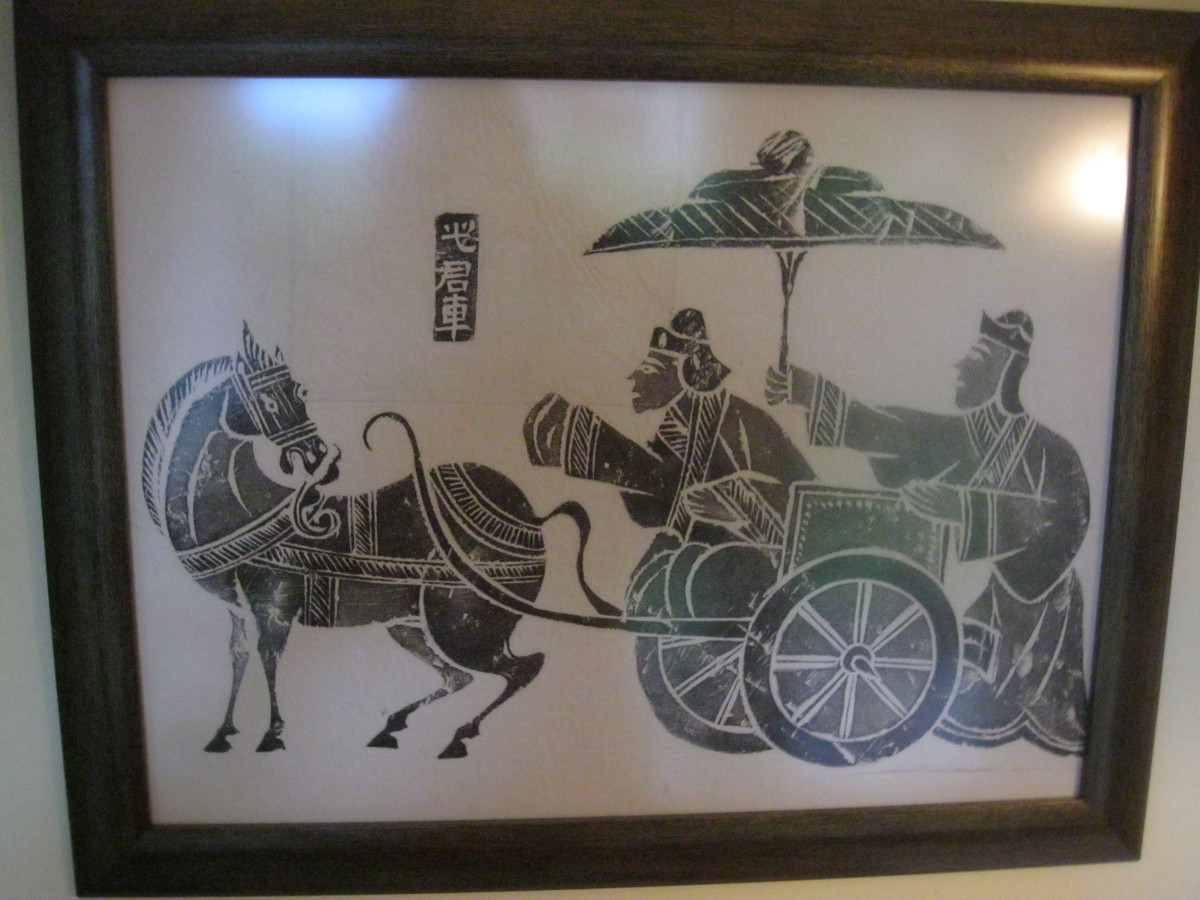 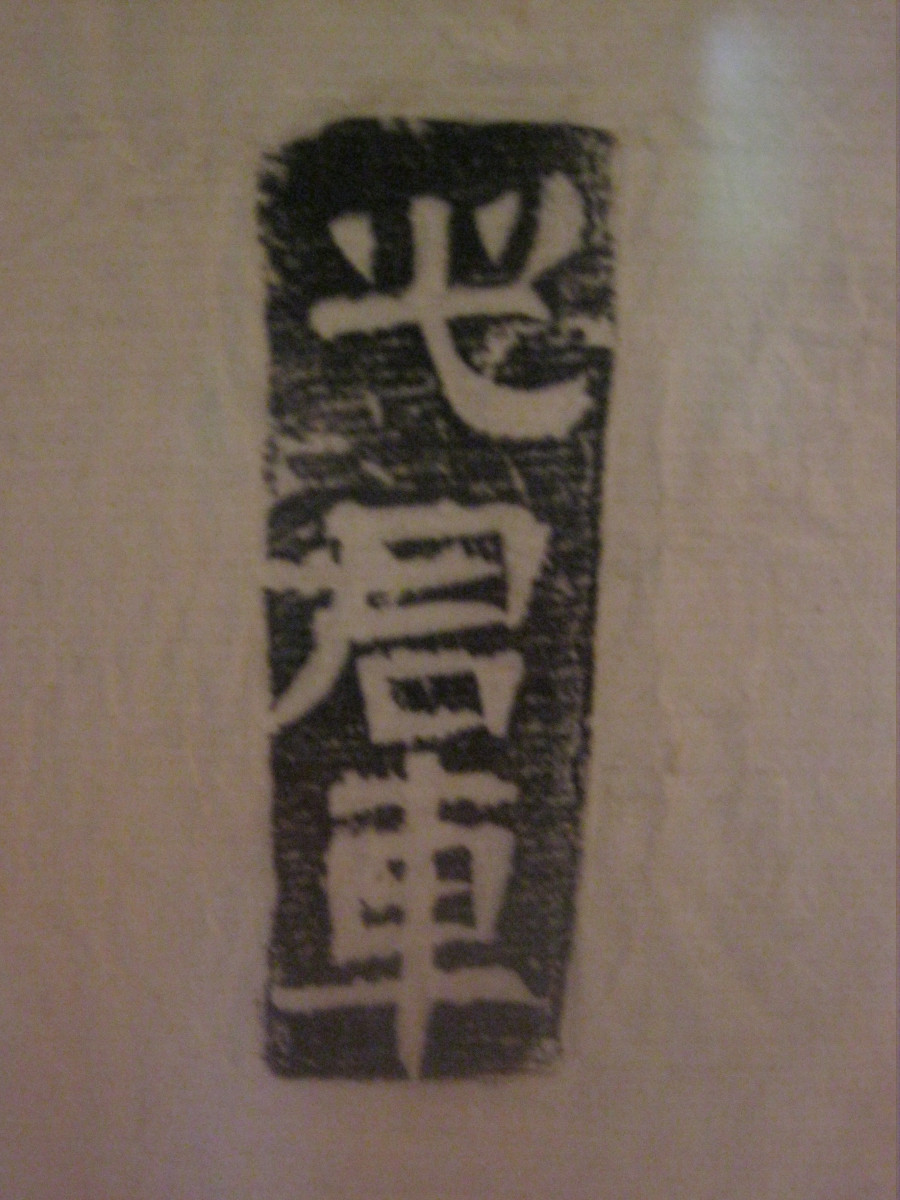 It's a rubbing of 此君車. The proper translation is

This (is) the master's chariot

as said in Wang Dingwei's answer. The man on the chariot could not be a king, because the structure of the chariot was just too poor for a king.

I am not an expert on stone carvings (畫像石) of Han Dynasty, but I happen to have read some volumes of the series book Chinese Stone Carving Corpora – Stone Carvings of Han Dynasty in Shandong (中國畫像石全集: 山東漢畫像石). I will try to cover information of this rubbing as complete as possible, but be aware, my conjectures are not necessarily correct.

Where did the rubbing come from? 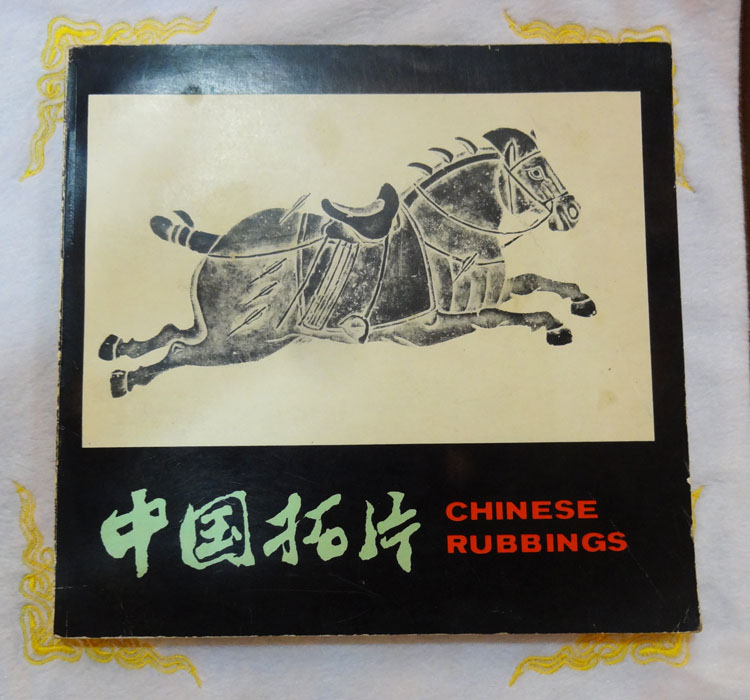 The preface of this book said:

The rubbings exported by China International Book Store mainly include two categories: ink rubbings (black and white) and color rubbings. They are well made and the image and rubbing ink can keep the original. They can serve art lovers for collecting and appreciating purpose.

We have the rubbings listed in this catalog in stock. Orders are welcomed.

The rubbing in the question is one of them listed in this book, numbered "BS-2014" with a brief description:

Rubbed according to the stone carvings of Han Dynasty in Jiaxiang, Shandong Province. One chariot. The rider is the master, taking the rein pulling the horse; the follower is the servant, holding the canopy aloft. 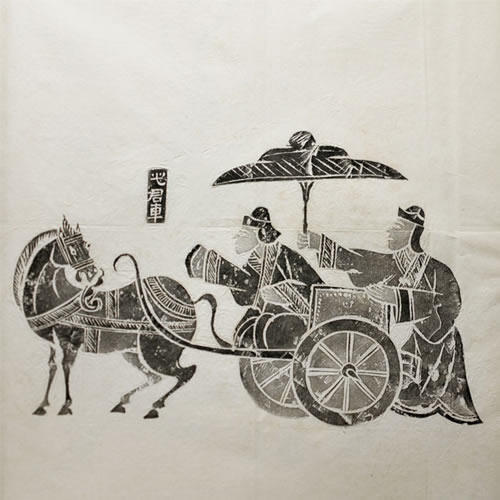 Other similar rubbings of chariots in this book are 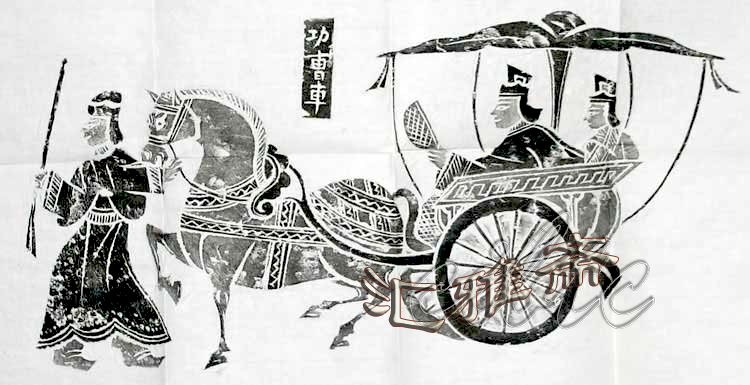 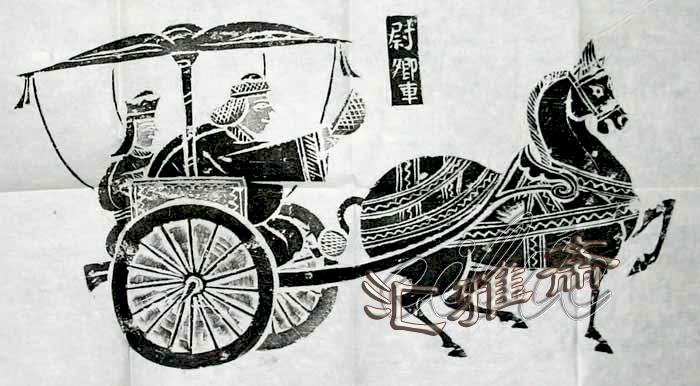 Story behind the rubbing

Before introducing what this kind of rubbings were used for, let's enjoy the "此君車馬" rubbing first:

原石編號「前石室五」。畫面自上而下分為三層，層間分別隔以雙菱紋，連弧紋，花紋帶和橫欄，下邊飾鳥、獸、雲龍紋和連弧紋。第一層，銳頂部份，中刻西王母端坐於交龍上，兩側有羽人、玉兔、蟾蜍、奇禽異獸。第二層，刻孔門弟子一列二十二人，皆冠服左向恭立。第三層，刻一列車騎左向行。畫像殘泐，有榜題「調間二人」、「此騎吏」、「此君車馬」、「主簿車」、「主記車」。右端一人恭送。
The original number of the stone is 前石室五 (5th of Front Stone Room). There are three stories in the picture. Double diamond patterns, Connected arc patterns, flower patterns and horizontal bars separate different stories. On the top story, the acme, Queen Mother of the West sitting on two crossed dragons is carved in the middle, with bird men, Jade Rabbit, Toad, supernatural birds and beasts at both sides. On the middle story, twenty-two apprentices of Confucius with costumes standing respectfully facing leftwards are carved. One the bottom story, a row of chariots heading left are carved – The image is damaged, and there are titles "調間二人" (two Tiaojian's), "此騎吏" (This cavalry [is a] officer), "此君車馬" (This [is] the master's chariot and horses), "主簿車" (Head Clerk's chariot), "主記車" (Head Secretary's chariot), and there's one man cordially seeing them off on the right. 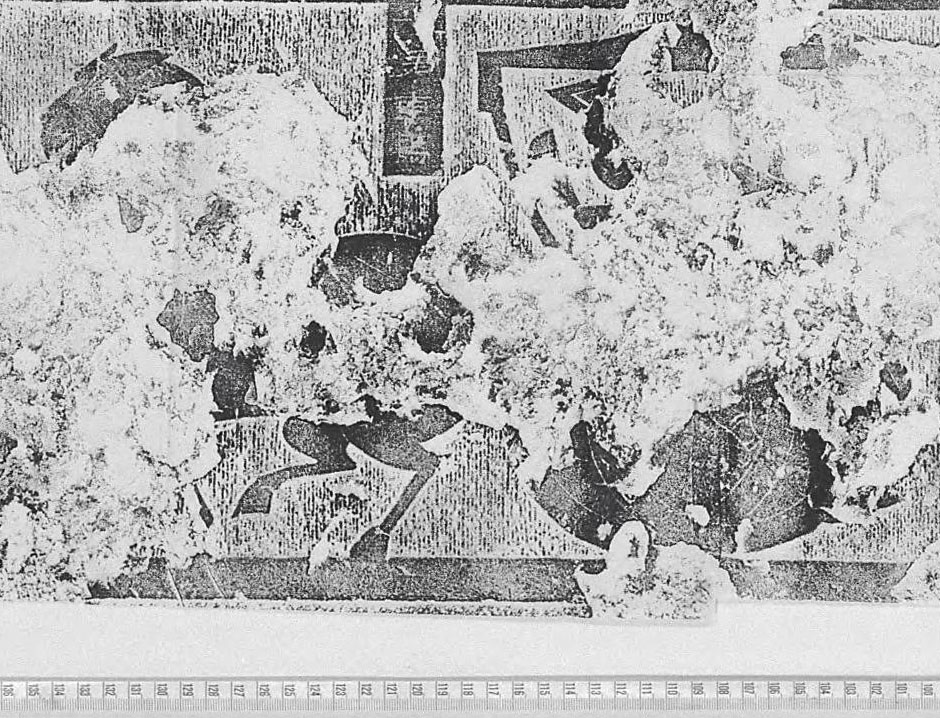 漢代的畫像石，存在於石祠堂、石闕、墓葬和石棺之上，主要表現當時的各種信仰及主人的身份地位、生活境況。三國兩晉以後，這種表現手法漸被壁畫取代，畫像石迅速衰落，在北朝至隋唐五代，只在一些棺槨和棺床之上還能見到。再往後，則僅在某些石質碑版上還有類似的藝術品，但主要是用線刻手法表現的單幅畫面，也包括一些天文圖、地圖和城池及宮殿、官署、寺觀、園苑的平面圖。就整個畫像石藝術來說，已至尾聲階段。
The stone picture carvings of Han Dynasty existed in stone shrines, stone watchtowers, tombs, and stone coffins, depicting the religions at that time as well as the master's social status and life situation. After the era of the three kingdoms and Jin Dynasty, this kind of artistic technique, stone picture carving, declined and was gradually replaced by murals. From Northern Dynasty to Sui, Tang, and Five Dynasties, only on coffins and coffin beds could stone picture carvings be seen. And afterwards, only some stone boards had similar artworks, but they were mainly single frame expressed by the line carving technique, and included plans of some astronomic graphs, maps, cities, palaces, government offices, temples, and parks. However, for the art form of stone picture carving, it almost came to an end.

To be continued ... and now two years have passed. It doesn't actually cost me two years to find the answer to my doubts, but driven by the hard life (not really) as a software engineer, I've nearly forgotten the responsibility to finish this answer. Fortunately, the fate leads me here again.

Conclusion: the rubbing is a modern copy to a relatively old copy to the stone carving in 武梁祠後壁 (back wall of Wu family cemetery, Jiaxiang, Shandong Province, China), which dates back to the mid-2nd century. Currently, the stone is kept in 嘉祥縣文物保管所 (Jiaxiang cultural artifact museum).

The relatively new rubbing (real rubbing but not copy) is

OP's "rubbing" is at the bottom left corner. Zoom in: 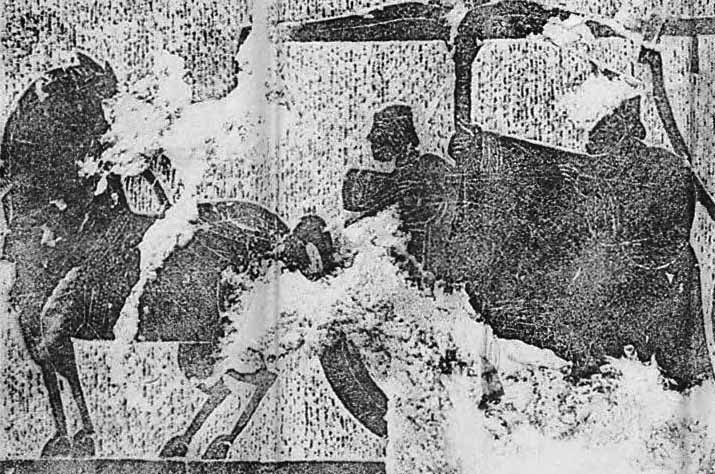 Note that, 此君車 does not appear on the original source, so it is a mistake that might come from some other copies.

As you can imagine, there must be many versions of rubbings and copies appearing in history because the stone is so old. In fact, OP's "rubbing" probably copied the image from a relatively old book 金石索 (Research on Epigraphy) authored by Feng Yunpeng and Feng Yunyuan in 1836. This book contained copies of epigraphs. Note that again, there's no 此君車 on this old copy either. 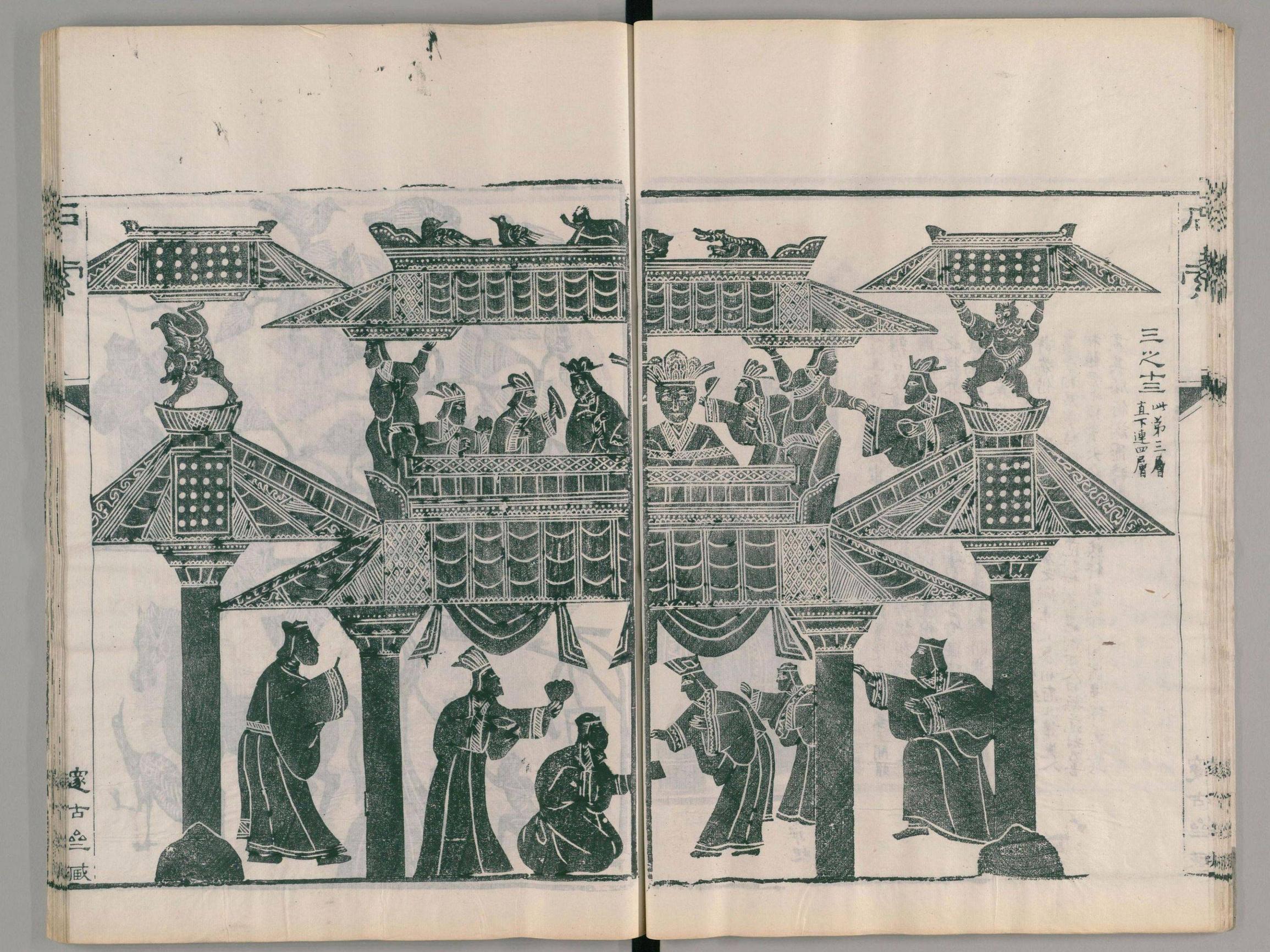 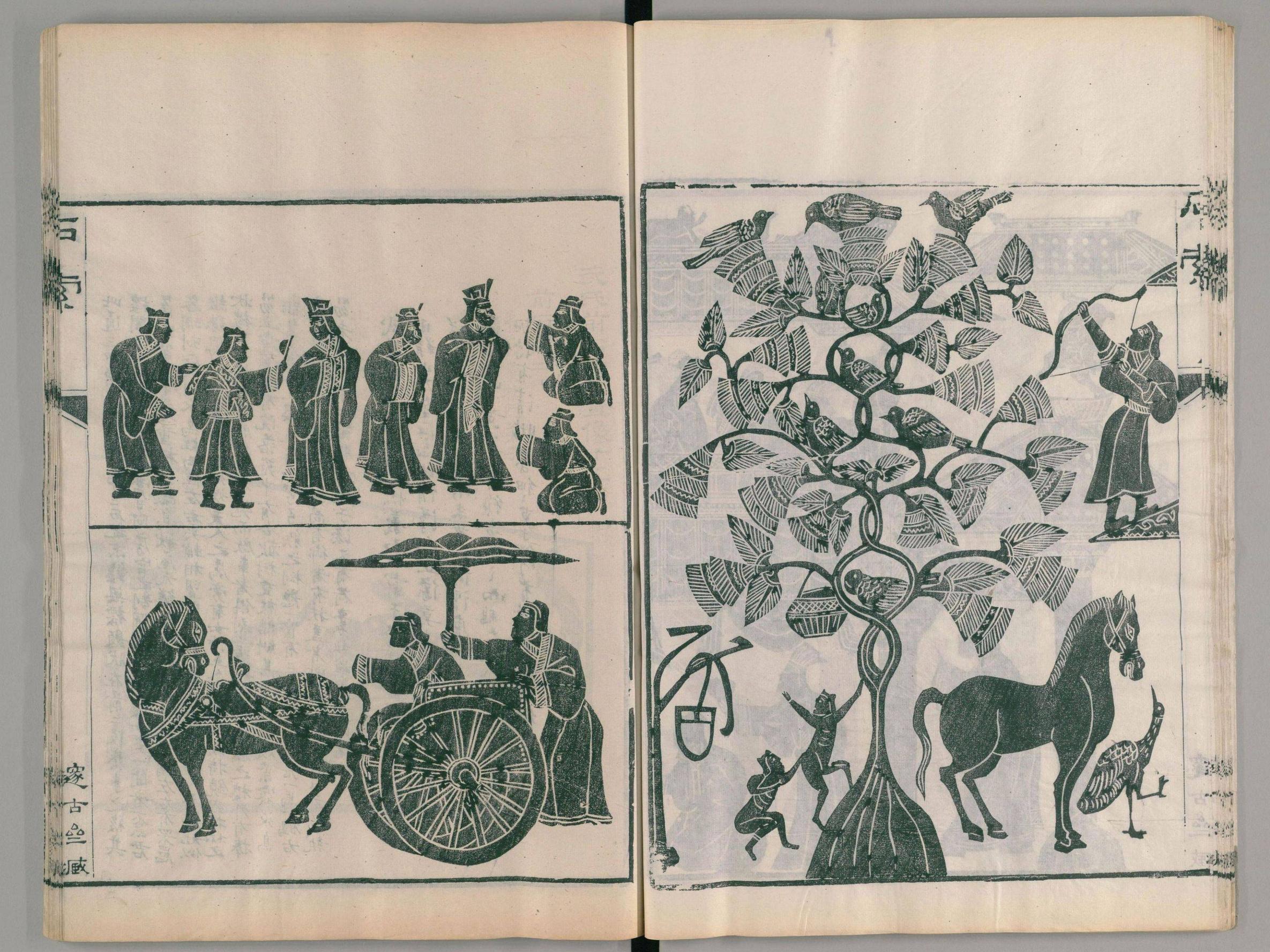 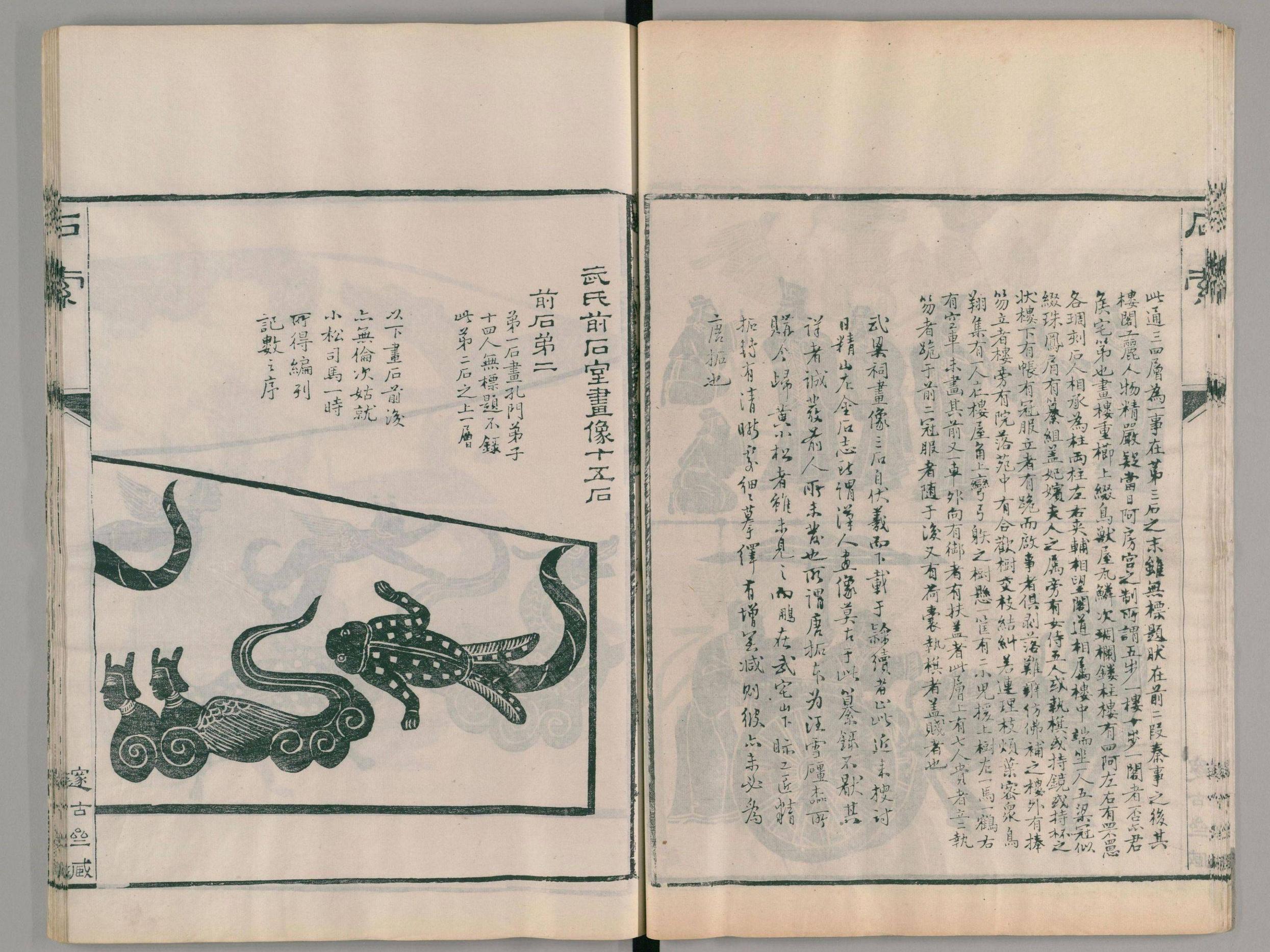 There used to be at least 17 different ways to write 此.

It means "This (is) the Master's Chariot". "Master" might not be the proper translation, he could well be a king. In the context of "衛國之法，竊駕君車者罪刖"(from《韩非子》), 君車 is the king's chariot.

Bonus, another 君車 for you: 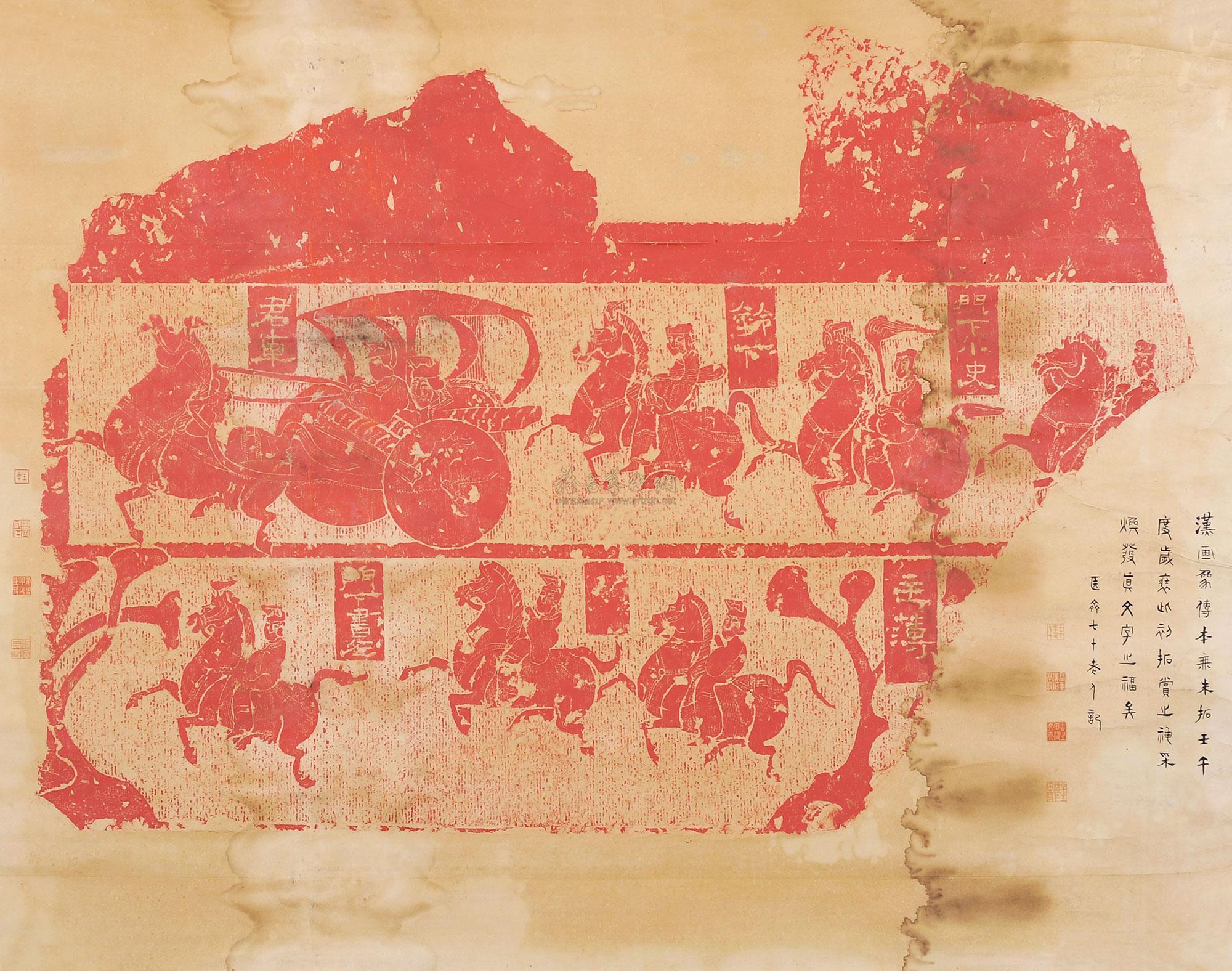 Looks like a rubbing of (漢) dynasty stone carving. The second character is 君 (u+541b), which means "a chief; a sovereign; ruler; gentleman; monarch".

BTW, this type of carriage is called "軺車".

3
What is the English translation for this picture
0
translating the word and picture from Chinese to english
2
What does 照你的意思 mean in this dialogue?
8
How do I self-answer "What does this say?"
1
Meaning of a text on a teapot (Characters identified: 石泉槐火)
3
Translation and script type of Chinese calligraphy scroll (Characters identified: 高明配天 敬璧)