How are the Kanji in this Dictionary Ordered?

I don't understand the basis for the ordering of the Kanji in this dictionary:

It seems to be a Rime Dictionary and I found some information on Wikipedia about that here, but I'm not sure how I should go about looking up a given character.

Can someone familiar with Rime Dictionaries help me understand how to find a given character here? 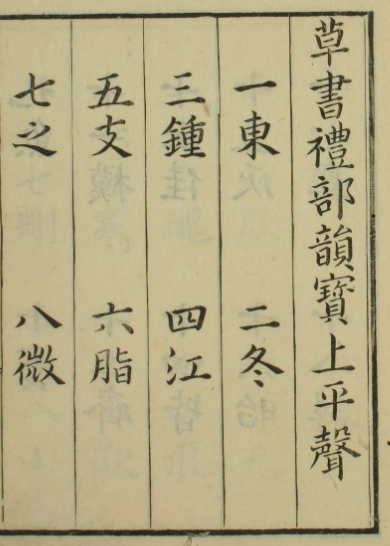 the book is "草書禮部韻寳" by emperor 仁宗 of 宋 dynasty. it's for looking up how a chinese character appears in 草書 (cursive script), as you know, ordered according to rime.

well, it's a calligraphy dictionary. you look up a character, see how it's in 草書, nothing more; no explanation, no 反切.

if you're looking for a rime dictionary, you may download all 5 volumes of "鉅宋広韻" (宋版廣韻), from 重要文化財（漢書） of the national archives of japan.

edited, info added about how to lookup a character in rime dictionary.

in general, you already know the 聲 (Tone) & 韻 (final) of a character, then you use the rime dictionary for confirmation, or look up characters in the same 韻目 (rhyme groups). if you don't know how to pronounce a particular character, forget it :(

the wiki page explains it:

then, each group has several 韻目 (rhyme groups), each group list all relevant characters with the same 韻 (final).

talking about tones & finals, it's easier if you know cantonese, one of the dialects which still has 入聲 (entering tone); that, if you know the pronunciation, or, from the end of finals (-p, -t, -k); you know that it's 入聲字, directly.

first, to determine it's in which 聲 (Tone):

it belongs to 入聲 (entering tone), which is directly by the cantonese pronunciation. or, if i try to write the romanisation, it's "wat", which ends with "t", a second hints of 入聲字.

secondly, pick up the 5th volume of 鉅宋広韻﹒入聲卷, in the first page, read from rightmost column, from top to bottom; until you find a character sounds similar to 鬱 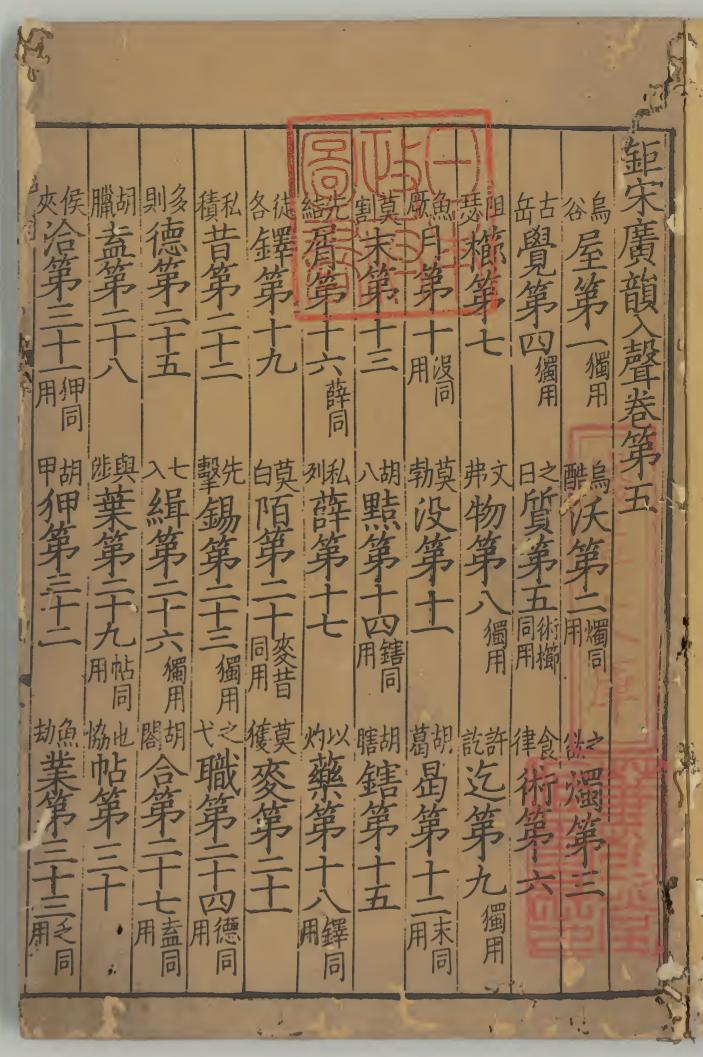 it should read as "物﹒文弗切", which means the pronunciation of 物, one can combine the 聲母 (initials) of 文, with the 韻母 (finals) of 弗: 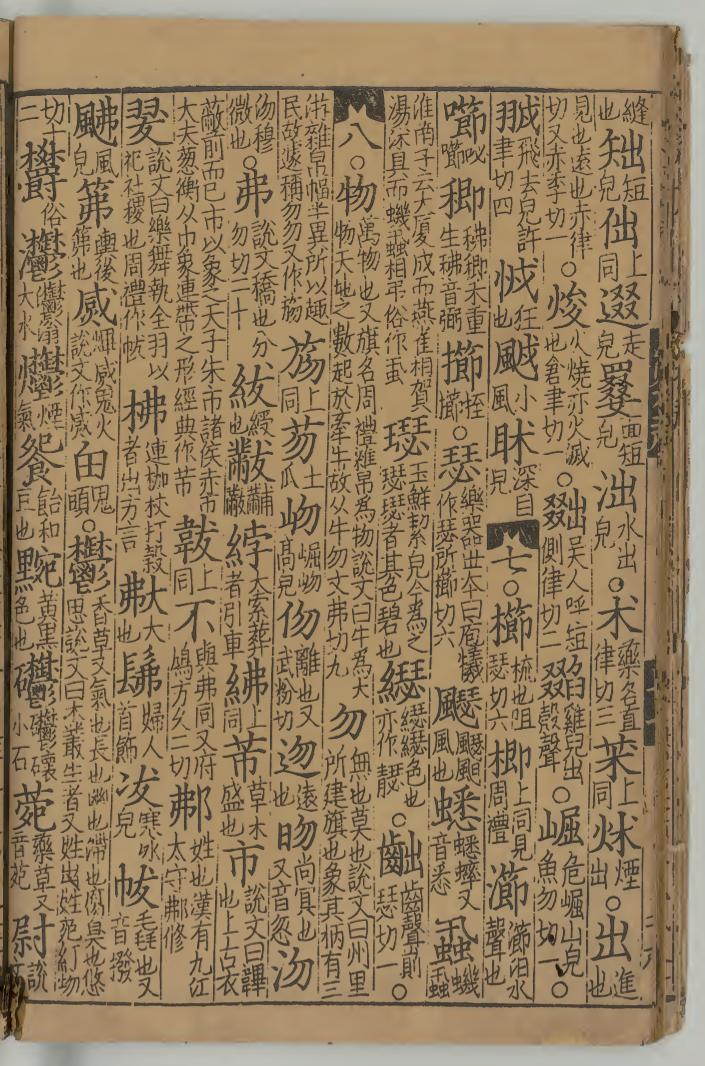 in mandarin, 鬱 is yu ; without hints of tone; imo, it's very difficult for mandarin speaker to use rime dictionary. you may try it by yourself 😼

Not the answer you're looking for? Browse other questions tagged characters dictionary calligraphy or ask your own question.

12
What is the glyph origin of '奇'?
4
How to learn to read Chinese calligraphic paintings (and Chinese handwriting)?
6
An unknown Traditional Chinese character on a decorative piece for Lunar New Year
3
An unknown, calligraphic Traditional Chinese character
1
Translation of “繟”
2
Is there a dictionary of standard character variants?
1
Radicals vs glyph origins (specifically for character 肚 in 肚 子)
2
Is there an official stroke order for each character?
0
Mandarin Chinese Alphanumerical Ordering
4
What do the characters I've found on this old gun mean?