In Chapter 111 of Records of the Grand Historian (史记), there is a famous quotation attributed to Qubing Huo:

I checked the translation from many Chinese websites, but all of them seem to be unsatisfactory. Can anyone give me a word-by-word translation for this quotation?

as far as i search (ctext.org, 維基文庫 & 四庫全書薈要), the character "古" is missed in the question, which make great difference in translation. the relevant text ought to be: 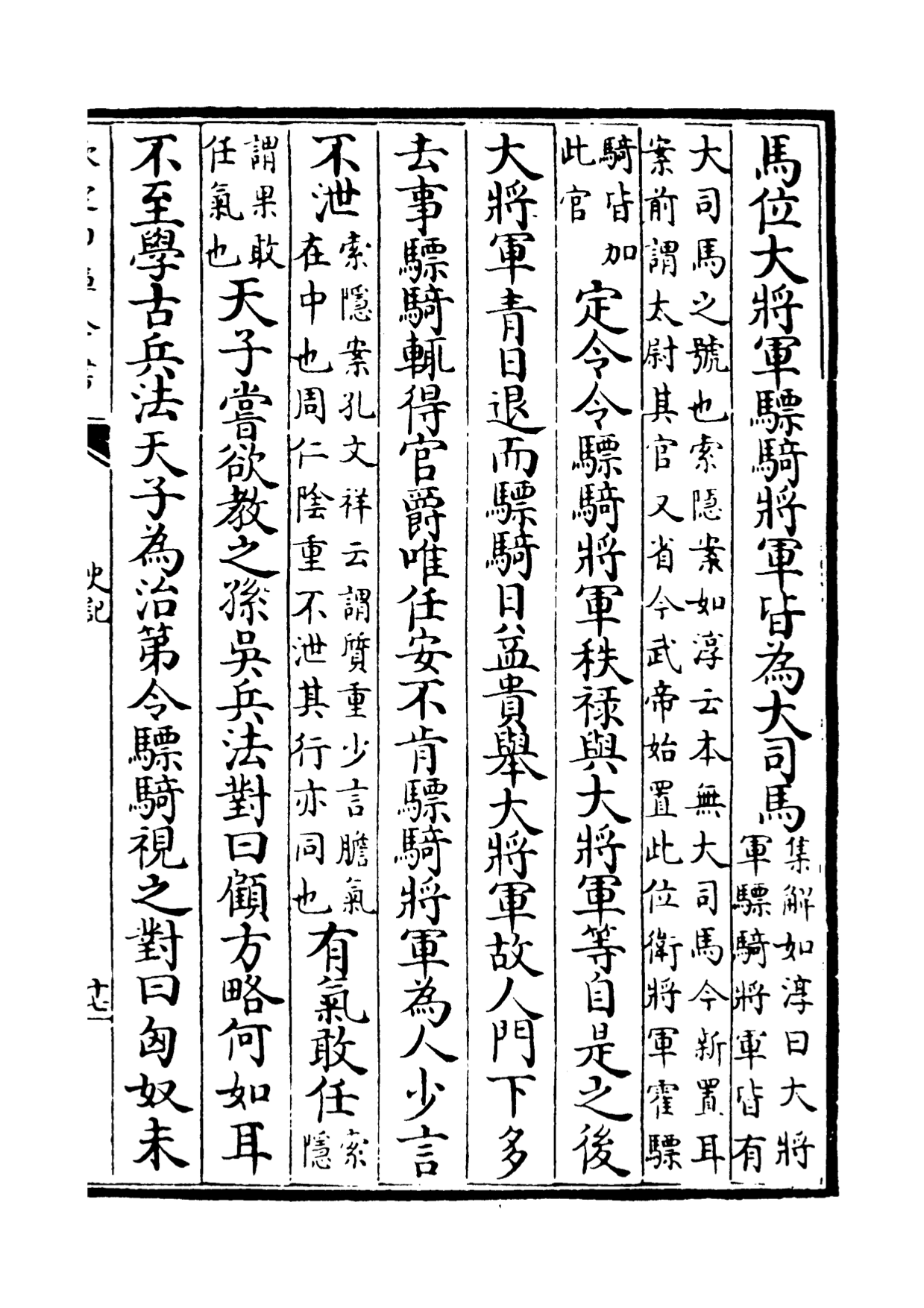 therefore, i would suggest in clause 顧方略何如耳:

the rationale of my attempted translation is:

at the time of 霍去病 (140 bc – 117 bc), 孫吳兵法 (5th century bc) is a few hundred years old. most likely, general 霍 had ideas that society, technology and enemy are changed, that, ancient books about the art of war were outdated. further he had talent in war, that, learning from these ancient rules of war is unnecessary for him.

In general, it means (to fight a battle) you don't necessarily study warcraft, but to consider how to deploy strategy. To break that into word-by-word meaning:

In classic Chinese the primary meaning of 顾 is to look back, but considering the context here it's more likely to be an adversative conjunction that has an emphasis of look at/take care/consider.

It is an inversion phrase that has the same meaning with 如何 when using at the end of sentence.

It doesn't have much meaning, but has an indication of nothing more than. So to better understand this sentence, you can translate it as but to nothing more than considering how to deploy strategy.

顾方略何如耳， 顾 - 2 possible translations [1] look back [2] to see 方略 - no word to word for these 2, together they roughly means "strategy" 何如耳 - also a phrase, appears in few other histrionic written sentences; i think it would translate to something like "how effective" 不至学兵法。 不至 - together could mean 2 things [1] don't yet have to [2] if not successful 学兵法 - you could guess this one yourself.

3
Translation of Chinese word is not an English word?
2
How do I ask for a refill for my acrylic nails?
2
How to say "development and support" in Chinese
6
"Are you still married to Mary?" How to translate this?
3
Could anyone give a proper English translation to "干货”？
1
How to translate "evaluate, estimate" [time for smt.]?
3
How do I say "part time study"?
1
Where can I find word-for-word translation for "Beijing Huan Ying Ni" song?
3
Translate "Questions you cannot answer are usually far better for you than answers you cannot question."
2
How to translate "blouse" to Chinese?