以 is one of the most confusing words in Chinese. Texts that really challenge me are usually full of it. Today I saw something confusing again:

I encountered the phrase 文以載道。The document claims it means "transport the Way through literature". I know some similar phrases, but the placement of 以 differs. I add some non idiomatic English translations, to explain my idea:

以誠相待 : interact with each other through sincerity

以備不虞: through preparation be at ease

以詞害意: through words harm the meaning

From all these I expected the phrase to be 以文載道。What am I overlooking? I know there might be many things, since Chinese is the pinnacle of versatility - at least among the languages I speak!

文以载道 is 成语 (Chinese four-character idiom), which has its history and origin, and the reason why and how it was formed and determined.

The original sentence 文所以载道也, the point is to describe the subject 文, means The writings are used for illuminating the thought. (所以 means use here.) When it was simplified to 成语, the grammar structure was reserved and then became 文以载道.

以文载道 is not wrong grammatically, and we can find such usages (such as this). But its meaning is somewhat different, like To illuminate the thought through writings). It's not the formal usage as 成语, while 文以载道 is the formal one (which you could look up in the dictionary). 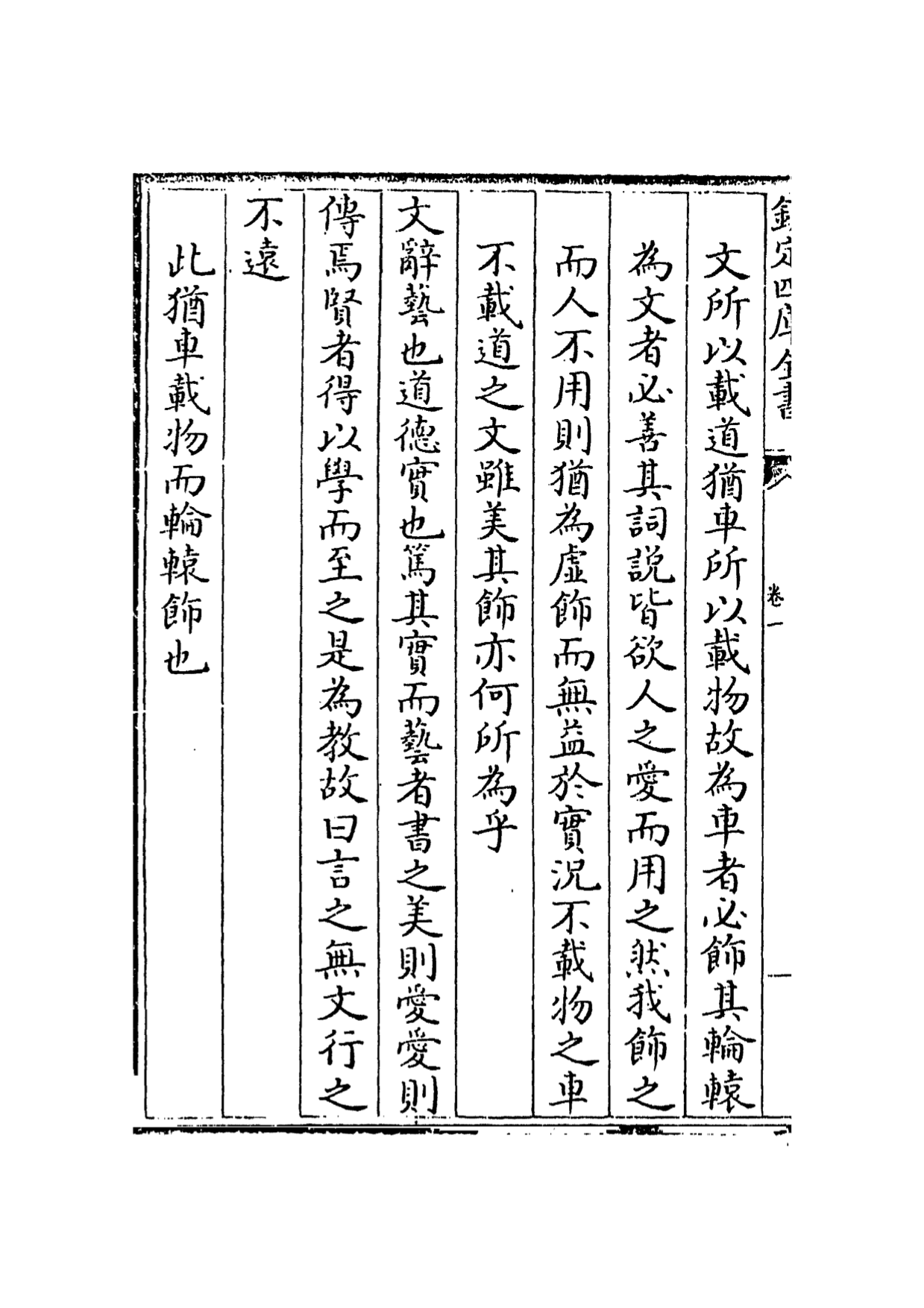 in this article, "文以載道" is roughly: "writings ought to convey virtue"

it's not a word by word translation, but to deliver the original meaning in literary chinese.

about "以文載道", i would say that it loses the emphasis of what a writing (文) should be.

last, if possible, translate from the original text. imo, the b**** is, well, unreliable.

that, i would say ^.以..$ is a fixed structure, which emphasises the 1st character (the one before "以")

so, changing to "以朝聽政﹒以晝訪問﹒以夕脩令﹒以夜安身", imo, is inappropriate in the above text.

again, changing to "文以會友﹒友以輔仁" is inappropriate in the above text.

Not the answer you're looking for? Browse other questions tagged grammar meaning idioms chengyu or ask your own question.

2
Why is 跟他一起去不去 wrong but 跟不跟他一起去 right
4
Why it is called 没大没小?
3
How do I write “but if” in Chinese?
5
Why is 于 needed after 不屑 (but sometimes not)?
0
Not only, but also (in cantonese)
4
Why should someone learning Chinese as a second language learn 成语 idioms?
0
Is there an idiom that means to make big claims but have little evidence to support them?
2
Why is 名字 used with 叫, but 姓 isn't?
3
Why 明 for tomorrow and next year but 下 for next month?