. Would it be considered odd for people to actually hand write these radicals this way? Or is this more of a "old/computer typeface" kind of thing?

And so, because of this very fact, Hong Kong and Taiwan defines different characters as the "correct form", one example might be

And you mentioned "食": 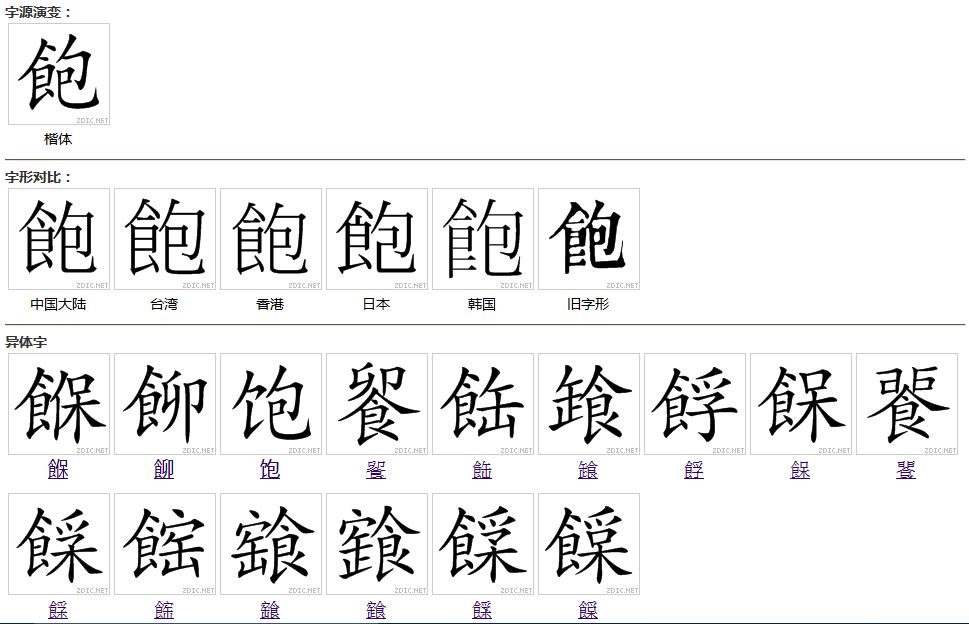 from: http://www.zdic.net/z/28/zy/98FD.htm In the second row, you can see the correct form in different regions: (left to right) Mainland China, Taiwan, Hong Kong, Japan, Korea, Old typeface. The third row are different forms of "飽" that means the same but not considered standards and I know none of them except "饱" which is used in Mainland China.

For comparison, this is the same character in Seal Script, so you can see how the curvy lines are adapted into straighter lines:

We don't use that kind of typeface in hand writing. It just an old typeface. We uses it in artworks or some design.

In modern times, old typeface is universal in patterns, calligraphy and seals(most).

google pictures "chinese seal", to get some examples.

Commonly, we won't use that. Now the typeface we use is called 行書 or 楷書

Q ： Would it be considered odd for people to actually hand write these radicals this way? Yes. Just treat it similar to English cursive, gothic writing style. It has become art than practical handwriting.

Q: is this more of a "old/computer typeface" kind of thing? Variance of radical display not coming from computer typeface. In fact, it came from the early day of press printing development, where individual lead stamp is putting together to form a paragraph.

In the era of the laser printing, micro printing, all this deem obsolete. But bad habits/practice die hard.

Not the answer you're looking for? Browse other questions tagged writing handwriting or ask your own question.