Is this a rare/variant character (combining 米 and 団), or not really a Chinese character? 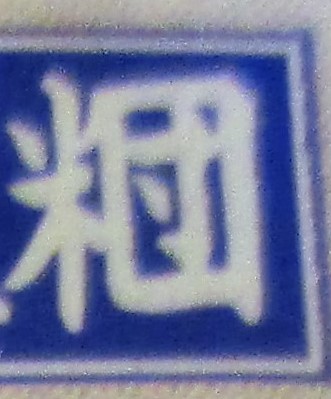 This character is on the label of a riceball sold at 7-11 in Taipei. I believe this kind of riceball is originally Japanese.

It seems to be some kind of variant of 糰 / 团 but is actually composed of 米 on the left plus 団 on the right. But I can't find it anywhere on the Internet or in Unicode so far.

Is it a known variant, or is it possibly normally considered a Japanese character? On Wiktionary, 団 is listed only as a Japanese shinjitai character. (Shinjitai is a simplified character made in Japan.)

Or maybe it's some kind of fake character made up by 7-11, like a trademark?

On the other hand it could just be a clever way of writing 米團 = 米团 = rice ball.

Edit: It is written 御飯團 in all instances I can find regarding the ad. It is a private/funny simplification that has no formal recognition.

Not the answer you're looking for? Browse other questions tagged character-identification taiwan or ask your own question.