Why does 千秋 mean a swing?

Breaking down each word it means thousand autumns.

Why does this mean a playground swing?

Is this a local cantonese word or is it used in mandarin too?

that the term "鞦韆" was elaborated. mr 潘 claimed that, according to mr 高: 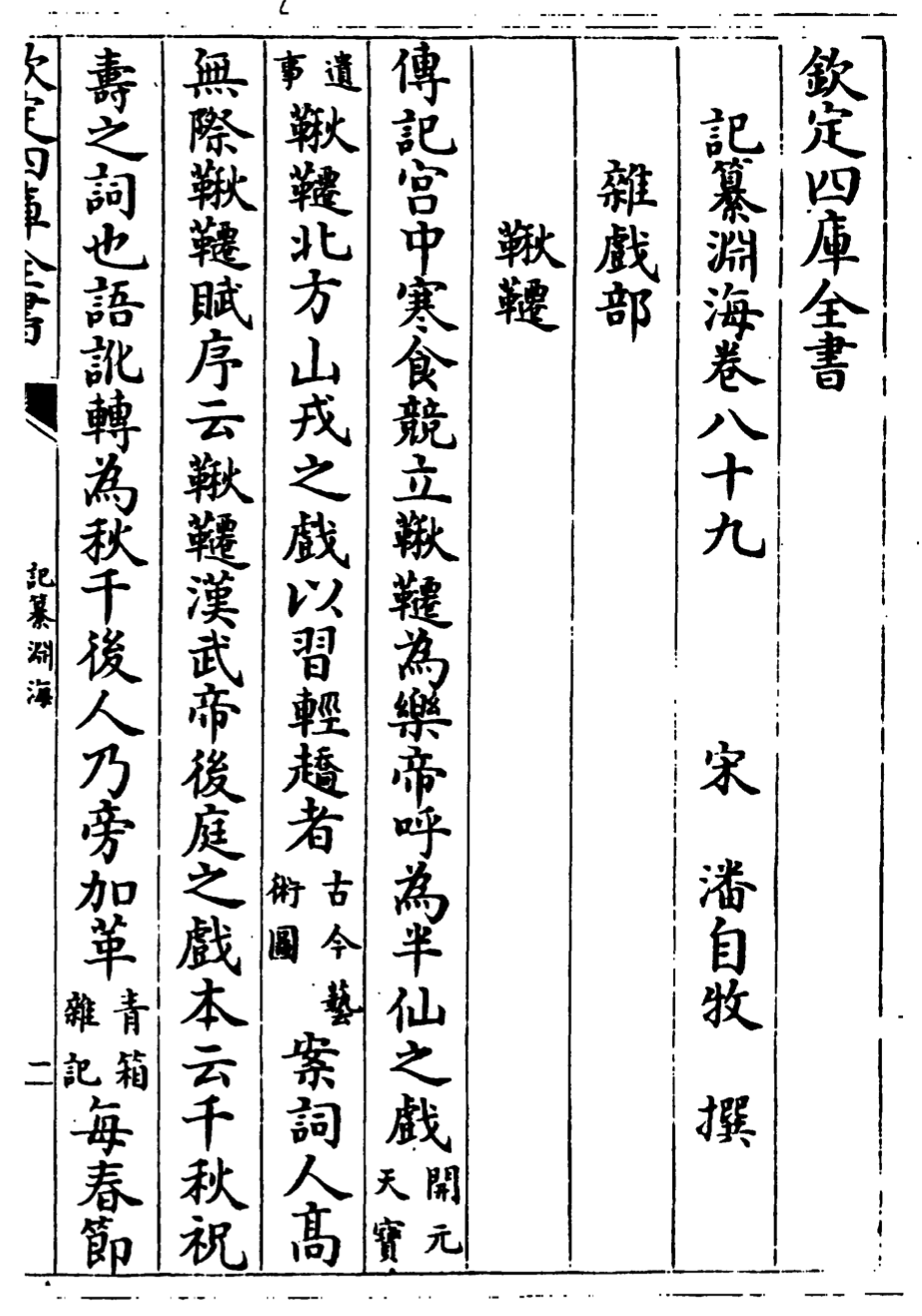 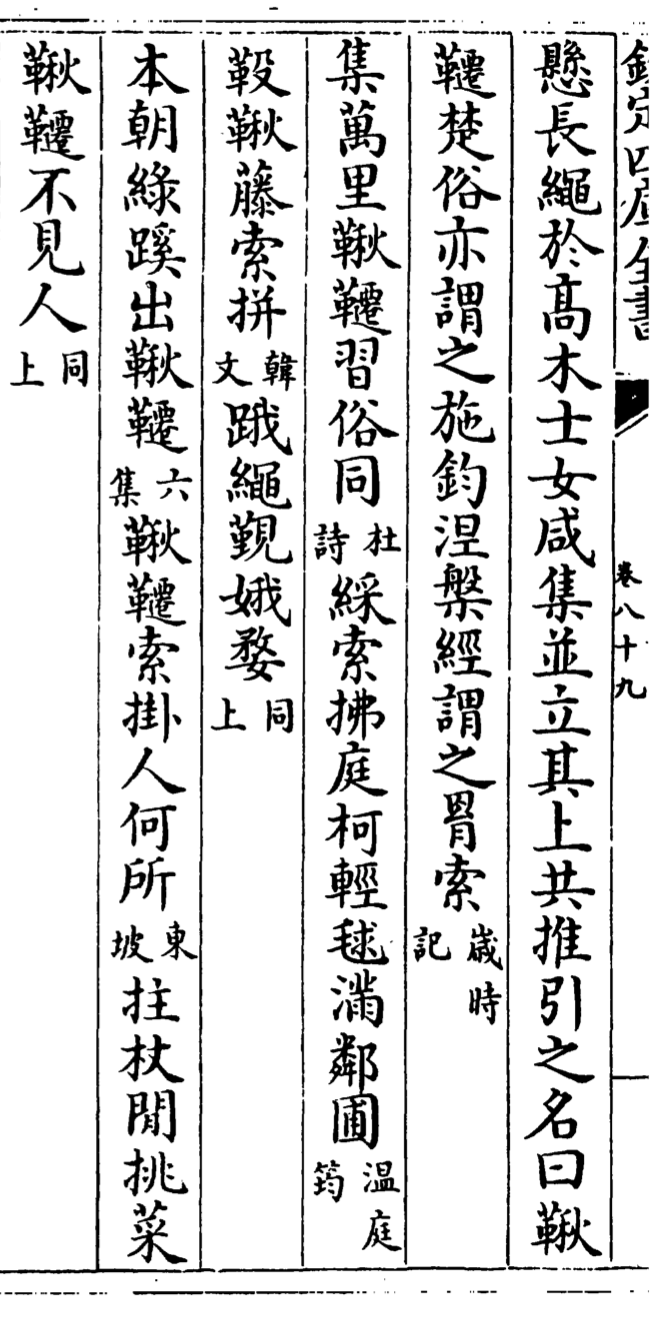 back to the original question, the game "swing" in cantonese is "千秋", which share the meaning "thousand autumn", a term for wishing for longevity.

lastly, i would say that it's one of the numerous evidences, that cantonese is highly correlated with middle chinese. or, one might say that cantonese preserve more / change less than other "dialects".

In Hong Kong, 韆鞦 is often written as 千秋 by people who either didn't know the correct characters or just want to use characters that have less stokes.

We can tell from the context of a sentence that we are talking about "swing" or "thousand autumns".

It actually has some connection with thousand years. Every swing cycle represents a year of life and you do it many times as a wish for longevity of the child.

Not the answer you're looking for? Browse other questions tagged cantonese word or ask your own question.

6
What does the `里` mean in `这些狗里有一只穿红色的毛衣`?
8
How Cantonese and Mandarin writing can be identical
7
Why don't Cantonese speakers write their own language?
0
Understanding how to use 多 properly
3
How to say "productive" in Mandarin and Cantonese? Google Translate says 生產的
5
What does 能得以 mean?
3
How do non-Mandarin speakers type Standard Chinese Writing System?
0
Why does 公路 mean highway?
1
What does 届 mean?