Is there any record on this specific variant of the character 選?

The below variant of the Traditional character 選 comes from an old book of 20th-century Vietnam. I personally cannot find any source that acknowledges this variant. I'm also pretty sure that Unicode doesn't have this glyph.

In addition, since this variant is likely Vietnamese-made, I hope to know about any source that records Vietnamese-varied Chinese characters.

Apparently the Vietnamese used Chinese characters a long time ago, perhaps only in learned circles. They also created their own "Chinese" characters, which were not known in China.

I had a similar case of a character I could not find. I downloaded some fonts called HAN NOM A.ttf and HAN NOM B.ttf, then I could write the character, but I can't remember what it was now.

Maybe you can get some leads here: 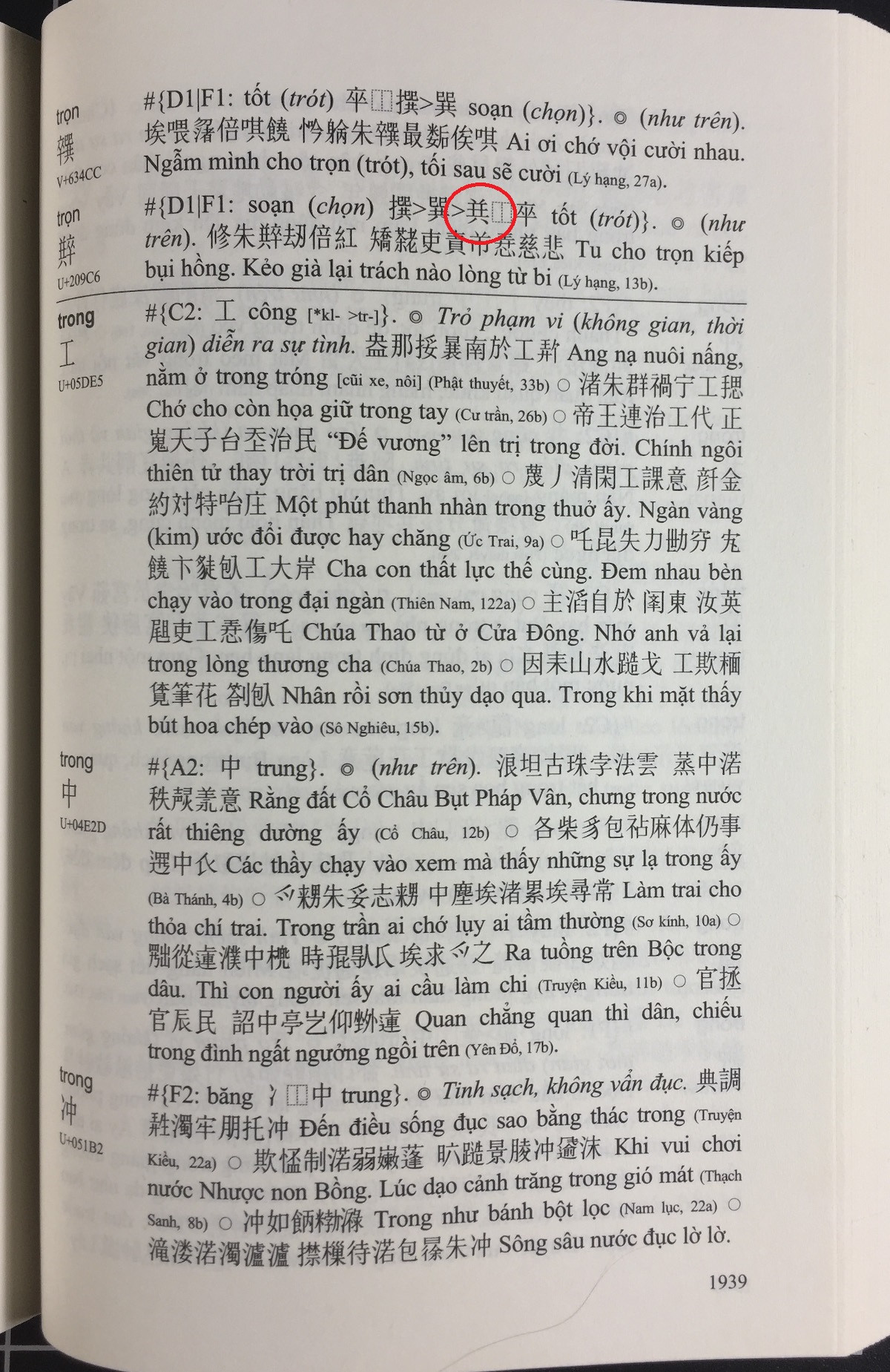 Not the answer you're looking for? Browse other questions tagged characters traditional-chinese classical-chinese or ask your own question.