Are there any commonly used dictionaries of picture (mnemonic) representation of chinese characters?

I mean dictionary to convert SINGLE character to a picture, not a picture to a word (i.e. not just illustrated dictionary).

(Not a complete dictionary, per-se, though)

Dezeen did a pretty interesting review of it here:

This system of illustrated characters and animations was developed to help people learn to read Chinese, and is one of the 76 projects nominated for Designs of the Year 2014 (+ slideshow). 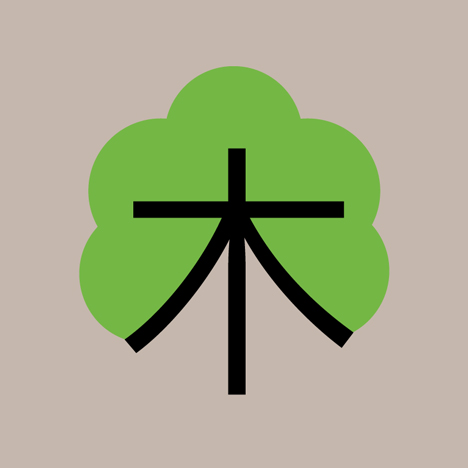 Taiwan-born entrepreneur ShaoLan first began developing the Chineasy characters as a way to teach her own English-speaking children to read traditional Mandarin Chinese, by creating a visual connection to the words. 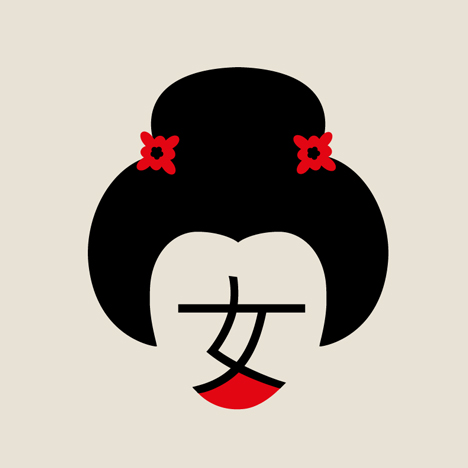 Having struggled to find a straightforward way to negotiate the huge number and complexity of Chinese characters, she teamed up with graphic artist Noma Bar to develop a system of shapes representing some of the most commonly occurring symbols, which can be combined to create more complex phrases. 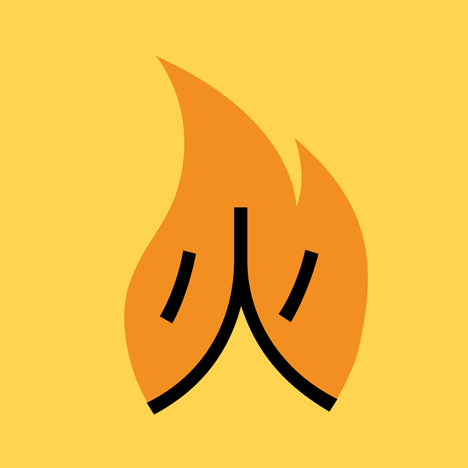 "I created a methodology that breaks down thousands of Chinese characters into a few hundred base building blocks," explained ShaoLan. "When these building blocks are combined, they form compounds that can in turn be combined to create phrases. Through this method learners can quickly build a large vocabulary of characters with very little effort." 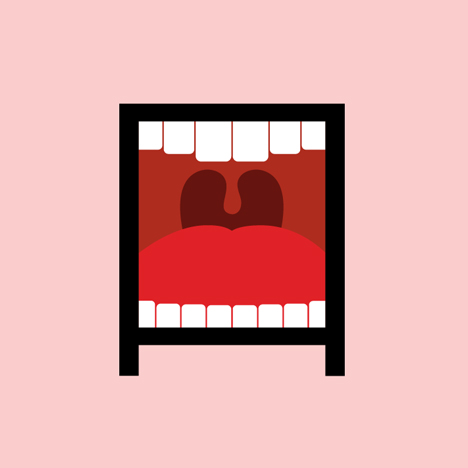 As well as providing users with a memorable way to understand the characters, Chineasy aims to offer those living in the West an insight into Chinese culture in a visual format. 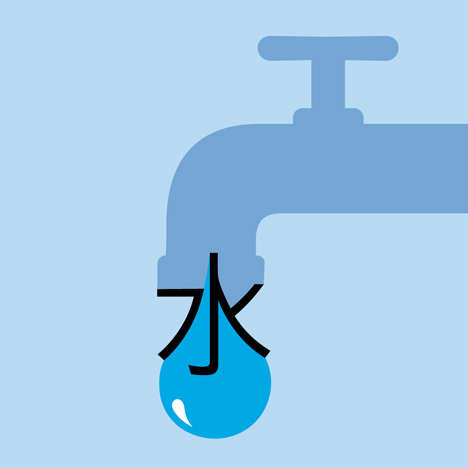 "It is educational, social, cultural, and I hope, inspirational," said ShaoLan. "I am demonstrating the beauty of this deep and ancient culture with a modern interpretation through sleek modern design." 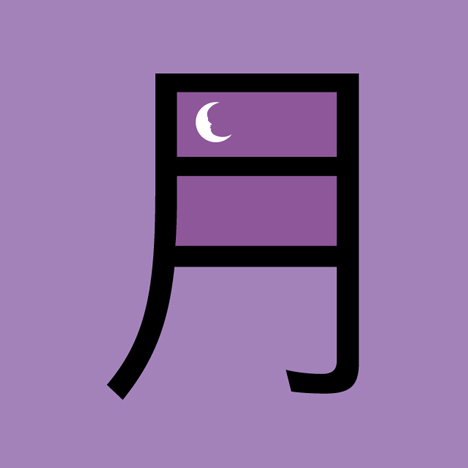 The entrepreneur spent her evenings selecting and sketching suitable characters to form the building blocks of the Chineasy system, which she then modelled on her computer and refined to create contemporary graphic representations that could easily be understood by Westerners. 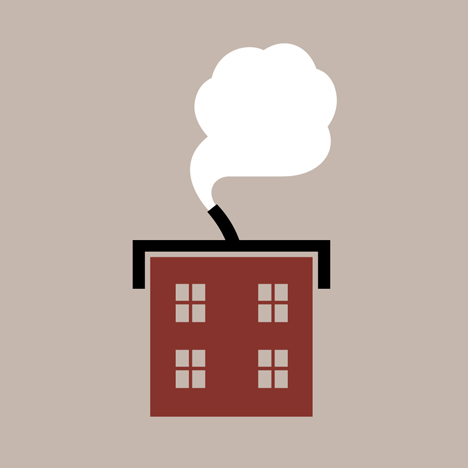 Having presented the initial idea at a conference organised by innovation forum TED that was published online in May 2013, the interest she received encouraged ShaoLan to begin working on a book and launch a Chineasy website and Facebook page. 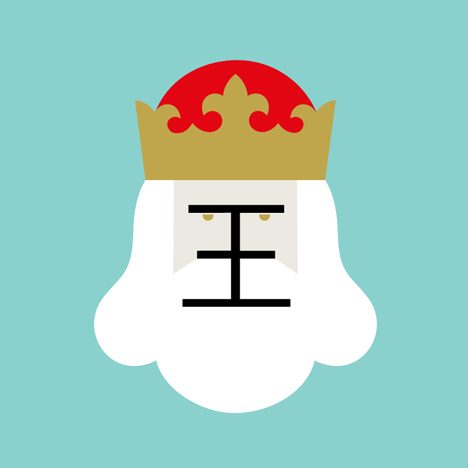 A campaign launched on crowdfunding site Kickstarter exceeded its goal of £75000, eventually achieving £197626 of backing that was used to publish the first Chineasy books. 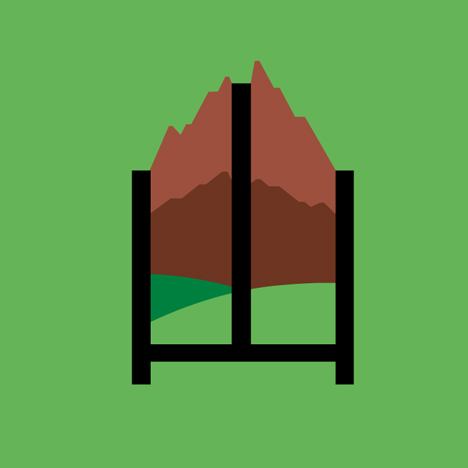 The books are now being published by Thames & Hudson. An ebook has been released and an app is in development to illustrate how to write and correct stroke order through simple animations and give tips on pronunciation. 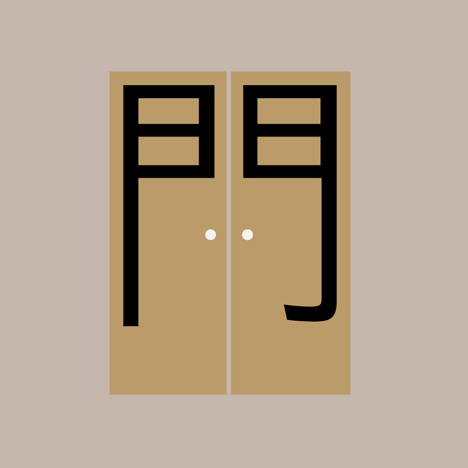 Chineasy was nominated in the Graphics category of the Design Museum's shortlist for Designs of the Year and features in an exhibition at the museum until 25 August.

There's books/flashcards/notebooks/workbooks and a memory game using this method.

Here's a project description from ShaoLan:

Chineasy's aim is to bridge the gap between the East and the West. I want to give the west a real understanding of China and an appreciation of Chinese culture through their own eyes rather than layers of packaging and manipulation. 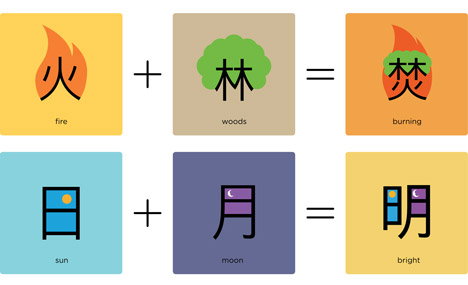 It is evident that people are hungry to learn about China. People are keen to be able to communicate with the 1.3 billion people. Tet there is not much out there to enable them to do so. Whilst the entire Chinese population is learning English, the west is struggling to comprehend this complex economy and society with their own eyes and judgment. Knowing their language is the key towards true understanding.

Chineasy will become the first step for anyone in the world who wants to understand China, Chinese culture and its language. It is educational, social, cultural and inspirational. I am demonstrating the beauty of this deep and broad culture through a modern interpretation using sleek and simple design. 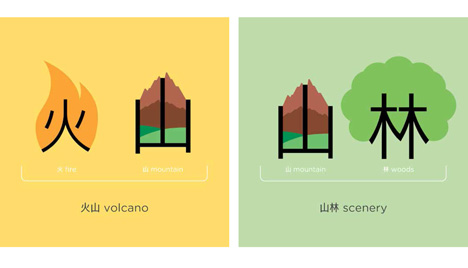 Chineasy's goal is to allow people to learn to read Chinese easily by recognizing characters through simple illustrations. The magical power of the Chineasy method is that by learning one small set of building blocks, students can build many new words, characters, and phrases.

You can check out a video they put out on youtube: 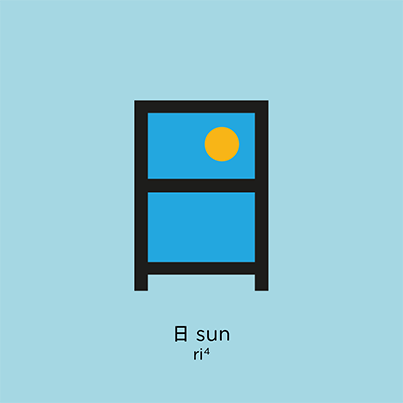 日 The current version of this ancient building block is quite interesting. It looks just like a window, which is quite handy for us learning Chinese, but why doesn’t this character look like a sun? I mean, it’s not especially hard to draw a sun, right? Well, it used to look a lot more like that burning star in the sky, but the Chinese language has been evolving for thousands of years and most characters have changed a lot. It’s just like “old English”, “middle English”, and “modern English”. The oldest form of Chinese that ...

I don't believe there is such a dictionary.

However, you can always learn from the etymology as Mihao suggested, because basic Chinese characters usually represent physical objects. Though the method is really limited to a small range of glyph, it would be helpful if you are starting to learn Chinese and work perfect if you want to show off.

I recommend Handian for this task. Here is how to use it, and the example character is 月(moon). We can see the character starts from the shape of moon. 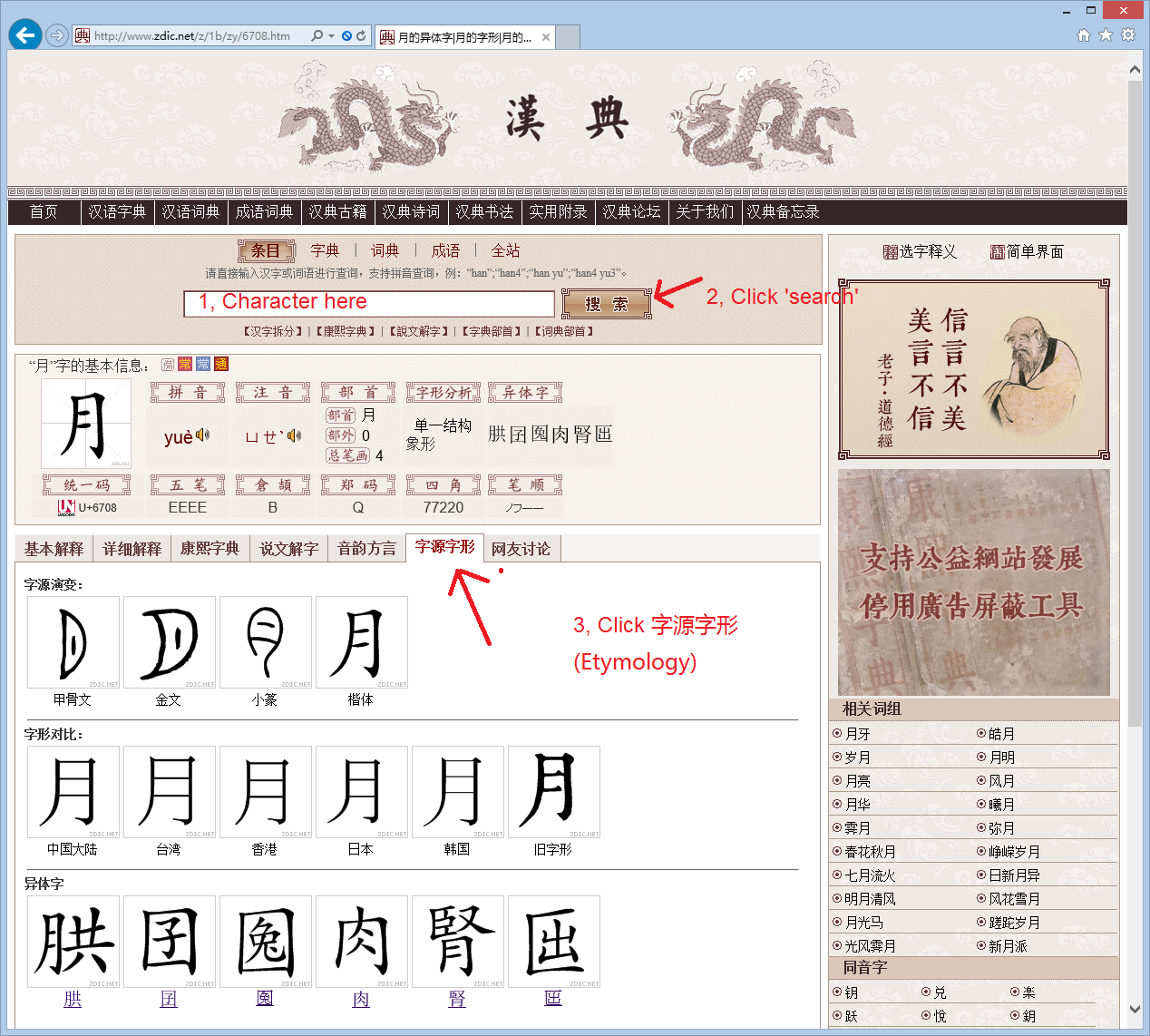 0
Books for learning characters through progression diagrams and glyph origins?

26
Techniques for learning and retaining characters
6
Looking for very common dialect words that have no Standard Mandarin Chinese hanzi characters
7
够 or 夠 - Two characters, one meaning?
2
German-Chinese online dictionary
6
Dictionary for Vietnamese to Chinese characters
1
Which memorization techniques are useful for remembering characters?
2
Characters for ben1 ben1 meaning 围巾 or 围嘴?
1
Is the character "厹," meaning "lecher," commonly used by speakers of any Chinese dialect?