What is the difference between 抽烟 (chōu yān) and 吸烟 (xī yān) which both pertain to smoking?

Question: What is the difference between 抽烟 (chōu yān) and 吸烟 (xī yān) which both pertain to smoking?

for which nobody has acted oddly about (at least, in regards to my Chinese), so I assumed it was correct, but maybe

However, I ordinarily see

on No Smoking signs, e.g. 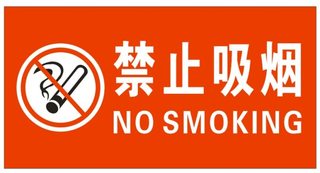 which, up until recently, I thought said

but this is incorrect, and it doesn't seem to be commonly used (possibly even an invalid phrase).

Basically they have the same meaning and could be used interchangeably.

The subtle difference is, 抽烟 is used in spoken language more than 吸烟. As you said, when asking people we usually say 你抽烟吗; of course 你吸烟吗 is correct too.

On the other hand, 吸烟 is more formal and used in written language more. As you've seen, for a slogon 吸烟 is used usually; 禁止抽烟 is not wrong, but not used in general.

Looks to me like maybe 你抽烟吗 is "Do you smoke in general?" and 你吸烟吗 is "Are you smoking right now?" But I'm often wrong.

Not the answer you're looking for? Browse other questions tagged word-choice difference synonyms or ask your own question.