How the kingdom of Shu become a wrapped bug in a net?

The territory of 蜀漢 was mainly in 蜀地, so it was called 蜀國. The first country in 蜀地 was 古蜀國. The founder's name was 蠶叢, he was an expert in sericulture. He moved to Chengdu for his sericulture, and thus established the 古蜀國. This is why the name of 蜀漢 is related to silkworms.

It was also a region's name

蜀山 was a family name that named after a mountain

In the same article, it stated the first nation in the Shǔ region was founded by 蠶叢 about 34,000 years ago-- an ancient time that written language had not been created yet. The written term 蜀地 (Shu region) might be named after him in later years.

蜀 was the name of an ancient kingdom at the time of the empire of 商. This character depicts the founder (蠶叢) of ancient 蜀 kingdom who was famous for the breeding of silkworm. 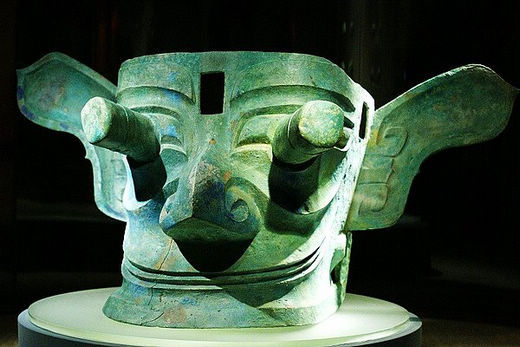 The ancient kingdom produced some great bronze works with emphasis on the eyes.

In this way, we know that:

蜀, is the characteristics of some people who emphasized on eyes and bred silkworm. The character 蜀 is still a geographic term referring to 四川, the location of the ancient kingdom.

4
How to write character components on a keyboard?
7
What characters have been politically corrected before?
3
For the HSK, what do I need to know about characters which appear differently?
0
Why can't I write the character 台 in my pinyin input method?
3
Etymologies and relationship between the characters 錘, 槌, 鎚, and 椎
2
What does “格” mean in “爾國臨格”?
1
In “一网打尽” what does 尽 mean?