The stroke order for the component 辶 (Chuo)

If you click on the character zhe here, you will get an option to figure out what the stroke order is. For some reason this zhe follows a different stroke order than the number/order of strokes of other characters that contain this component.

Is this the website's mistake, or is this an exception to the stroke order rule? Are there other characters that take that many strokes to complete their chuo component part?

Do you talk about the method of writing 辶?

The difference is caused by the typeface or font.

The following picture showes the "辶"(Simplified Chinese) in different fonts and characters. 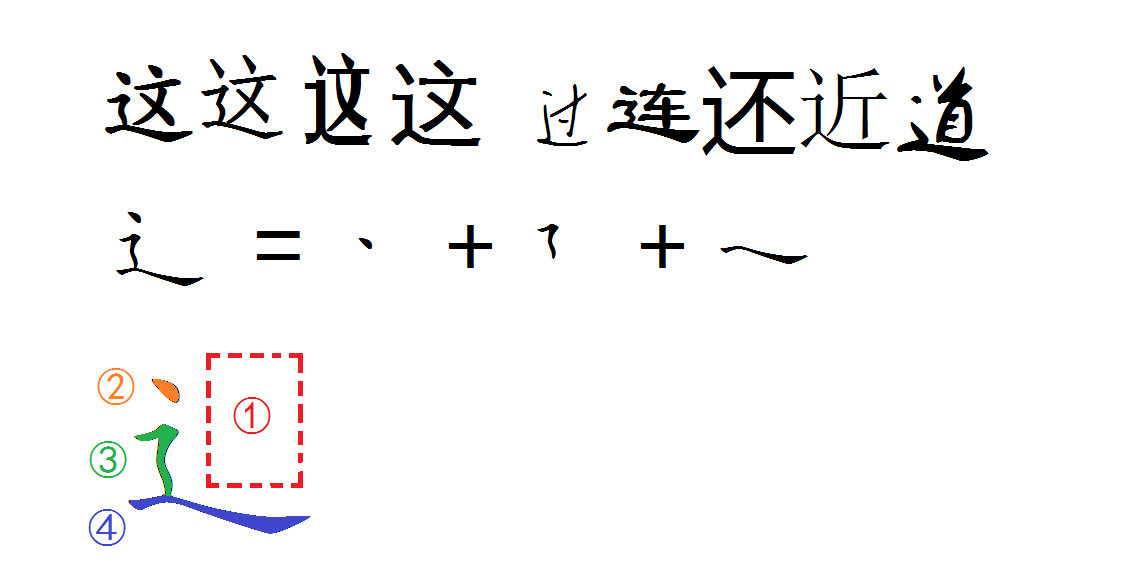 Accually although the "辶" sometimes looks different and a little bit strange, it is always same and there's no exception. It's assembled by three parts (as the second line in the picture) and you can follwing the third line in the picture, which is its stroke order, to write.

"Are there other characters that take that many strokes to complete their chuo radical part?"

An online Chinese dictionary that sorted by the number of radical strokes.Click on a radical part and it will tell you which character has that.

Not the answer you're looking for? Browse other questions tagged stroke-order or ask your own question.