My hobby is to collect the wind chimes and the one I have recently bought had a pretty complex character on its pendant. I've tried to look it up by the radical 辵/辶, but to no avail.

At first I thought the upper part of the character is "family"/家, but now I am rather unsure... As for the other elements I believe I can identify bird/隹 and shellfish/貝. The one on the far right is probably 拓 (?)

If my guesses are right, this character consists of around 33 strokes. zdic.net/z/zxjs gives some interesting characters with 辶 radical, but with maximum strokes count of 25... I've also tried Google Translate recognition, but the app crashes each time I try to upload the pic. Too much magic in the air :D

This was my trail of thoughts which didn't bring me to desired result. So, my question is if anyone finds this character familiar and can help me to find out its meaning.

Another question I have is concerned more with the traditions but is related through the above-mentioned wind chime. When I bought it the plate with this character was hanged upside down. I read somewhere that the Chinese hang characters like 福 upside down to attract luck. However, I am suspicious the shop workers might have turned it over accidently. How to hang it properly?

I would be very grateful to those who answer. 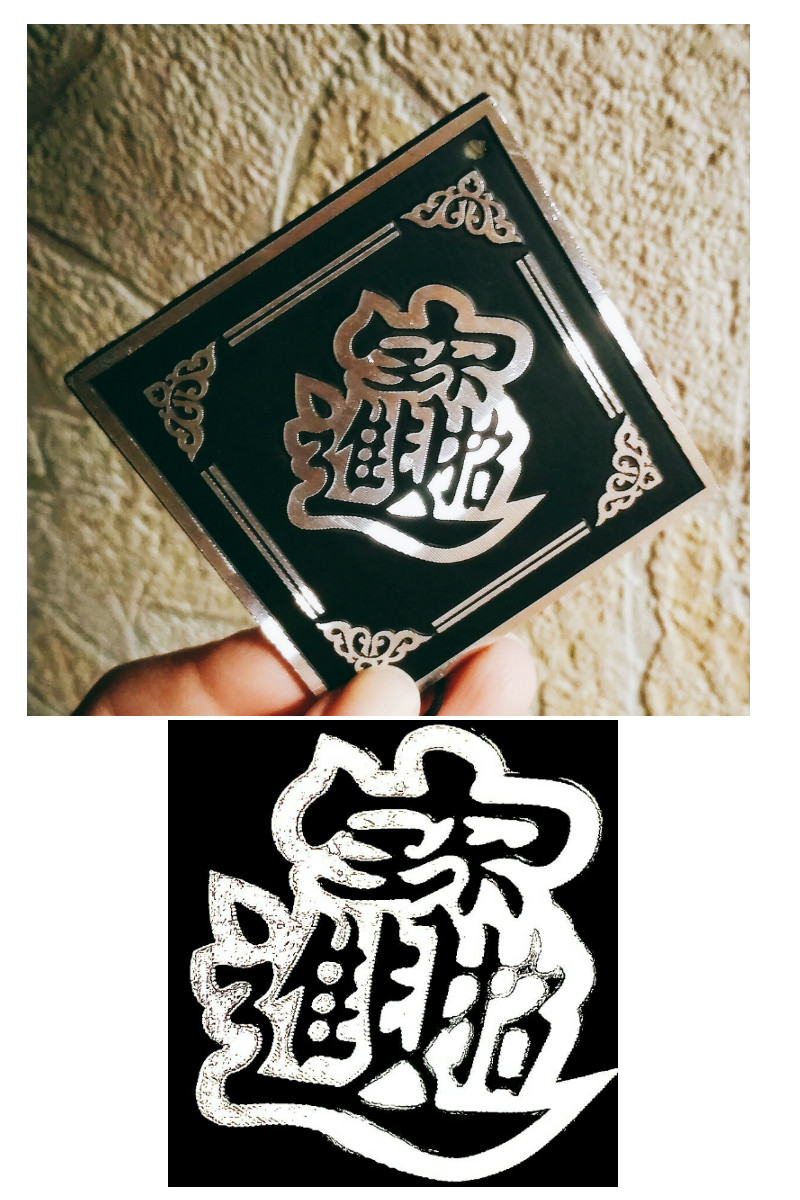 I have answered a very similar question before. Please refer to the following:

Took a bit of baiduing:

This is 4 characters written together, mixed up. They are traditional characters:

You might stick this on your wall for Spring Festival. Means something like: 'get money, get rich'.

Not the answer you're looking for? Browse other questions tagged characters character-identification or ask your own question.