Is it legitimate to write 男 merging the two vertical strokes?

Wiktionary gives the stroke order for 男 as:

I'm wondering if it's wrong to merge the two vertical strokes like this:

Question: Is it legitimate to write 男 merging the two vertical strokes?

It might be ok for daily writing, but it would be wrong for any type of exams.

I think your question can only be answered if framed right, i.e.

When I write a given character this or that way,

and so on. One way to answer your question is the easy way out: just adhere to a well-known, published standard. In that case, there's clearly one right and many wrong ways to write a character, and @dan basically answered it: "The simple answer is 'wrong'. 男 is 田 + 力". Unfortunately, those prescriptive standards are often wrong or problematic themselves.

This leads me to answer your question with "you probably don't want to write 男 with a single vertical stroke because you'd be the only one to do so".

@nichijou's answer ("you break the consistency of writing any character with a 田") is generally reasonable, but then there are singular characters that are habitually or even prescriptively written in ways that are inconsistent, e.g. look at 所; it is often written like 𫠦 even in kaishu, and at any rate the left part retains the form 戶 although it should be 户 in the PRC.

even for daily writing, I think it's a bad choice, since you break the consistency of writing any character with a 田

Wrong, even if you want to be faster or lazily.

It is a convention that some strokes can be linked, some can not, some components can be reduced, some can not. If people break that convention in daily writings, he will not get a good impression from others.

If you don't know how, it is always a good habit to write strokes one by one. 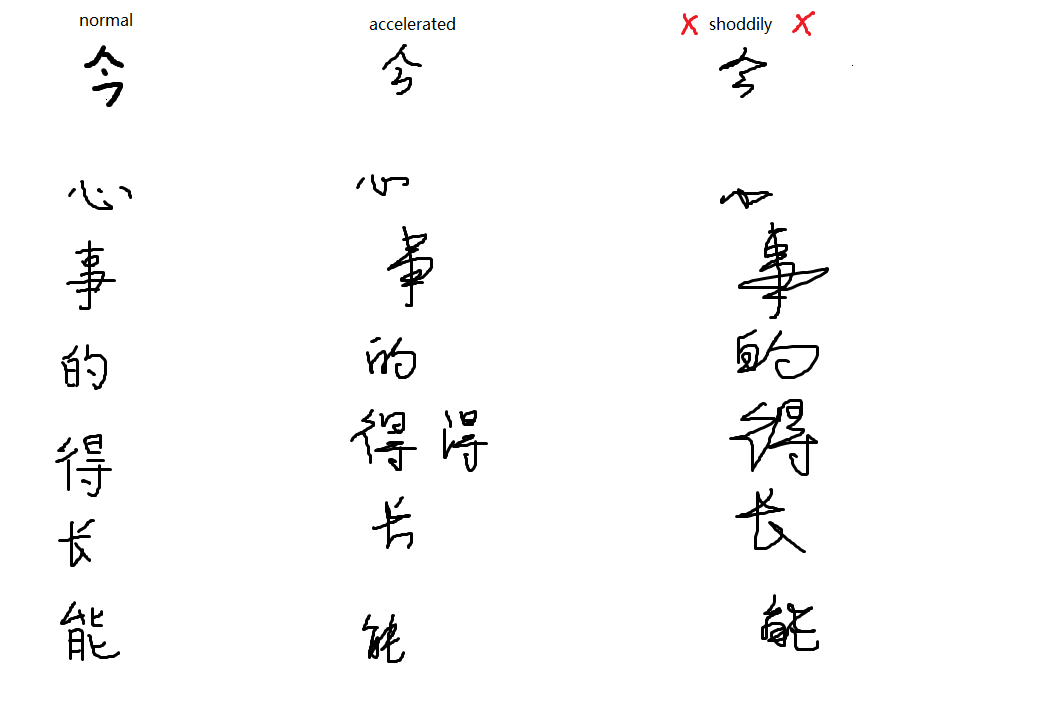 3
Does a similar system to a pangram exist for handwriting practice
2
Stroke order of 㠭
0
Do characters like 司, 习, and 可 have different first strokes?
2
Can I always write the 艹 (grass radical) with three lines only?
2
Is it incorrect to write 少 with a hooked first stroke, like 小?
0
Are both these stroke orders for 里 and 再 correct in mainland China?
1
When writing, do chinese people rotate the page to write more easily?
1
What about the orthography of 苹 (like in 苹果)? It seems consensus is missing
3
Is there a name for a "phantom" stroke handwritten by mistake?