Why is 开 written within a 门 in this sign (without being written 開)?

This sign is in the hallway near our lab. 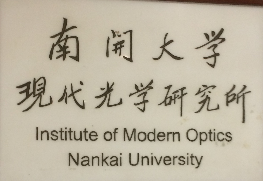 I believe it says:

But the 开 is written inside a 门. I thought it would be a traditional character, however, that is 開, which is not what is written. It's like a semi-simplified character. (研 is written strangely too.)

Question: Why is 开 written within a 门 in this sign?

In these examples, 学 seems to be written as the traditional 學.

BabelStone wrote a Proposal to Encode Obsolete Simplified Chinese Characters which also contains a lot of history and other important information.

Under the heading 2.2 we find:

The table below lists all 324 first batch simplified characters in the order that they occur in the published table of simplifications. The reference number is prefixed “DJ” for Dìyīpī Jiǎntǐzì. Mappings to the corresponding standard simplified and traditional character forms are given in the columns marked “Simp.” and “Trad.” respectively. Characters that are proposed for encoding are given a Unicode number of U+XXXXX and printed in red. Unicode points marked with an asterisk are for CJK-D characters, and as of writing are still provisional.

Background about these simplifications also on the BabelStone proposal explain under 2.1 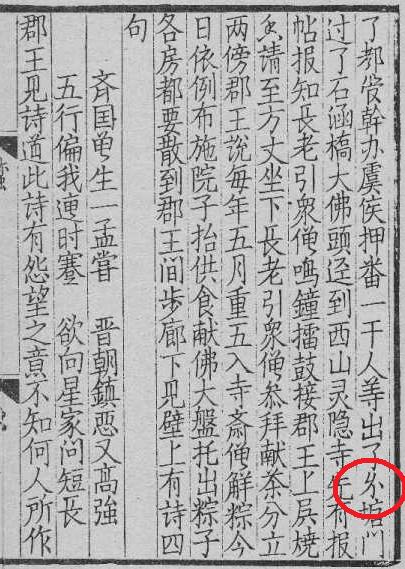 Most likely the building was founded during Aug '35 - Feb '36 by some forward thinking intellectuals who were keeping up with the times.

As in your picture we can see that 學 is also simplified but 現 is not.

We can find 學 as the 38th character on BabelStone's First Batch Simplified Characters table:

So it stands to fit in our timeline here.

Funnily enough the same character can also be found in the BabelStone proposal under 3.2

The table below lists only those 77 characters in the 1969 table of 502 simplified characters that differ from standard PRC simplifications (see Appendix D). The reference number is prefixed “SJ” for “Singapore jiǎntǐzì”). Characters that are proposed for encoding are given a Unicode number of U+XXXXX and printed in red. Unicode points marked with an asterisk are for CJK-D characters, and as of writing are still provisional.

This, in all likely-hood, has nothing to do with Nankai - a university established 1919 in Tianjin.

Slightly unrelated: Another funny thing is that these "aborted" characters can sometimes also be seen from the Second Round of Simplified Chinese Characters .

There's this fun blog post from Sinoglot called Park that simplification - but it seems that it hasn't been maintained very well since it was posted in '10 seeing that the original image is now missing, which mentions: 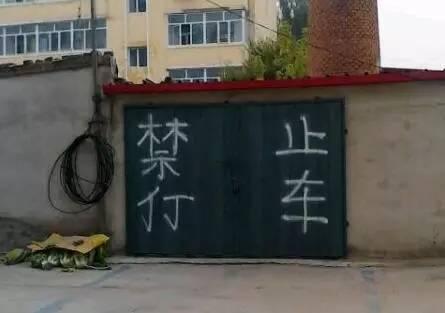 … 禁止仃车 (jìnzhǐ tíng chē), in which the third character is 仃 instead of the proper 停, I immediately assumed it was an uneducated mistake propagated by one of society’s fringe characters.

But it turns out to be a fringe character of a different sort.

I asked Sinoglot’s Kellen Parker if he’d run across 仃 used this way. where is my ip ask edd Not only had he run across it, he had the Wikipedia reference! According to that article (which has some fascinating-looking references — I just expanded my Amazon wishlist) 仃 was used for a few years as a completely legitimate simplification of 停 in the so-called “second round” of character simplifications. The simplifications didn’t stick and were repealed in 1986, but it’s possible, if our No Parking writer was educated between 1977 and the mid-80s, that 仃 was simply how they learned to write it.

There is this image in one of the comments though: 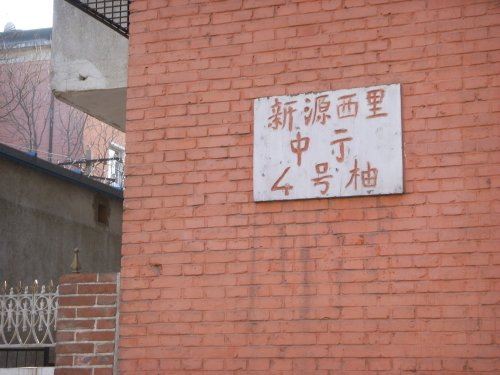 I snapped this down the street from where I live. One second-round character (亍 for 街) and one non-standard simplification (柚 for 楼). The community across the street has attractive building signs with the inside of 源 written as 元, which you’d think would be a second-round character, except that the standard was in no way systematic: 原 became [厂+元], but 源 was overloaded on 沅.

I think I first became aware of the characters when I noticed a simplified version of 部 (卩 whose top stroke extends further to the left) cast into some of the iron benches in Jilin’s Longtanshan Park. Or maybe when a friend wrote 量 as 旦 over 力. Fun stuff.

The ones I’ve seen most commonly in the wild are 歺 (on hand-lettered breakfast stall signs) and 伩 (in a handwritten note from someone who teaches at Beida). I’d be curious to know how many of these existed previously as folk simplifications: I have no problem believing in 伩 and 歺 (餐 really is a pain in the ass to write by hand when you’re hungry and all you want is some cheap and cheerful 歺); 亍 existed previously as part of 彳亍. 旦 over 力 is just weird.

and another interesting one:

Great post. I am actually doing research on “Second Round Simplifications”. My favorite is 氿. Even as a Mandarin learner rather than a native speaker, this character (meaning of course good old 酒) looks just absurd to me.

A second Sinoglot post Wut if ur kid’s skool thot this wuz fine spelling? attacks this in more detail - but the pics are missing (again!). Shame.

Wikipedia's page of Second Round of Simplified Chinese Characters has quite a bit of explanation too, of how it began:

In 1975, a second round of simplifications, the Second Scheme, was submitted by the Script Reform Committee of China to the State Council for approval. Like the First Scheme, it contained two lists, one (comprising 248 characters) for immediate use and another (comprising 605 characters) for evaluation and discussion.9 Of these, 21 from the first list and 40 from the second also served as components of other characters, which caused the Second Scheme to modify some 4,500 characters.10 On 20 December 1977, major newspapers such as the People's Daily and the Guangming Daily published the second-round simplifications along with editorials and articles strongly endorsing the changes. Both newspapers began to use the characters from the first list on the following day.10

The Second Scheme was received extremely poorly, and as early as mid-1978, the Ministry of Education and the Central Propaganda Department were asking publishers of textbooks, newspapers and other works to stop using the second-round simplifications. Second-round simplifications were taught inconsistently in the education system, and people used characters at various stages of official or unofficial simplification. Confusion and disagreement ensued.[11]

The Second Scheme was officially retracted by the State Council on 24 June 1986. The State Council's retraction also emphasized that Chinese character reform should henceforth proceed with caution, and that the forms of Chinese characters should be kept stable.[12] Later that year, a final version of the 1964 list was published with minor changes, and no further changes have been made since.6

Sometimes these things caught in "time warps" are easy to come out.

The other answer has dealt with 開, so this answer is in response to your other query ("研 is written strangely too"). 研 is traditionally written 硏, which is what the image shows. 硏 is a semantophonetic character comprised of 石 and 幵, where 幵 (graphically, two 干 side-by-side; pinyin: jiān, qiān) provides the sound of 研. Note that the character has nothing to do with 开 in the sense of the meaning open; this sense is strictly a Simplified Chinese invention (i.e. not applicable to all other characters containing 开 bar 开 itself), and traditionally 开 is just a graphical simplification of 幵.

This means that all characters actually containing 开 traditionally came from 幵 (e.g. 形). Note that 開 does not actually contain the component 开/幵, but is derived from the components 閂 (a bolted/latched/locked door) and 廾 (two hands), indicating the meaning two hands opening a latched door --> open. This is most obvious in some ancient forms of the character, e.g.

From all this, you can gather that the text in your first image is written in Traditional Chinese shorthand, not Simplified Chinese. 現 appears as-is (not simplified) and 学, 门 has long been used as shorthand versions of 學, 門.

7
Why is 景 written "wrong" on the Nestorian Stele?
0
How is this character written: “一点一横长，二字下来口字方，两边丝绕绕，中间马大王，你也长，我也长，心字底，月字旁，打把金钩挂衣裳。”
6
Why does 他没看书 use 没 and not 不 in this dialogue?
2
In this dialogue, why does 一米八几 mean "more than 180cm tall"?
0
Why this header of "世界日报" is written as "世界曰报"？
0
Why characters with "口字旁" were chosen in this transliteration?
3
Why are the words 戒 and 戎 written similarly?
6
Why would this insect pest poster in Taiwan have phonetic characters (Zhuyin) on every Chinese character?
1
Can someone translate what is written in this photo please?