Why does 写 not have a dot on top?

Many hanzi have a roof on top, including a dot. From the HSK2 list, we have:

The commonly used hanzi 写 is unlike these because it does not have a dot on top.

Chinese-tools.com lists hanzi with the radicals 宀 and 冖. On the list for 冖, the only other one I've seen before with 冖 on top is 农, although I would never had realized.

I'm wondering if there's a reason the hanzi 写, in particular, does not have a dot.

Question: Why does 写 not have a dot on top?

(Another exception I can think of is 买, which has the radical 乛 on top, but it has a counterpart 实 with a roof.)

The, new, Outliers dictionary provides some insight as to how 寫 became 写: 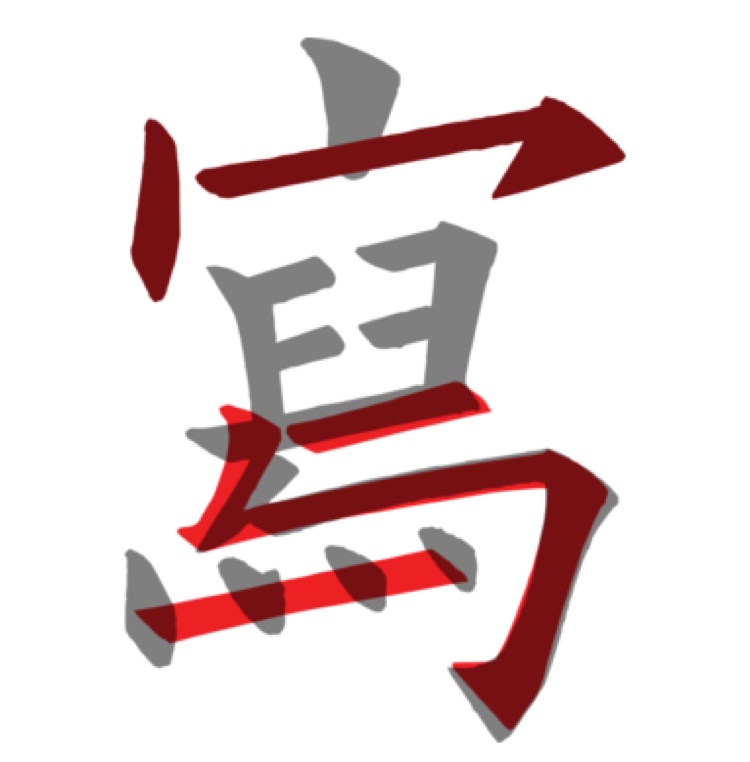 which is referenced from:

In 写, 冖 is an empty component. It was originally 宀 “building,” a meaning component, hinting at the original meaning “to move something from one location to another.”

The simplified version is just simply old shorthand that was in turn made into a Chinese simplified character.

I'm not sure why, but the traditional form 寫 has the dot. But in the calligraphy, there were some styles that don't have the dot before. e.g.

And one of these styles, i.e. 写, is selected as the simplified form.

It is said that in the calligraphy, according to the artistic sence one more stroke or one less stroke is not uncommon.

Not the answer you're looking for? Browse other questions tagged etymology radicals characters glyph-origin or ask your own question.

10
Determine radicals for simplifed characters that lost their traditional form completely
11
Why was the rice component added to 气 to form 氣?
6
Looking for very common dialect words that have no Standard Mandarin Chinese hanzi characters
3
Understandable names of the radicals
2
Radicals vs glyph origins (specifically for character 肚 in 肚子)
0
What are the radicals that make up 地?
6
Why are the lists of Kangxi radicals different everywhere?
5
Why does 定 (dìng) disable the monsters' movement in the movie 捉妖记 (Monster Hunt)?
5
Meaning of early written versions of 地 and etymology?
0
Does 习 contain the alterantive hook (Kangxi 6) radical and is more information available about this alternative form?