The glyph origins of 半

Pursuant to the question below about 伴：

What intrigues me is what 8 八 and a cow 牛(or 2 cows) have to do with this?

An old version of 伴

We see what looks like 2 people to me, but the dictionary says it is 2 times 半， = 八 (8 or divide) and 牛 (ox, cow) twice. Later we see 伴 as 人 + 半 Maybe on a notion of 'a man's best companion is his cow?' （In ancient times I think, a cow was regarded more valuable than a wife, at least in many societies.)

Perhaps those etymologies are not quite correct.

The, current, definition in the new Outliers dictionary gives the following explanation: 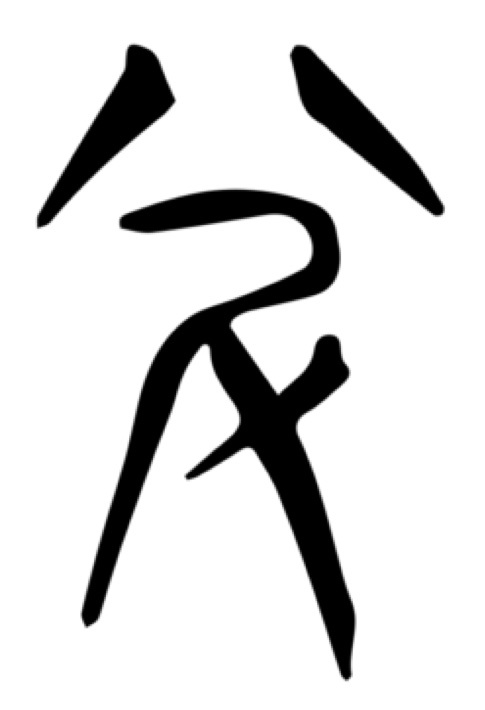 半 was originally composed of 八 “to divide; cut into two parts” and 斗 “measuring spoon,” indicating the original meaning “a spoon used to serve alcohol with a capacity of half a 斗 (dǒu).”

They give the following reference:

Then under Meanings they continue:

1 (orig.) a spoon used to serve alcohol with a capacity of half a 斗 (dǒu)

I guess a 半 is almost like a half-pint - if we’re to put it in modern terms westerners could understand.

edit: I would imagine 伴 is comprised of 亻/人 [a meaning component] and 半 [a sound component].