What do these two seal stamps and these three characters on my Chinese painting mean?

I got a seemingly Chinese painting from a thrift shop some time ago and would like to know what the seal stamps and characters on it mean. I have to admit that I don't have any prior knowledge of the Chinese language so I'm out of my element concerning the matter at hand. Amateurish research on my behalf proved to be unsuccessful and rather overwhelming so I'm turning to you for answers as my last choice option now. 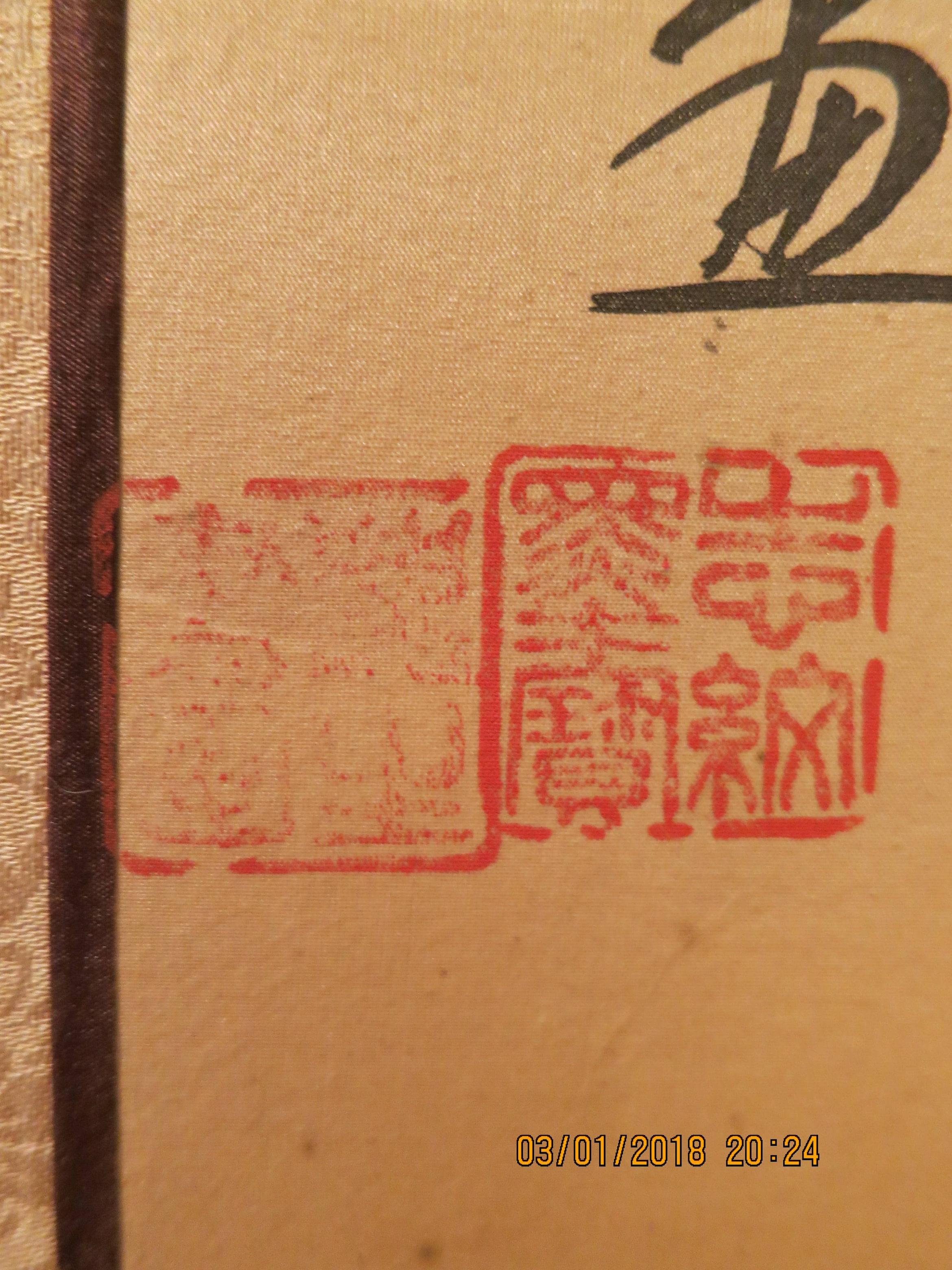 Here a close-up of the two seal stamps. Sadly the left one is rather unrecognizable for the most part. With bare eyes you can make out more of the lines than visible here on the photo but I guess I would be content with someone just deciphering the right one. I could try to make a better photo of the left side seal stamp if someone sees the need for one, but I doubt it would be much better than that one. I guess these two are just normal name seals of the artist/collector, am I right? 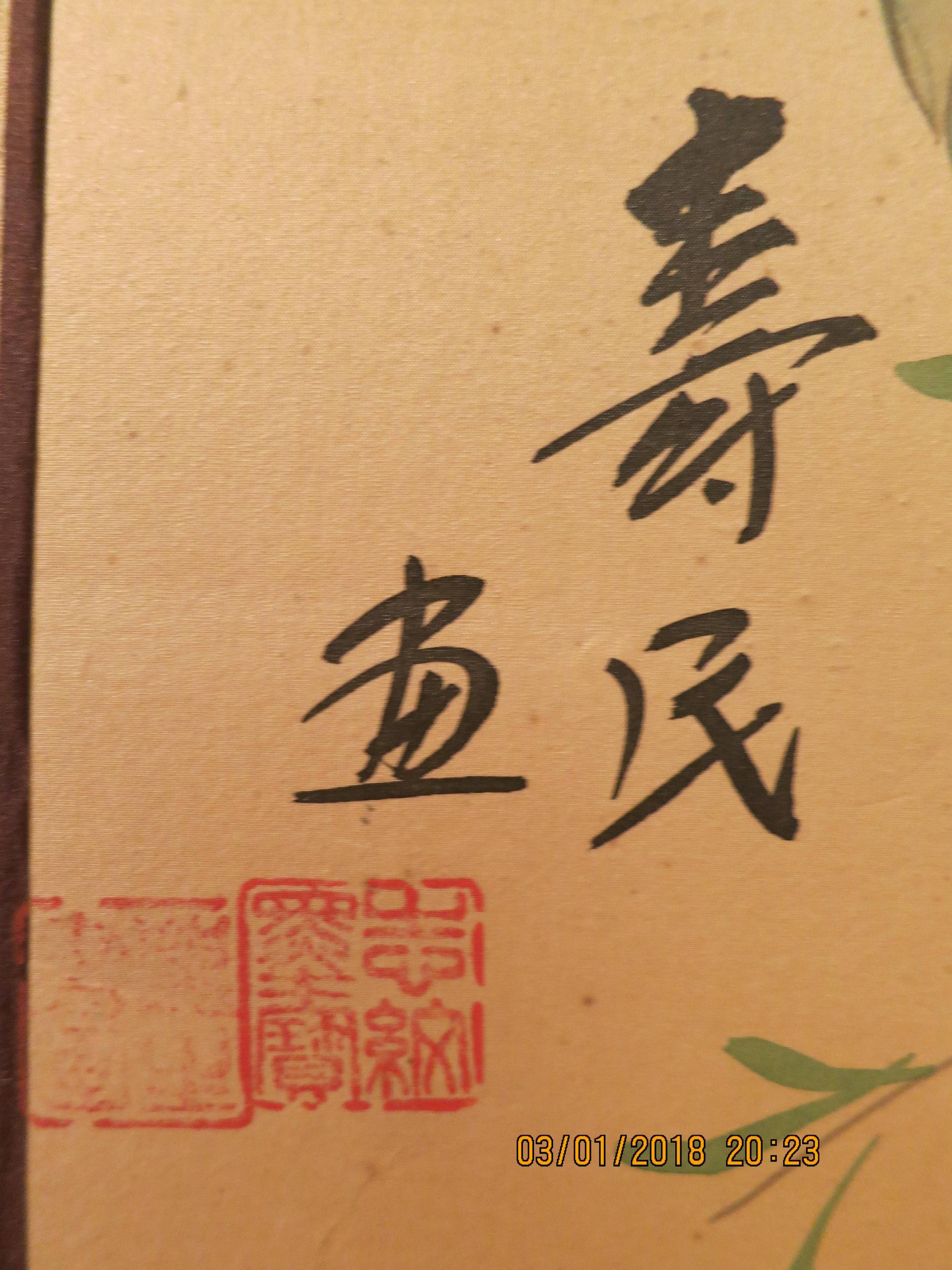 Here you have a good look of the three characters I mentioned earlier. I guess they mean the title of the painting or they stand for some Chinese proverb or phrase. The meaning of these seal stamps and characters shouldn't be anything overly sophisticated though, considering the quality of the painting overall. 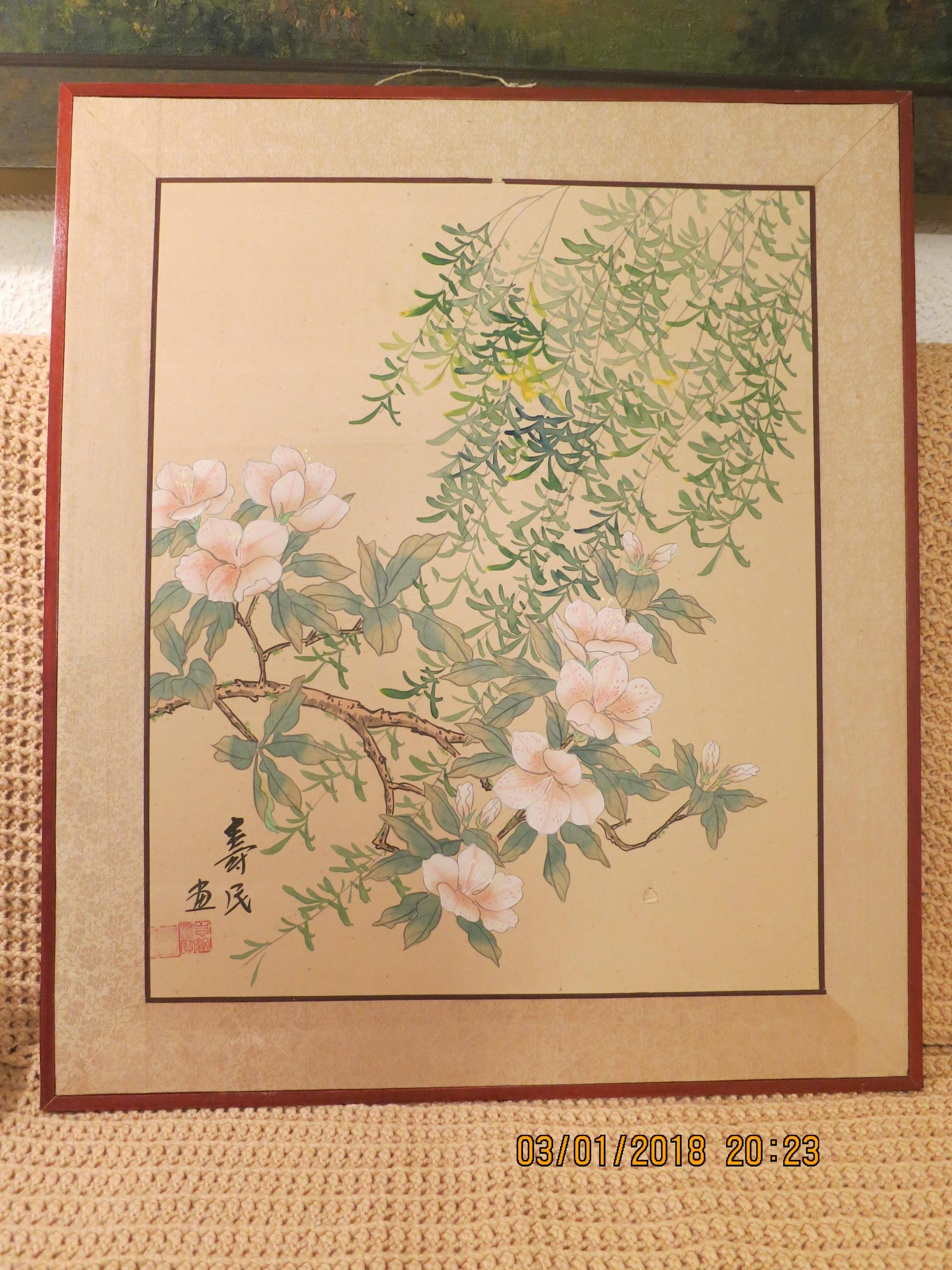 The painting itself depicts floral motives (cherry/plum blossom? and something else). I'm pretty confident that this is a Chinese painting because of the four-toed dragons as ornaments on the frame, the style in general and some other clues. It seems to be from the 1890s-1920s I guess, if this information is of any help in that context.

I would be very grateful if someone of you could shed light upon this matter since it would be very interesting to know what this is all about, regardless of wether these stamps and characters mean something "special" or just something trivial. I already want to thank you for your time, effort and expertise in my case. I hope this proves to be as interesting for you as it is for me.

Many greetings from cnt.

The characters written in black ink is the first name of the painter (寿民 Shoumin). If you Google it, there is a painter named 边寿民(Bian Shoumin) in Chinese Qing Dynasty.

Here is a link to Wikipedia https://en.wikipedia.org/wiki/Bian_Shoumin

You can also Google the word “边寿民” by image to see his other paintings. If this painting is not counterfeit, It would worth around 500,000 in Chinese Yuan ($80,000).

The characters in the clearer seal may be:

Which should be read as "志紋墨寶".

The first character "志", I'm not sure, it's just my best guess.

litbearlitbear
101
1
Add a comment  |
Highly active question. Earn 10 reputation (not counting the association bonus) in order to answer this question. The reputation requirement helps protect this question from spam and non-answer activity.

Not the answer you're looking for? Browse other questions tagged translation characters seal or ask your own question.