What's this character that looks like 七 with a ～ in the middle? And what's its history?

Having a hard time figuring out what this guy is:

The equivalent Wikisource page for the material I'm working with says that it is:

Which zisea says it is:

(It's a pain to search, the character isn't even encoded into Unicode)

Was it shorthand or did it have another history?

is recorded in the following titles:

See the entry of 甚 from the Taiwan Ministry of Education's variants dictionary.

Note: the difference between「甘」and「口」in this context doesn't make a big difference, as「甘」(sweet) was originally「口」with a mark, representing a piece of food in a mouth:

The meaning of sweet/good flavours is extracted from the idea of tasting the food.

The entire compound form of「甚」meant contentment, happiness, at peace, as a result of being satisfied from being fed.

Later on, decorative marks (飾筆)** were added on to the character, in the shape of「八」:

Since characters weren't standardised back then, sometimes「口」and「八」were switched around:

This last form is the direct ancestor of the modern form of「甚」.

Of course, the above doesn't explain the cursive form that appears in the question. My personal speculation is that

is a result of (1) character corruption (訛變) and (2) character simplification (簡化/省略). 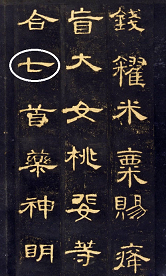 What looks like「合七首藥神明膏」should be interpreted as「合匕首藥神明膏」(miraculous knife-wound-healing medicine), where「匕首」means dagger. Many modern forms have retained this corruption, such as in the character「化」, which was originally「⿰亻匕」. See, for example, the modern Chinese (left) form vs. the modern Japanese (right) form of 「化」:

Of course, take all this with a grain of salt; I haven't found a detailed academic commentary on the character

, and welcome any corrections to this answer by anyone who has.

The shape of the bottom looked very similar to and was later merged with the shape of「火」, eventually turning into「灬」and causing the tail to be detached to the rest of the body. This latter form can be considered as the direct ancestor of the modern form of「魚」:

I think it could be the character 正. 行书或草书的正就这么写。better you have a context to figure out. Otherwise, it is very hard. It might also be like Japanese.

It could also be 甚 as you said. 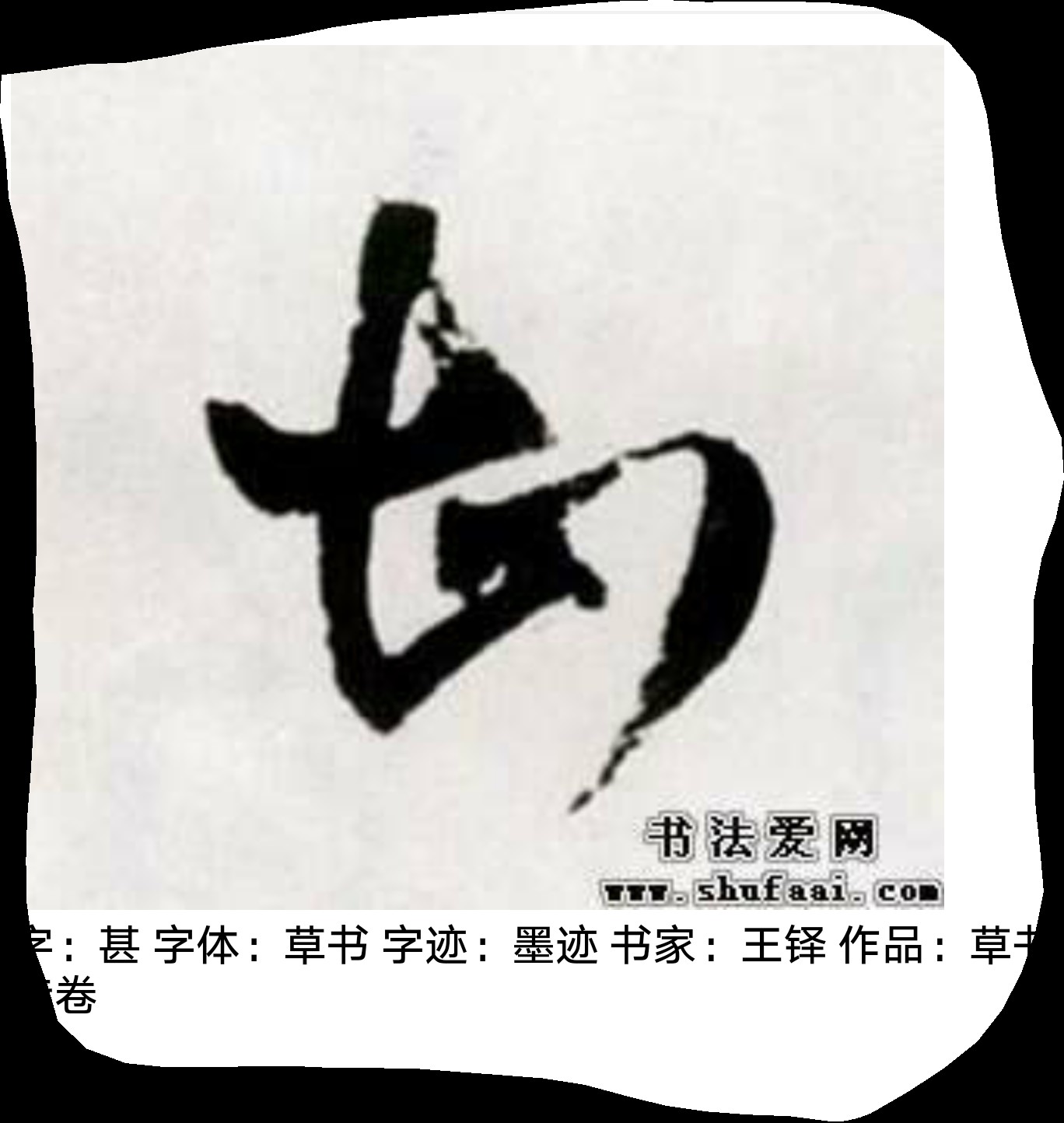 Not the answer you're looking for? Browse other questions tagged meaning character-identification glyph-origin or ask your own question.

35
Etymology of the Chinese number characters (一二三四五六七八九十百千)
2
English translation for 来 in 你哪儿来的这么多书? compatible with a Chinese-to-English dictionary
16
家: why is a home a place for pigs?
1
Friend was given a guitar with what looks like Chinese handwriting on it (Characters identified: 茶杏銅鑼)
1
Meaning of 嫑 and its middle radical
0
What's the missing character: 幼儿为「么？」?
4
What is the history of the character “耻”?
4
Glyph origin of 「凉」 and its relation with 「涼」
5
How did 漢 come to represent the Han people and civilization?