Which online resources (preferably open source / cc) does contain info on which Chinese verbs is separable?

Some Chinese verbs are separable (also called verb-object compounds), that is:

Where 上課 is a separable verb.

The Pleco app contains this information. It was actually confusing me for a while, but the //'s in the pinyin indicate verb separability. Pleco includes some free dictionaries, but it also allows you to download others for a price. I'm not sure if the verb-separation indications are tied to any particular dictionary. 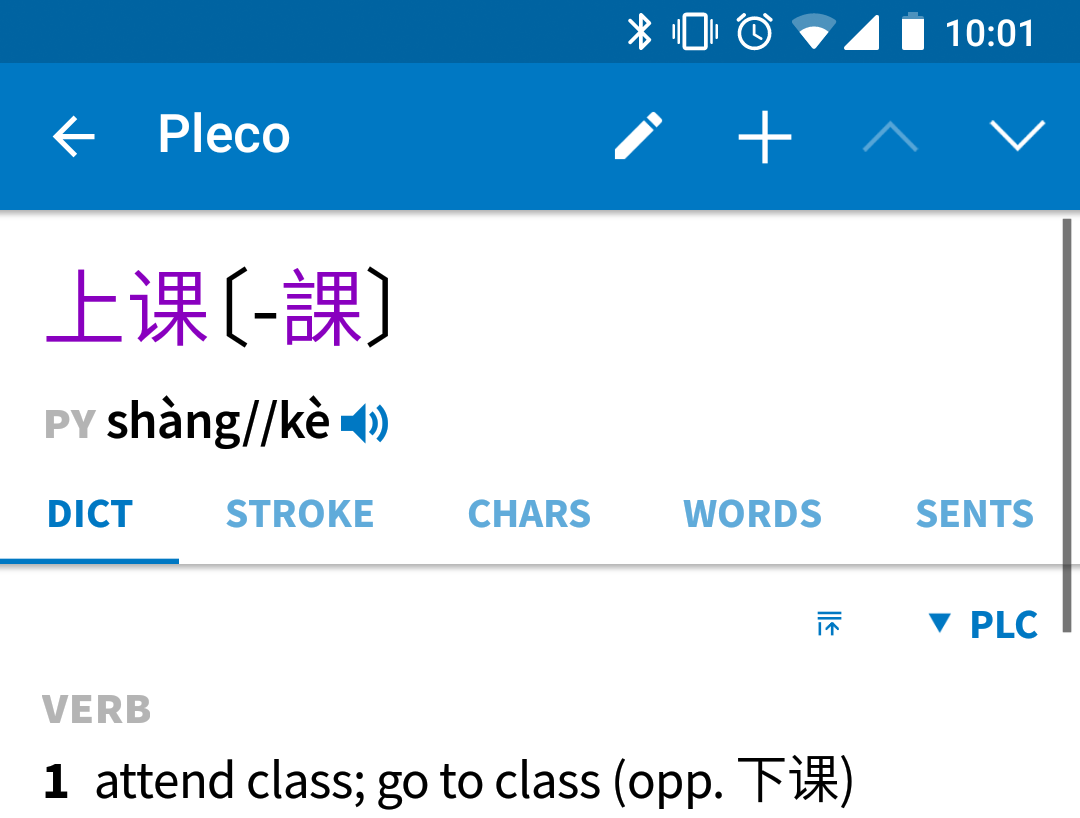 In fact, in mandarin, you will have less confusion if you try to understand individual glyph. Once you get use to each glyph meaning, then you can start learn combination verb/noun/proverb.

Take 上课 as example, from young, native speaker learn the verb 上. Then there will be no surprise when one saw the variance , i.e. when 上 mean "go to do something", then it is obvious the noun like 课 make it an an action. So

Unlike English, German, etc you don't need to deal with abnormal verb changes. thus learning the root glyph let you understanding most written article without knowing tons of mandarin nouns.

Not the answer you're looking for? Browse other questions tagged grammar verbs separable-verbs or ask your own question.

5
Answering yes/no questions
4
How to parse 没得 + Verb constructions
2
Is there a comprehensive list of separable verbs (离合动词) anywhere?
3
Are there transitive/及物动词 or intransitive/不及物动词 verbs in Chinese?
1
Are both 他游了三个小时泳 and 他游泳游了三个小时 fine?
4
What are some more detailed dictionaries?
9
Why can't 去 or 回来 be used with 在 or 正在 to become progressive
4
What is the phenomenon of putting a verb twice in a sentence called?
1
If you can use Chinese nouns as verbs, or vice versa
1
Subject + predicate as topic and prepositional phrases