When should 叉 or 岔 be used when talking about a forked road?

I have encountered the following usages of 叉 and 岔 when dealing with forked roads:

Is there any rhyme or reason to when to use 叉 vs. 岔? Is one more correct than the other? or only in certain usages?

Based on a google image search, it seems like 岔路 is used on road signage more often than 叉路. 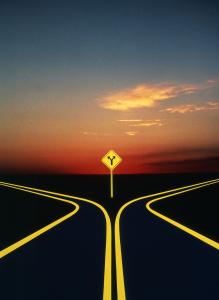 the road splits in front of you, like crossroads. 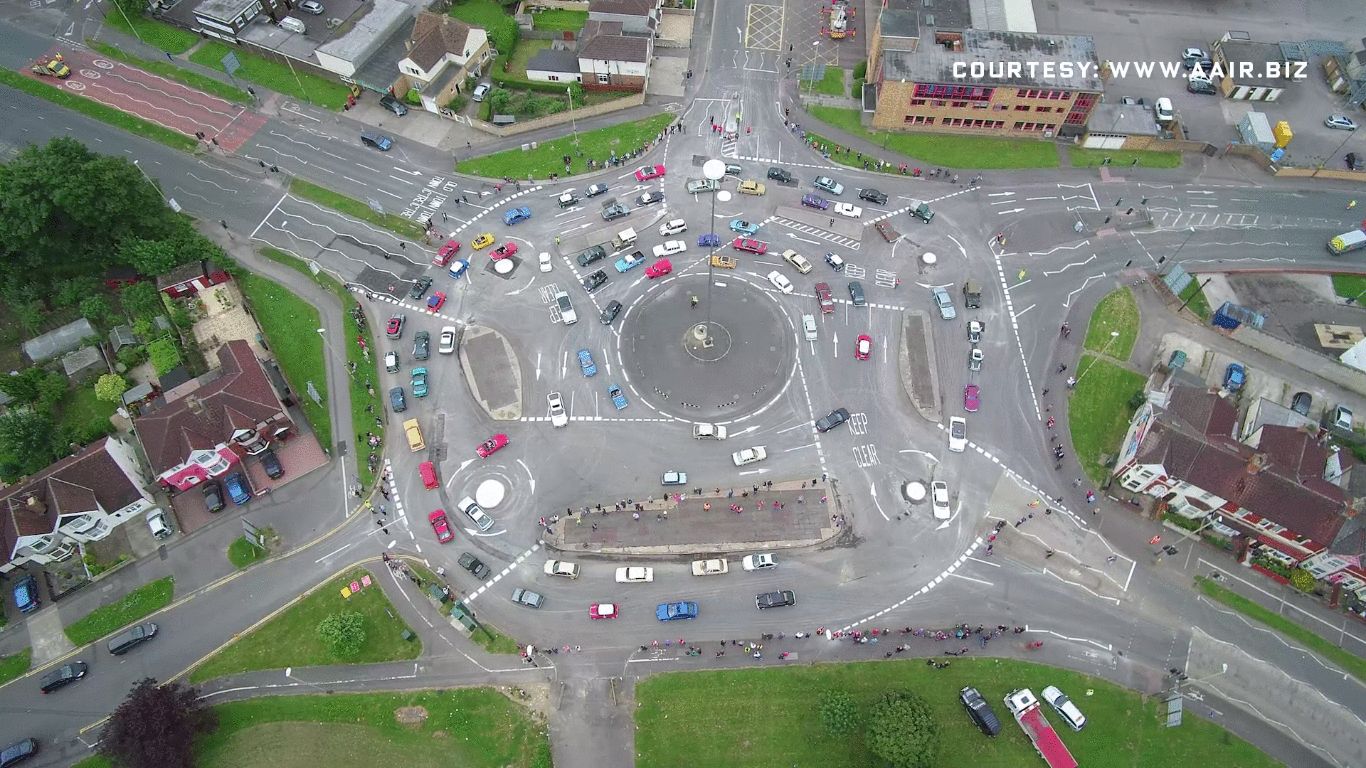 Translating the word “forked road” is something interesting!

First, let’s go and look the English word “fork”. In Oxford Dictionary of English, it means “an implement with two or more prongs used for lifting food to the mouth or holding it when cutting” or “the point where something, especially a road or river, divides into two parts”.

And “forked” means “having a divided or pronged end or branches; bifurcated”.

Second, the character 叉（chā） doesn’t mean a implement originally. It means “crossing fingers”. In ancient etiquettes, 叉手 is not the way that western people crossing fingers but actually folding one hand onto the other hand. And it’s expanded meaning is “cross”.

By the way, the implement so-called 叉 might not be the original production in Chinese agricultural history. Because we had our own. Something like “耒, 耜, 耒耜, 铲, 锛”. Only “耒” had been described as “formed like a fork” by later generations. So that 叉 might be imported along some road on the western and northern grasslands of China. How about the ancient Chinese fork-like implement using in fishing? I have no idea.

岔（chà）specifically indicates “the point where something, especially a road or river, divides into two parts”. 岔 is taken about mountain as far as 汊（chà）is about river. While you see, 叉 is taken the meaning of “cross” in 汊.

Here’s one more thing, we speak fēn chàr but mostly write it as 分叉(儿) because it’s easy to write but weird to pronounce as fēn chār.

Not the answer you're looking for? Browse other questions tagged usage vocabulary or ask your own question.

13
Difference between 特色, 特點, 特性, 特質, and 特徵
3
Does 住 人 mean "people living in the area" or "real live people, as opposed to puppets and fictions"?
4
Describing Characters: AB的A/B
2
Appropriate way to reject an offer
4
The slang(?) phrase "乾掉了"
2
When is it appropriate to address someone as 老板 [laoban]?
3
黑 and 乌 talking about colours
2
Do I necessarily have to use 第 when talking about a page number?
1
Talking about things in the past - 曾经， 从前，以前
1
How can I make sense of 落家里 within 张东把钥匙落家里了?