What are these characters on old brass stamps?

These brass stamps were found by a relative in China ~1917. I'm wondering what the inscriptions mean. The smaller one in the likeness of an elephant is worn and discolored. 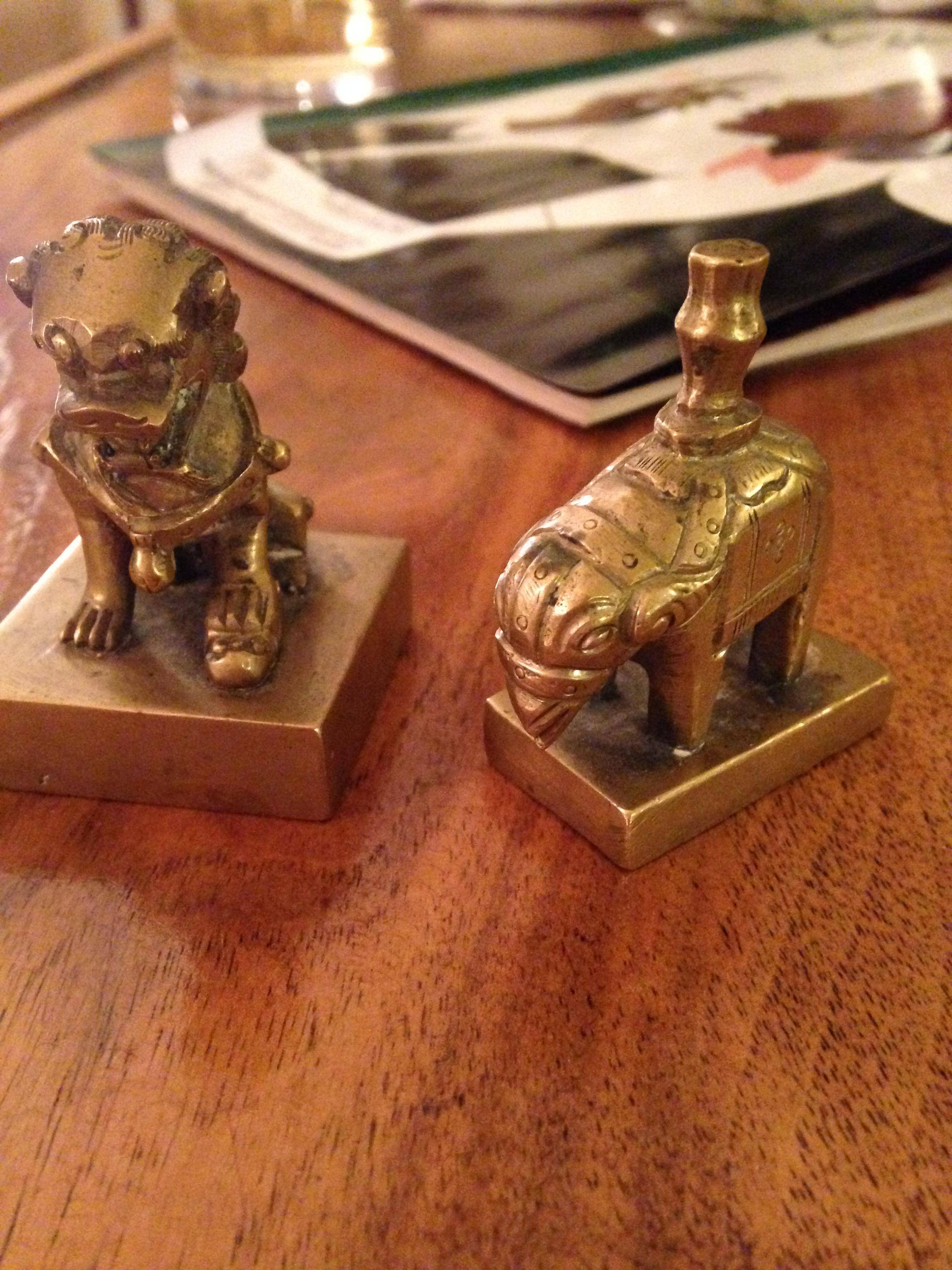 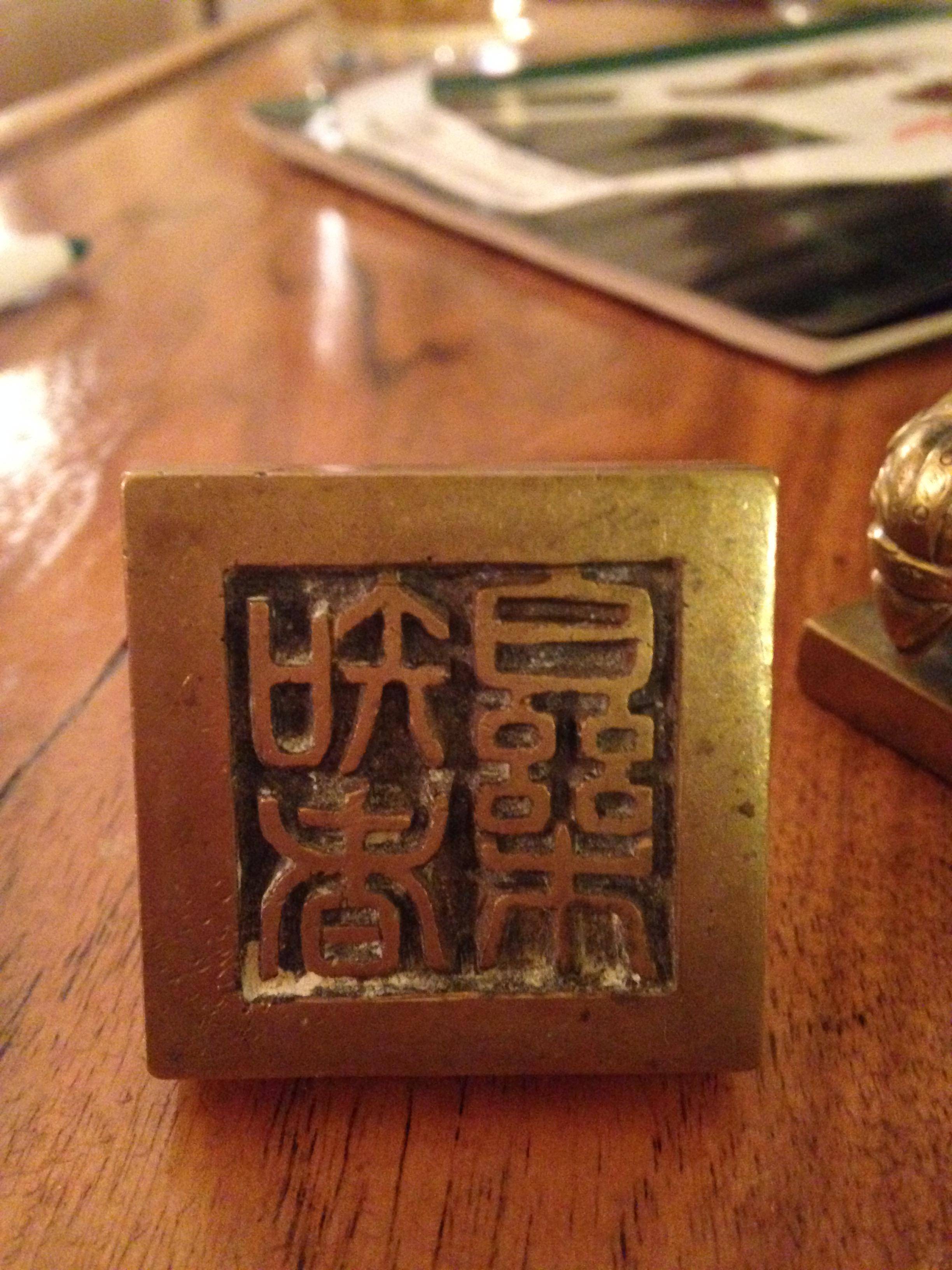 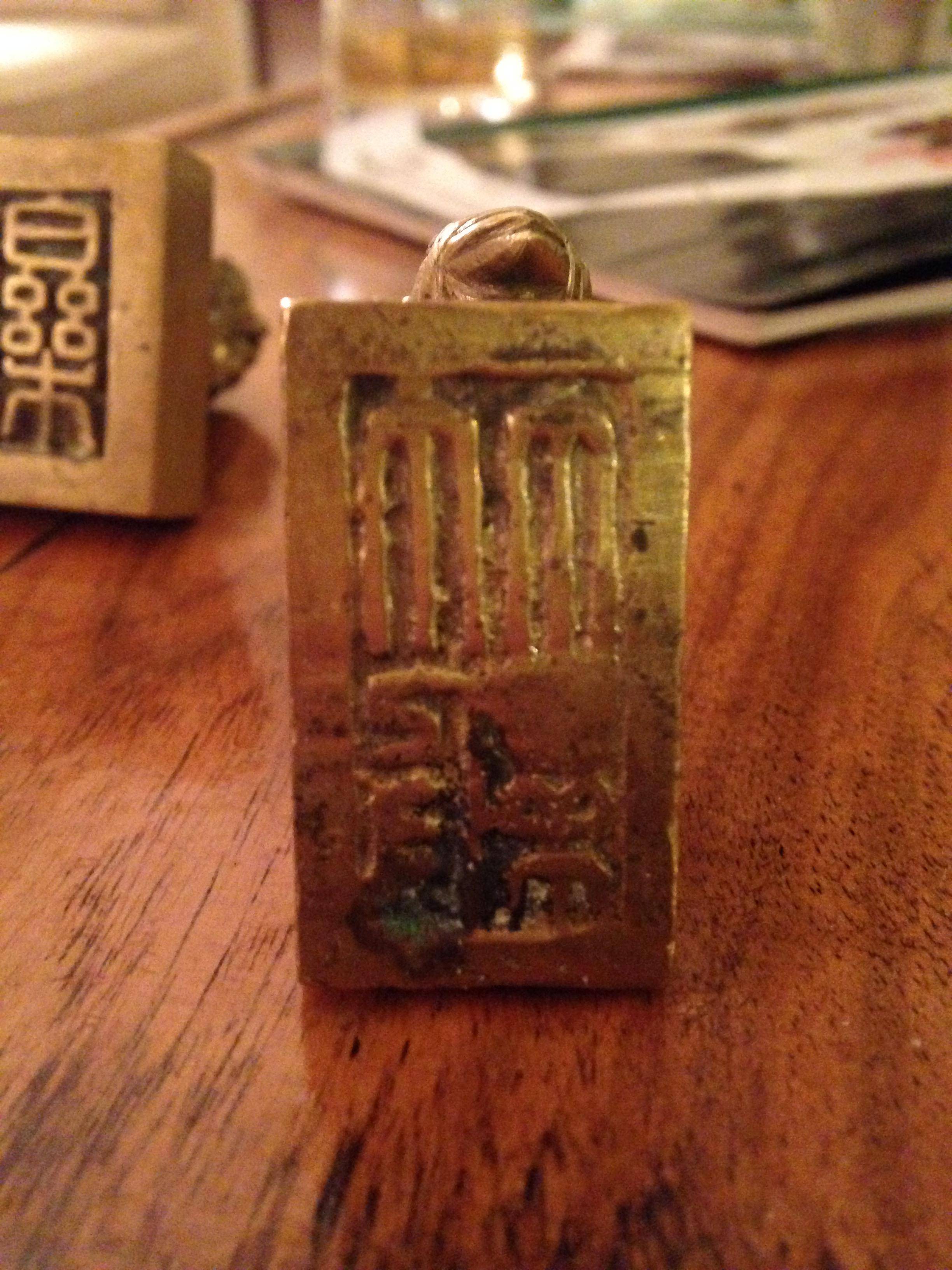 These characters are engraved in seal script. The first stamp says 知(智)者樂, a line from the Analects meaning those who have wisdom are happy. The second one has degraded too much to be identified, with character components missing from the bottom character in the stamp, although the top character or character component is 竹 (bamboo).

「矢」originally depicted an arrow like that used in archery. The seal script version comes from a transformation of the loop-shape at the fletching into a horizontal line.

The last sample is directly linked to the seal script form:

This shape is directly inherited by seal script:

Oracle bone, bamboo slip, bronze, and seal script forms of「口」will all look something like the above, with the corners of the mouth clearly drawn. The current form「口」is a clerical script innovation, so do not get this confused with other things written like「口」now, but were clearly distinguished in seal script and earlier: 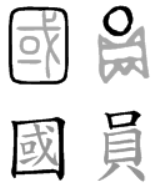 The basic shape of「者」in seal script remains the same at the bottom as regular script, with most samples using「曰」. The top is subject to wildly varying shapes, and in this stamp the relation is most easily demonstrated by a Qin script sample:

「樂」depicts a musical instrument made from silk threads and a wooden structure. It is comprised of

「木」and「白」in seal script are relatively similar to their appearance in regular script.

「幺」is the top of「糸」, which depicts several loops of silk threads ending in some frayed thread ends, and the identification is explained in another SE answer.

Note that in this stamp,「白」is moved to the top of the character, presumably to fit the character into the thin rectangular frame. This is a relatively drastic change.

「竹」originally depicted branches and leaves off a bamboo plant: 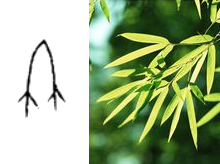 Later on, the branches were separated, leading on to the seal script form

4
What does this seal of 宋高宗 say?
4
Help please me find out what this means
3
Chinese painting poem and seal meaning

// TODO sg: TMP solution until we are confident in our current implementation of async imports // once we are, we can move the if into the js entry file and dynamically load the mark obsolete module