How do I practise grouping characters into words? At which stage of learning should one expect to be good at this?

I just got the following sentence in a newsletter:

Being a beginner that I am, I read it as "Can I please get one pay-check in advance?" because I saw this in my dictionary:

Of course, the newsletter corrected me with the correct translation "Could I borrow your pen, please?". Only then I realized it was 借 + 支笔.

I've noticed this happens to me a lot with new texts/sentences, and this is probably the most extreme example (because I already knew the 借支笔 characters).

Is there anything I can do to eliminate this issue? Or should I simply continue to learn and everything will "fit into place" eventually?

Additionally, do native speakers encounter ambiguities like this one in spoken Chinese? (Well, maybe not exactly like this one..) How are they resolved/avoided?

As a native speaker, I'm trying to introspect my understanding process:

借支 is not a common term. Even in the right context (the money business), it may take a while for a native speaker to realize these two characters are meant to be a word. 笔 isn't really ambiguous as its position in the sentence dictated it has to be a noun, so 支 is the measure word and 借 is the single-character verb 'to borrow'. 借支笔 sounds right, just like the other phrases with a similar pattern that bump into my head when I read this sentence: 借张纸, 借本书, etc.

As you can see, the key knowledge here is the contextual usage and the idiomatic patterns, which is something that really takes many years to build up and comprehend. Most native speakers learn it in elementary and middle school years in both explicit (textbook) and implicit (daily conversation) ways, hardened by a lot of repetitions, homework and examinations. For example, we were taught to differentiate the two possibilities of 把手 in 3-4 grade in elementary school (at age 8-9):

把手拿开 Move your hand away.

And our language development comes to a stage that we can say and resolve most of these ambiguous phrases smoothly, generally at age 14-15.

There is a lot of freedom in Chinese grammar and a lot of mix-and-match combinations in the vocabulary, accordingly there are a lot of idiomatic patterns to know before you can segmentate a sentence with ease.

How native speakers deal with it? If there is only one way to make sense of the sentence, other possible segmentations don't really make sense, then there is no ambiguity and nothing to avoid. If it's really ambiguous, the speaker may become aware as soon as he says it and then adds something to clarify, or the audience asks a question or just repeats the sentence in a confused tone to seek elaboration. These methods are no different from any other language.

And yes, there are things that is totally ambiguous, even native speaker couldn't tell. Like 南京市长江大桥, without context you never know which of the two it means:

This is a very good question. Most Chinese would have no difficulty understanding your example sentence due to the sentence structure as explained by tomriddle_1234 in his answer. Once you master the basic grammatical structure and improve on your vocabulary, most of it will fall in place. In cases where Chinese do encounter ambiguities, most of it can be resolved by looking at the context. For example:

When reading the beginning of the sentence above, it sounds like someone is cursing "他妈的", but upon further reading, it becomes clear that someone is praising another one's mother for her excellent cooking skills.

In cases which cannot be resolved from context, controversies arise. A good recent example will be: 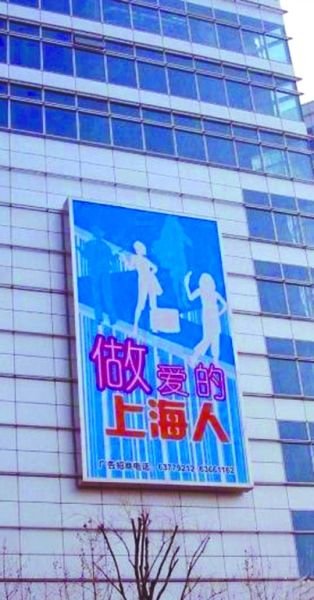 What do you think?

First analyse the context in this sentence, this action happens between you and me. so 借支笔 must be predicate and the object. and "借支" is intransitive or noun, so it cannot point to "笔", if you have more vocabulary, you know "支" is the quantifier for "笔", then 借支笔 = 借 + 支笔 = adverb + object. The original complete phrase should be 借一支笔, as here "一" is saved for an idiom.

but once you know 借支笔, you can memorize it as a short phrase.

Not the answer you're looking for? Browse other questions tagged meaning-in-context reading ambiguity or ask your own question.