Is this email correct grammatically and structurally?

Recently I have tried to become more proficient in writing emails in Chinese. The structure for these are difficult, I have provided an example of a email I recently wrote. Is this correct grammatically and structurally? 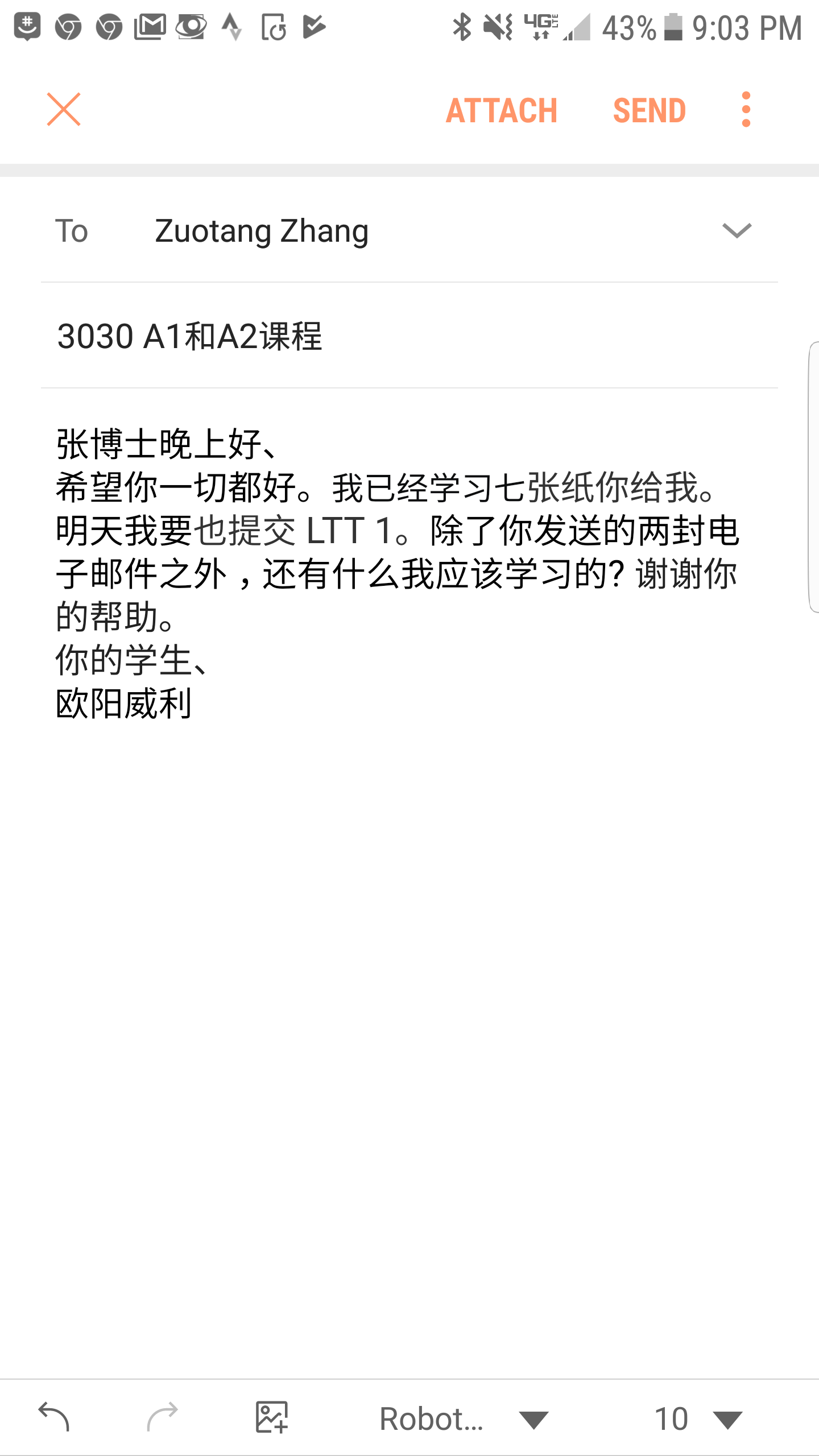 There are some basic grammatical things you should take note of, along with some stylistic/cultural things you need to keep in mind, considering that you are writing to a teacher, and not a peer. Furthermore, letters are a unique class of literature in most languages, including Chinese. There are specific formats, traditions, and phrases that are unique to letters. In the modern setting, some apply to emails as well, while some are considered a bit archaic. Your command of the balance between modern and traditional will grow as you write and receive more and more letters. I've written some notes sentence by sentence below.

6.你的學生。 In Chinese letters, we don't use the last sentence to describe ourselves. Usually the last line is used to express some polite sentiments to the receiver, such as gratitude, love, care, etc.. This is highly formulaic and you should always consult a guide before you write this. Some gratitude lines include: 「多勞費心，銘感不已」, which means "I have endless thanks for your worries and inconvenience," or 「至盼即時示下,無任感禱」, literally "I very much look forward to your guidance, and am very thankful."

7.歐陽威利 - Following the letter, it is customary to write the word 「緘」 to mark the ending of the letter. In a letter that doesn't have any strong emotions, just the one word is fine. However, if you wish to express more, such as in a case of respect, you may write 「謹緘」, literally "I close this letter with much care".

Some extra info: In Chinese, there's something called 「抬」, which literally means lifting up, or elevation. It is used when you mention a respected person's name within the body (i.e., not the opening or the ending) of the letter. This applies to basically all writings, including novels, official documents, plaques, and of course letters.

There are many kinds of 抬，and there are two that are the most common: 「平抬」and 「挪抬」。平抬 is when you put the respected name in the next line. For instance:

As you can see, breaking the line every time this happens can get quite a bit clunky, especially in official emails that involve a lot of people. Thus, people invented a compromise, i.e. 挪抬. This means just adding a full space before the respected name.

The full edited letter would read:

Wrong grammar. 我已经学习了你给我的七张纸。明天我也要提交LTT1. That's the right grammar. Besides that, some of the format, punctuation, word usage are wrong.

明天我要也提交LTT1 -> not sure what you mean, if you mean "I will also submit LTT1 tomorrow" then "明天我也会提交LTT1"

Besides, those 顿号("、") look weird, I would recommend commas instead.

Not the answer you're looking for? Browse other questions tagged grammar sentence-structure constructs or ask your own question.