Where was the heartland of the pre-historic Chinese branch of languages (or that of the entire language family)?

About the Indo-European family of languages, a common hypothesis is that it originated in central Asia, somewhere north of the Caspian and/or Black Seas.

Do we have any idea where the Sino-Tibetan family of languages originated, or at least of the Chinese branch of this family?

I believe most of the oldest Chinese prehistoric remains are scattered along or around the valley of the Yellow River. Is that also where it is hypothesised that the oldest forms of the language originated, and/or the oldest place where its Sino-Tibetan ancestral speakers dwelled?

A hypothesis is that:

To sum up, the pre-Shang Sino-Tibetan languages went through the following paths of evolution:

Note that Austro-Tai as a language family is still under debate.

Here is a map (Sagart et al., 2019) depicting the hypothesized homeland and dispersal of the Sino-Tibetan languages. 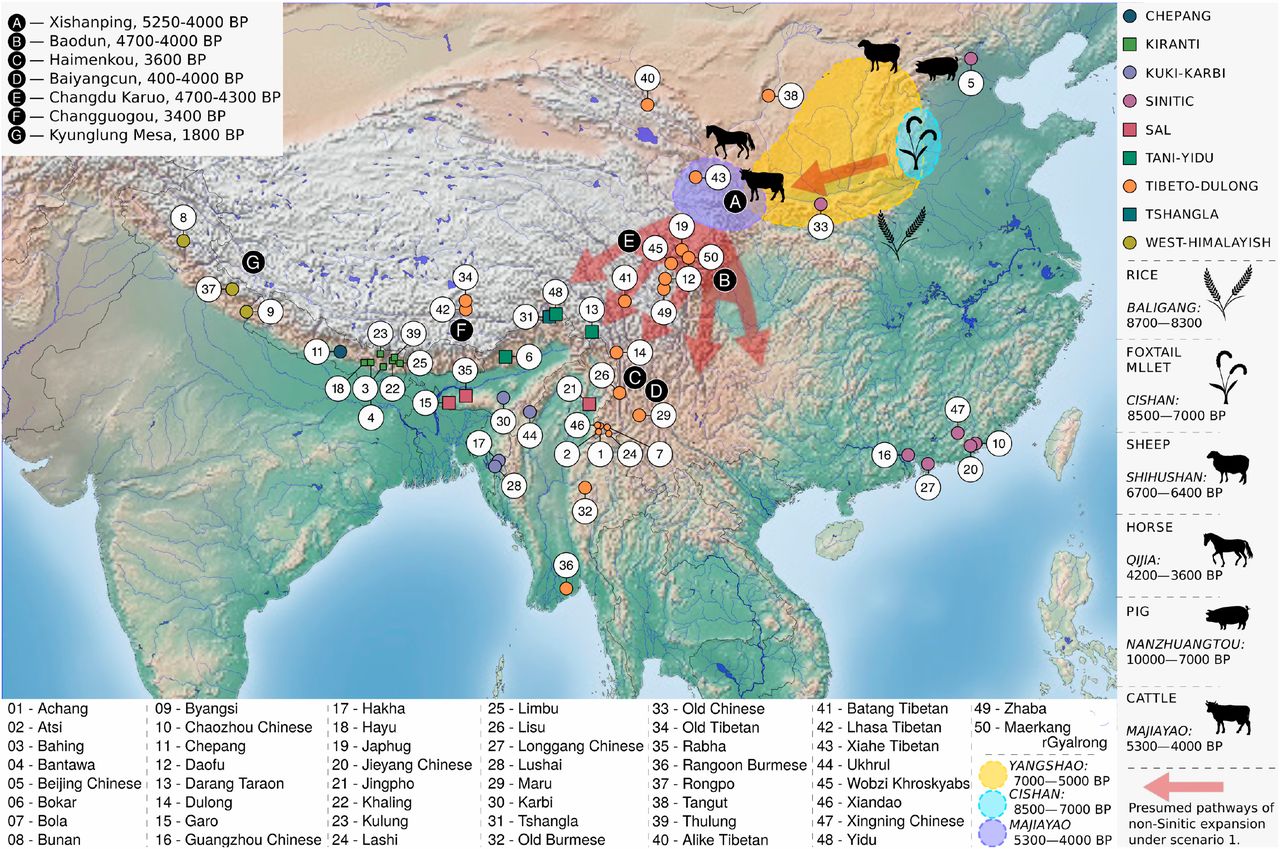 Sagart, L. (2008). The expansion of Setaria farmers in East Asia: a linguistic and archaeological model. In Past human migrations in East Asia (pp. 165-190). Routledge.

According to Sagart et al. (2019), Matisoff's Tibetan origin hypothesis mentioned by @drOOOze in the comments section is untenable because it "lack an archaeologically and demographically supported account of the family’s expansion".

This wiki page, History of China, provides some "basic" knowledge:

2
Which non-sinitic languages contributed to the wordstock of common chinese words before 1800?
5
Is there strong evidence that Classical Chinese was ever spoken?
2
Why doesn't the Chinese language have a one character word for "young"?
3
What are the original Chinese characters for the Filipino-Chinese family name Suico?
2
Besides the radical, what meaning does the rest of a Chinese character have (especially when it was originally created)?