Was it just my bad ears?

Your pronunciation is correct.

This is a common mis-pronunciation in many places in China, not just Shanxi. In fact, this is so common that nearly every modern Chinese input software supports so called "模糊音"（ambiguous pronunciation). The user can config if this function is enabled. Here's a screenshot of the config in Google Pinyin software: 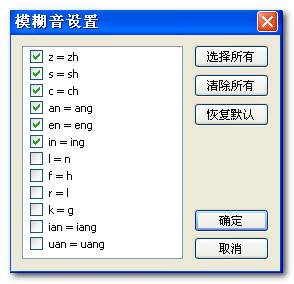 This is actually also a problem in China. It's a common topic in the many exams of Chinese language. The national exam for entrance to university used to have questions on this every year.

HaHa your pronunciation is right. Please don't learn from that accent. It is so so hard for you. every province has different accents. Usually, In Sichuan or some Southern city, you will hear this accent. If you move to the more southern city, the more distinctive the dialects you will hear. For example, the dialects between in Fujian province and Hei long Jiang province are too different to find any similarities. Even the grammar is also different. Remember the Mandarin is enough. As a native speaker, I also can't pronounce most dialects.

That's difference between dialects and Mandarin.

In fact, they should be pronounced just the same as how they're spelled.

According to Wiktionary, the pronunciation of the character 菜 is /t͡sʰai⁴⁵/ in the Shanxi (Jin) dialect (t͡sʰ = Pinyin "c"). In fact, 成 with initial "ch" in Pinyin is pronounced /t͡sʰə̃ŋ¹¹/ which suggests that in the local dialect zh, ch, and sh merge with z, c, s, like in a large number of other Chinese dialects. One possible explanation is that when they learned Standard Mandarin, they may have tried to change words that are zh, ch, sh in Mandarin but z, c, s in Jin to zh, ch, sh, and that may have been extended to all words, even ones with initial "c" in Mandarin, like 菜.

Not the answer you're looking for? Browse other questions tagged pronunciation learning topolect or ask your own question.

10
Is 師奶 (see lai) strictly a Cantonese word? Is it a neutral word or does it have a negative connotation?
4
"an" final pronunciation
5
Help with pronouncing 道 precisely
5
How do I pronounce romanised Chinese names which lack tone marks?
2
What's the difference between voiced and "unaspirated" consonants and how can I check if I got it correct?
4
Should I pronounce “er” as [ɚ] or [aɚ̯]?
1
Asking Chinese mother-in-law to learn pinyin?