How does 土口 match 'a person wearing a pendant'?

Please see the green arrow beneath. I can't copy and paste from Yellowbridge for 袁: 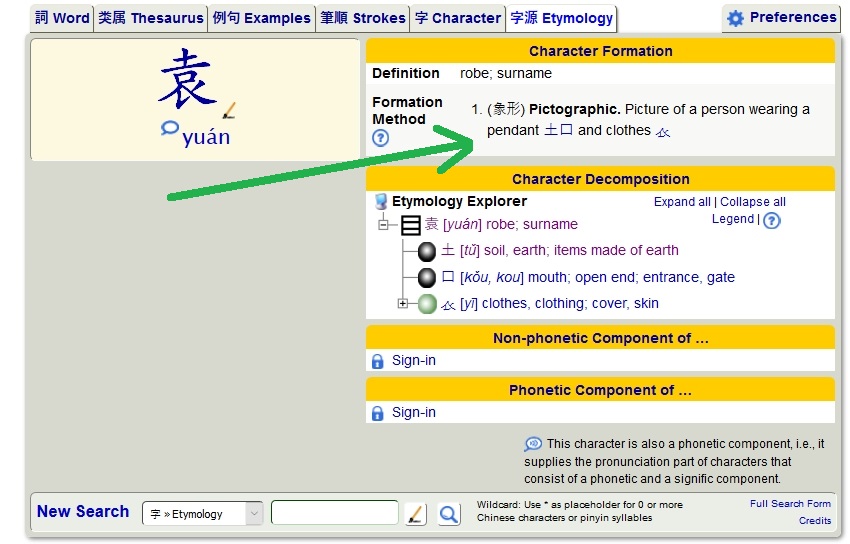 There is no pendant in the character. 「袁」 (Mandarin: yuán) originally meant to wear (clothes), where

「瞏」 is systematically written as 「睘」 today across all characters.

「⿰衣又」 had a few variants, produced by some small modifications in two main ways:

Both of these modifications were eventually incorporated:

10
Glyph origin of 我 - How did 我's radicals 手 and 戈 create the meaning of 我?
0
Enigma of 討厭. Why does it mean “to hate”?
5
How does '一勿' Compound to mean sundial?
5
How does 矢 look like an arrow?
8
认识 vs 知道 based on glyph origins
1
How does 馬 resemble a horse?
2
How does 巨 resemble a hand (彐) holding a carpenter's square (工)?
4
How does the hook in 甩 negative 用's meaning?
1
How does 舟 resemble a boat?
3
How does 稱's 2021 meanings appertain to its semantic component 禾?