Is this [Ivanka Trump] Chinese proverb real? —“Those who say it can not be done, should not interrupt those doing it”

This was going around as a real proverb, any reality to it?

’Those who say it can not be done, should not interrupt those doing it’

NPR did a pretty good article covering this.

After Ivanka Trump Quotes 'Chinese Proverb,' A Hunt For The Proverbial Author : NPR 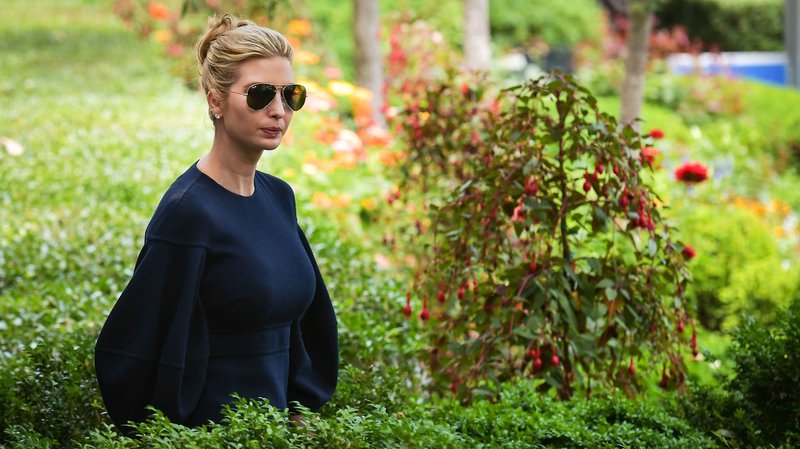 Ivanka Trump's quote of a Chinese proverb — "Those who say it can not be done, should not interrupt those doing it." — prompted a search for the original source. Mandel Ngan/AFP/Getty Images

On the eve of her father's meeting with North Korean leader Kim Jong Un, Ivanka Trump seemed to be calling on her inner Yoda as she tweeted:

"Those who say it can not be done, should not interrupt those doing it."
-Chinese Proverb

Neat quote. But it was the first daughter's attribution to "Chinese Proverb" that sent social media sites into overdrive in China, where people scrambled to find who, among their ancestors, actually said this. 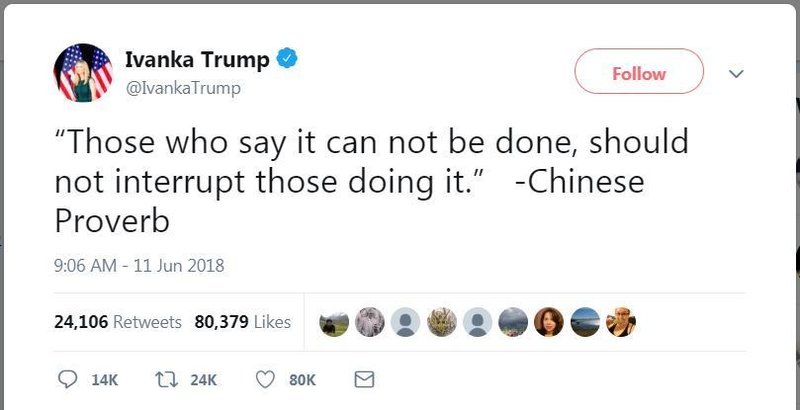 After presidential adviser Ivanka Trump tweeted what she called a "Chinese Proverb," many in China (and beyond) tried in vain to track down the quote's author. Twitter/Screenshot by NPR

After a thorough search of the Analects of Confucius, Taoist texts and everything in between, nothing definitive has come up. But that hasn't stopped millions of Chinese social media users from making wild guesses like these, straight from Weibo, one of China's most popular social media sites:

A lack of a clear source for Trump's tweet has some people speculating the first daughter either made it up or, a more likely explanation, cut and pasted the saying from an unreliable website. In the meantime, the search for this "proverb" through ancient Chinese texts has become something of a viral Quixotic quest in China, filled with many a sarcastic comment:

"Don't mistake something as a Chinese proverb simply because it's written in Chinese characters."

"Many foreigners make up Chinese proverbs much like we make up English ones."

"I think Jack Ma said that."

"A Chinese proverb from Ivanka has killed the brain cells of Chinese netizens."

And finally, a tweet from an actual Chinese literature scholar, Brendan O'Kane:

"You can call any old [s***] a Chinese proverb on the internet."
— Confucius

Who knows? Maybe someday one of these might become a Chinese proverb, too.

No but Americans seem to think it is, since at least 1977.

"In 1977 “The Marietta Daily Journal” of Marietta, Georgia labeled the remark an “old Chinese proverb”:

There is an old Chinese proverb that says, “Man who say it cannot be done should not interrupt man doing it."

Not the answer you're looking for? Browse other questions tagged proverb or ask your own question.

5
are there any free bilingual sources of chinese proverb?

3
Is this a real Chinese Proverb? (Pumpkins and Time Management)
2
Can anyone tell me what this means please? I think it is a proverb
5
are there any free bilingual sources of chinese proverb?
2
What is the Chinese original version of the proverb "Craftsman, know your tools"?
2
Ancient Chinese Saying #437: ... 10,000 days for the sword
0
“你我未来，由此展开。” Is this a real Chinese expression?