What are the Chinese characters for Cantonese 'tìm ge la wo'?

What are the Chinese characters for the four bolded particles beneath? https://en.wikipedia.org/wiki/%C3%8C

I didn't transcribe the quote, as StackExchange's formatting can't let me replicate the spacing. 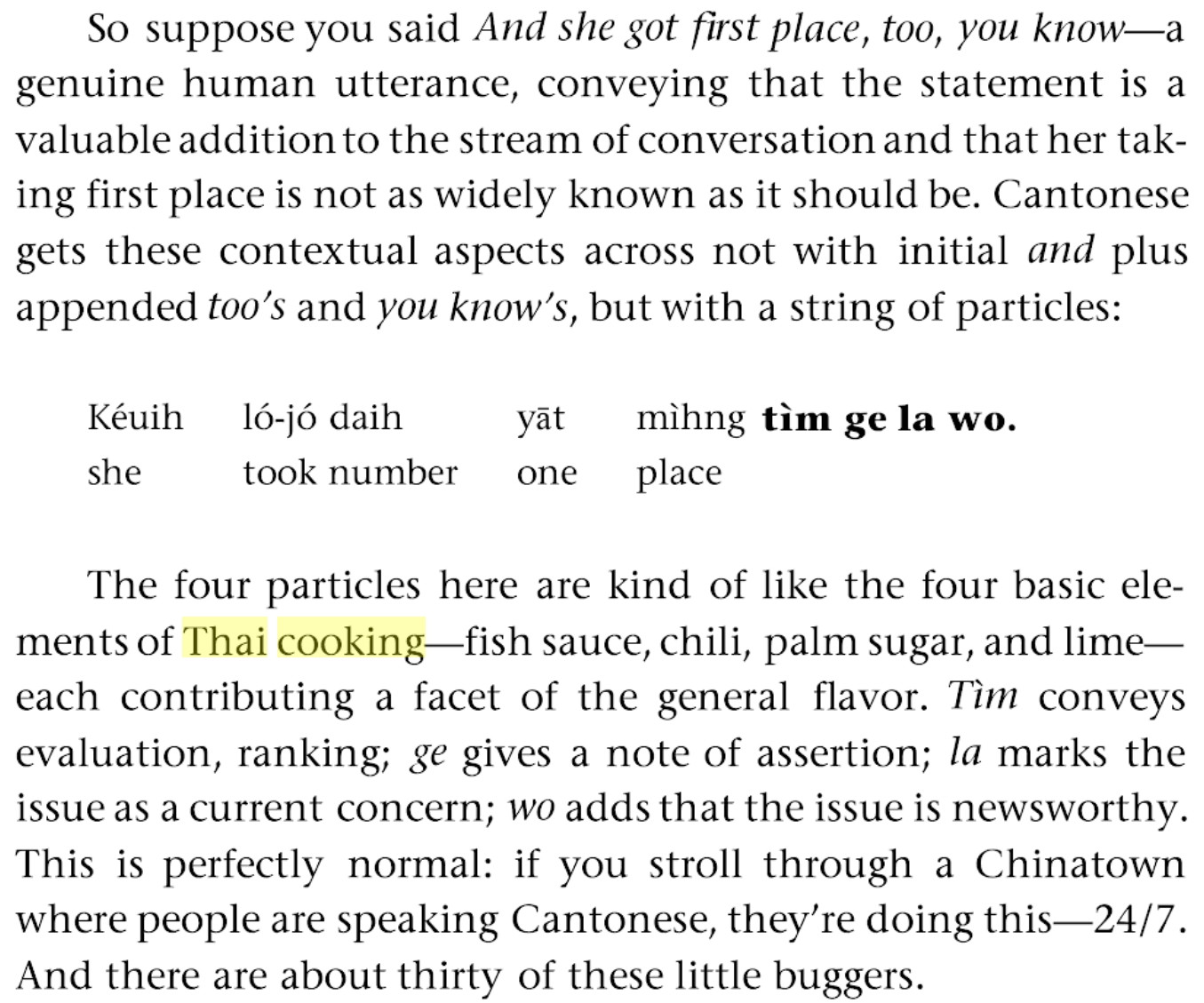 Next, I disagree with the author that these four particles would be used together, in colloquial speech.

Most likely, a Cantonese speaker would say:

Just not all four together.

I can't agree with those explanations in the picture, I'll try to explain the particles in more details:

tim (添): tim makes the statement sound unexpected. In the "she got first place" example, adding tim means that it is somewhat unexpected that she got first place. If used in first person sentence, for example: 我放咗糖添(I have added sugar "tim") it means I added sugar by accident, or I forgot(or didn't know) that I shouldn't add sugar. I don't see how tim "conveys evaluation, ranking".

la (啦): la can have different meanings depending on the tone of la. In our example, it could mean "Has she got first place?" or "She has got first place"(two tones give this meaning). I don't know how to describe the tones. You can also add la to an imperative sentence to make it more "pushy".

wo (喔 or 喎): wo is usually used to bring up a fact or your understanding to express the confusion you may have or why you don't understand something given this fact or understanding that you are bringing up. For example, people say "She's bad at running", you are confused because you know she got first place, so you say "but she got first place wo" implying(or followed with) the question "why do you say she's bad?"

Also, as you may know, 佢 can also mean he.

Not the answer you're looking for? Browse other questions tagged cantonese or ask your own question.

3
How to write “bei wu long” in Chinese and what is its origin?
8
Are the Cantonese word 係 and the Japanese word はい related?
3
What are the most popular new year greetings in Cantonese?
4
Learning written forms of dialects
4
Why don't Cantonese speakers write their own language?
2
Cantonese special characters
1
Best translation for “confused”: 迷惑，困惑，弄混，搞亂，搞混？
3
What are the original Chinese characters for the Chinese family name Suening in the Philippines?
3
Is the Cantonese spoken in Guangzhou standardized?