What are the characters on this seal? (Characters identified: 李濟懋印)

What are the characters on this seal? 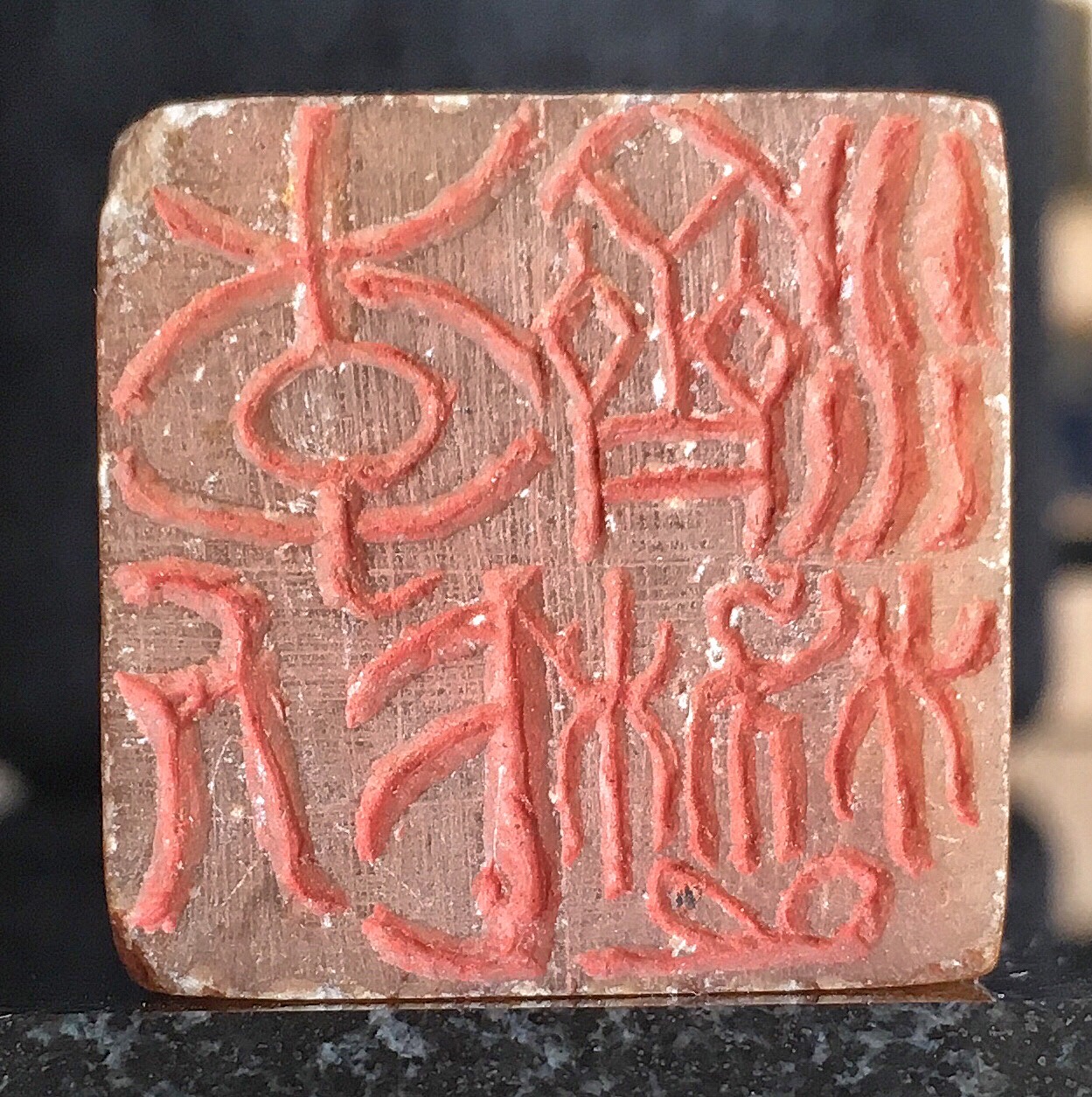 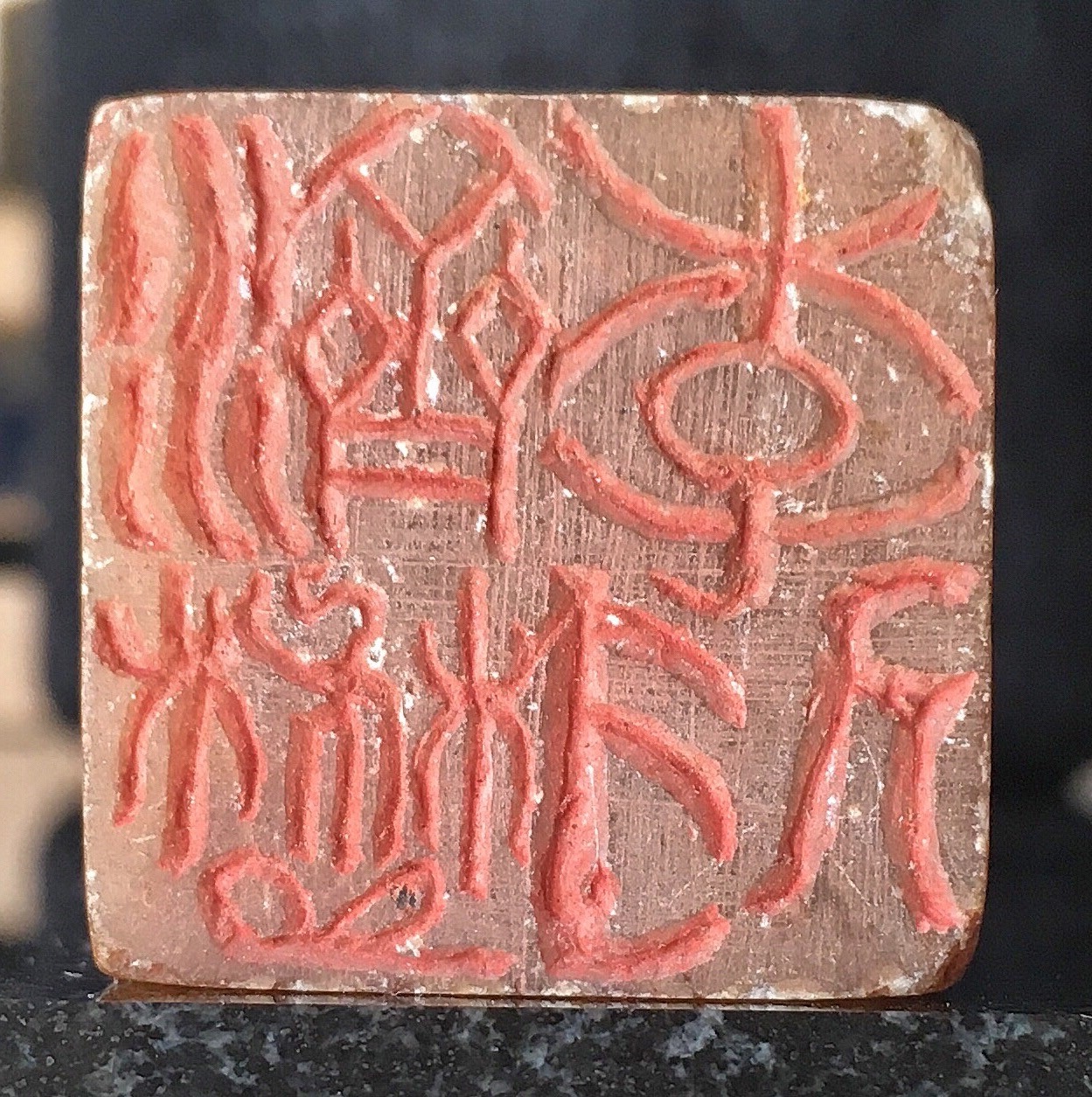 Just to venture a guess. I think these characters (mirror them before you read of course) should read 李濟懋印, meaning this seal was a private one that belonged to the person known as 李濟懋 (or 李济懋 in simplified Chinese).

There are several points we can take note of:

As the other answer stated, the characters are 李濟懋印. 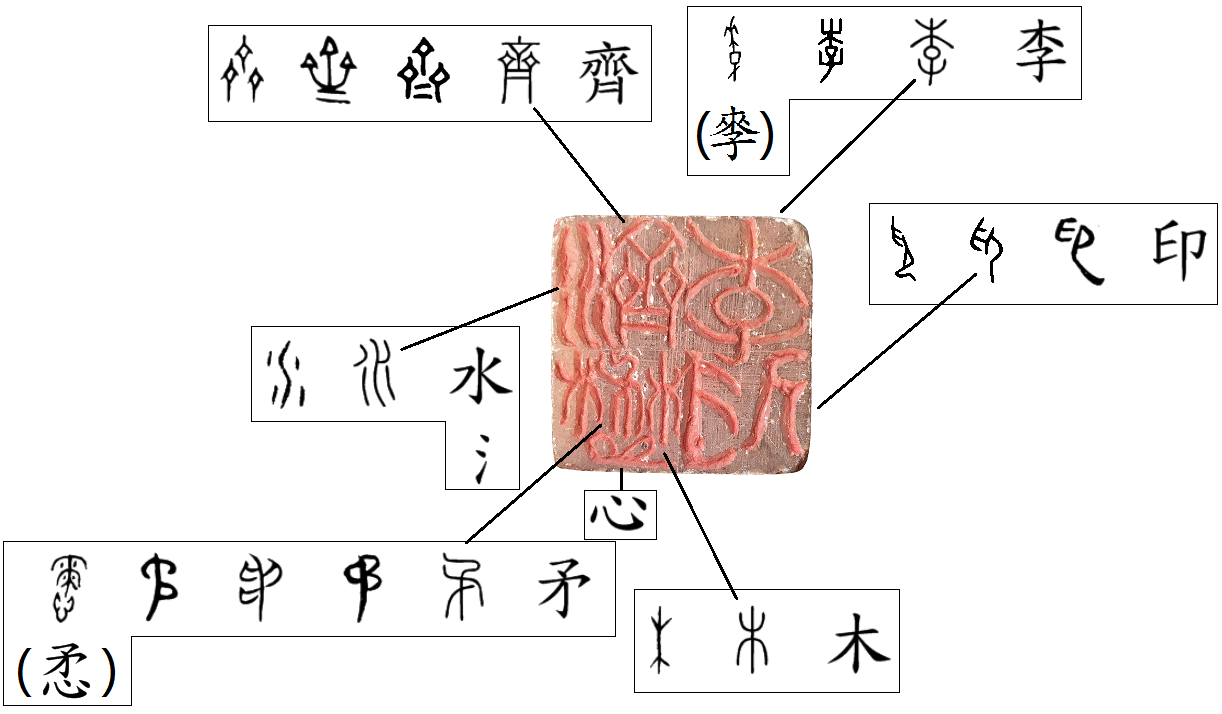 Approximate idea of character development - this may not be strictly how the characters evolved over the years.

「木」is relatively similar in appearance to its regular script counterpart.

「子」originally depicted a baby or child, which is its original meaning.

This form directly leads on to its seal script shape. Compared with an adult human「大」, the child's head is emphasised and legs are de-emphasised.

「濟」(originally to cross a river) is comprised of

What「齊」exactly depicted is not universally agreed upon. However, most sources agree that it was originally comprised of three of some kind of plant:

The primary attested meanings are even, alike, level.

Later on, decorative marks in the shape of「＝」were added on:

The bottom two plants then had their stalks extended, leading on to the seal script shape:

「懋」(diligent, hard-working; used as a name) is comprised of

The top component is often seen as the oldest form of「矛」. Later individual appearances of「矛」clearly depicts a long spear or pike with a curved handle:

The head of the weapon and the handle was subject to shape corruption, e.g. into three「刀」:

the latter of which is the seal script form found in the photo.

Later on, the chambers of the heart were exaggerated, and the shape became more stylised:

Unfortunately, the shape for「心」in the photo is exceedingly uncommon and difficult to recognise. All common forms of「心」have curves which open at the top, not closed like in the photo. This situation happens very frequently in deciphering characters in seals and calligraphy pieces, and at this point other methods will have to be used to determine the entire character. Two possible methods are:

If the above process is not satisfactory, we can go further and look for variants of similar shapes in a comprehensive site like 教育部異體字字典.

The relative proportions and positions of the hand and person have changed throughout history. A bronze script form which looks similar to the photo is:

Not the answer you're looking for? Browse other questions tagged characters character-identification seal or ask your own question.

4
Meaning of seal and engraved characters on teapot