What does it say on the stamp?

I was requested by a friend to find out what this stamp is. Do you know what it says on the stamp? 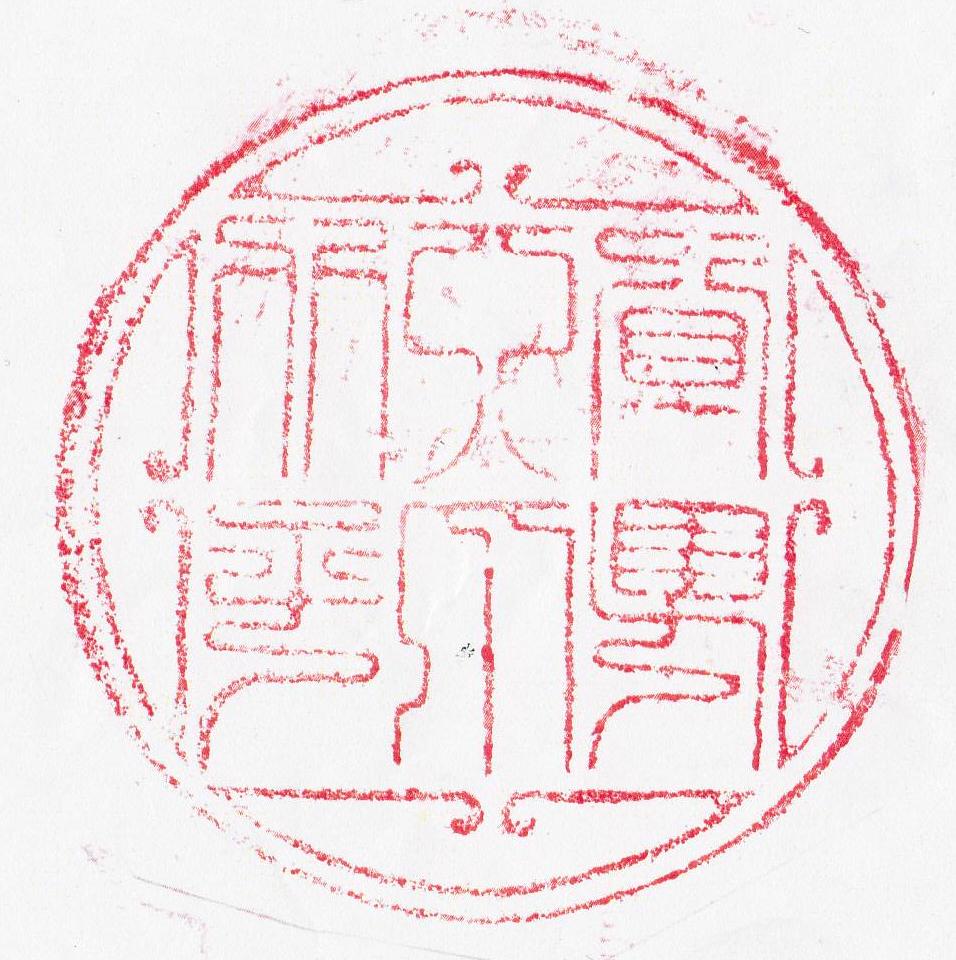 After discussing it with my friends, the best result I can come up with now is 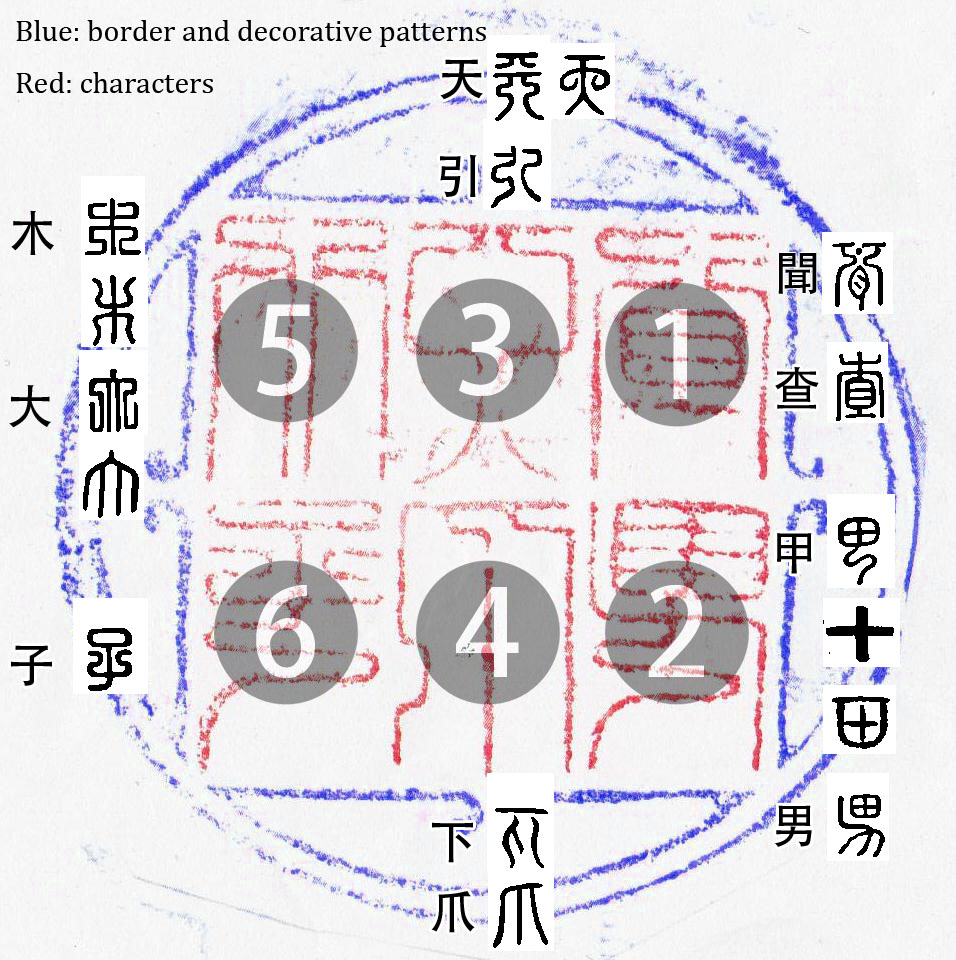 The characters beside the stamp characters are the corresponding ones that may be the candidates. Seal script samples are also given. Unfortunately, I cannot find a 100% convincing answer, because they can hardly form a meaningful phrase.

Character 1: 聞 or 查. Either is doubtful. If it's 查, it means the craftsman treat the vertical 丨 in 木 as two separate parts, then Character 5 will quite possibly be 木.

Character 2: 男. It's very doubtful because there're too many horizontals 一 in 田. I am almost sure it can't be 甲, because adding one important stroke 𠃑 into 甲 is very unreasonable.

Character 3: 天 or 引. Either is possible.

Character 4: 下 or 爪. Either is very possible. Specially, if if Character 3 is 天 and this is 下, 天下(the world, land under heaven) is meaningful.

Character 5: 木 or 大. Either is doubtful.

Character 6: 子. Well, it's the most confirmed one.

What I should clarify is that I don't mean the candidate characters are just what I am listing. There may be some more acceptable ones. This Chinese Etymology website may be a helpful tool for you.

I agree with Xu's arguments partly:

Jens's answer, 鳳 凰 祥 雲, are not so similar to the character shapes in the stamp (notice that there's no 凰 in seal scripts; in ancient Chinese, it will use an "interchangeable" character 皇 instead).

Character 5 may be also 北.

I don't have a complete answer but this is as far as I got, it was a lot of fun and hopefully this may help others. I feel that some real expertise will be needed to solve this puzzle!

There's some very fun tools which generate Chinese stamps in various scripts, which I used to make this image, which is as close as I got:

What's more important is that the characters make no sense! Perhaps they are encoding a person's name or date/time of birth using the Four pillars of destiny (生辰八字).

Some extra information would definitely help a lot, such as:

The middle pair doesn't seem to be characters at all.

4
Why is 德国 the “virtue country”?
2
Western grammatical influence on vernacular Chinese in the 20th century
3
What are the original Chinese characters for the Filipino-Chinese family name Suico?
2
Where does the phrase 镜中花，水中月 come from?
0
very old chinese language
0
What title did the merchants who dealt with Canton's 13 Factories have?
5
What did Eastern Han Chinese sound like?
2
Different accents/dialects applicable to the pinyin “r” sound
2
Besides the radical, what meaning does the rest of a Chinese character have (especially when it was originally created)?