The number of "components" (potentially) to define a Chinese character typeface

This post goes into some hypotheticals on how long it might take to design a Chinese font compared to a Latin font. 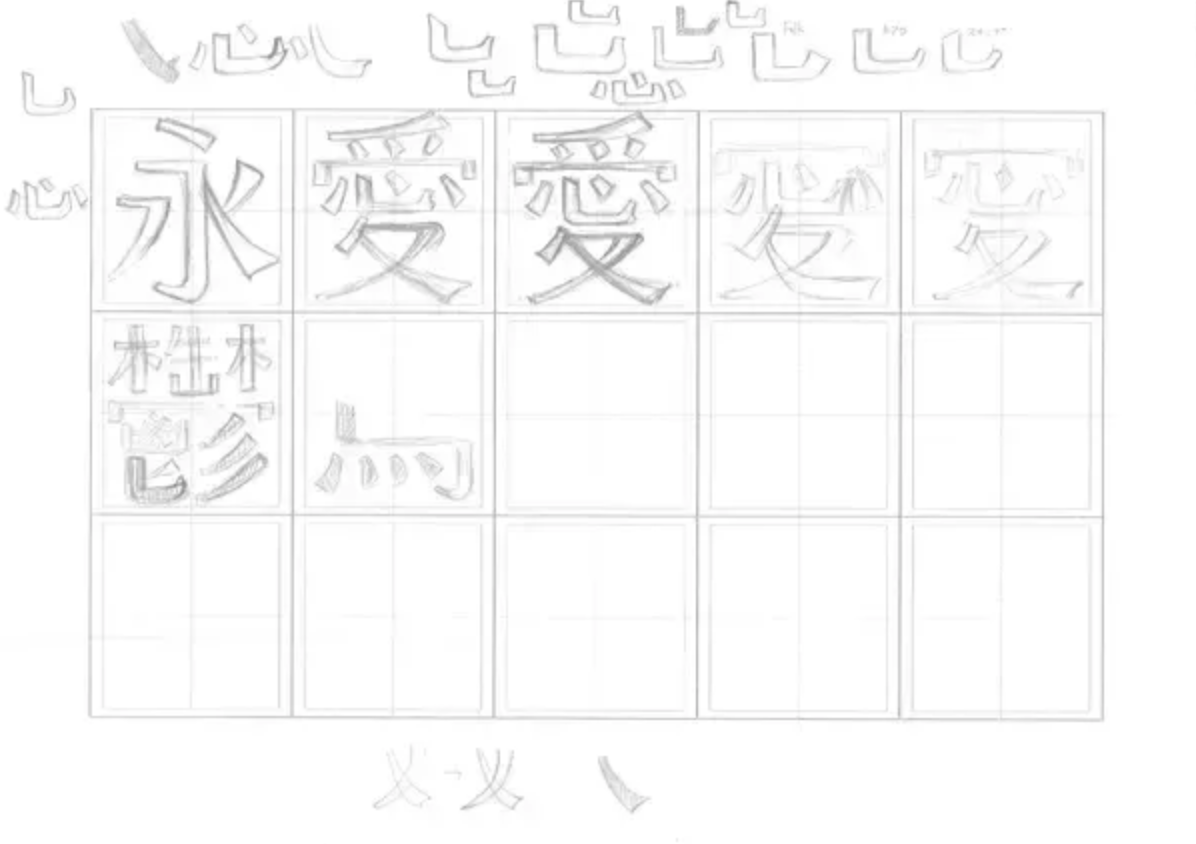 It shows an image of potentially some "radicals" which could be used as the base components to construct more complicated characters. But from looking at radicals compared to complex Chinese characters, there are many many subtle variations in the complicated characters that aren't directly mappable to these basic Chinese radicals. So I'm wondering if and how you could actually build up a sort of component library to design a Chinese font without having to built every character from scratch.

My question is, if there is a (ideally known) finite number of components/radicals/etc. in Chinese that could be used to streamline the development of a Chinese font.

Yes this is possible, but there are a number of exceptions and edge-cases to account for. For example, some radicals have variants depending on their position (which are not typically considered distinct radicals):

There is also the issue of some radicals not conforming to a left/right/top/bottom/quadrant position, but instead sorrounding other radicals (e.g. 囗).

Additionally, there is not a neat 1-1 map between all traditional and simplified character radicals, with identical radicals being simplified in different ways in some characters.

It's a bit complicated.

The first question: is there a (ideally known) finite number of components/radicals?

The second question: could they be used to streamline the development of a Chinese font?

Unfortunately, no. Unlike an English word, a Chinese character isn't a linear arrangement. It's a 2D pattern, and you have to arrange all the radicals into a limited area and make the final result looks good. So, sometimes you have to make some changes to the radicals for the artistic purpose, or to make them recognizable.

And this is largely why you found that some complicated characters that aren't directly mappable to these basic Chinese radicals.

Not the answer you're looking for? Browse other questions tagged radicals fonts calligraphy or ask your own question.