Similar pronunciations of tea/茶 across languages

The Cantonese (Yale cha4), Mandarin (pinyin chá) and Kan’yōon (cha) pronunciations of 茶 are similar to the Russian word чай (IPA t͡ɕaj) for tea. Do these have a common origin?

As you can find on the great and all knowing wiki, the word for tea in most languages comes from the Chinese:

Cognate to Mandarin chá via Persian:

There's some double counting going on here, but I'm just copying from their list.

Here's an interesting map showing the etymology of various words for "tea" in Europe. 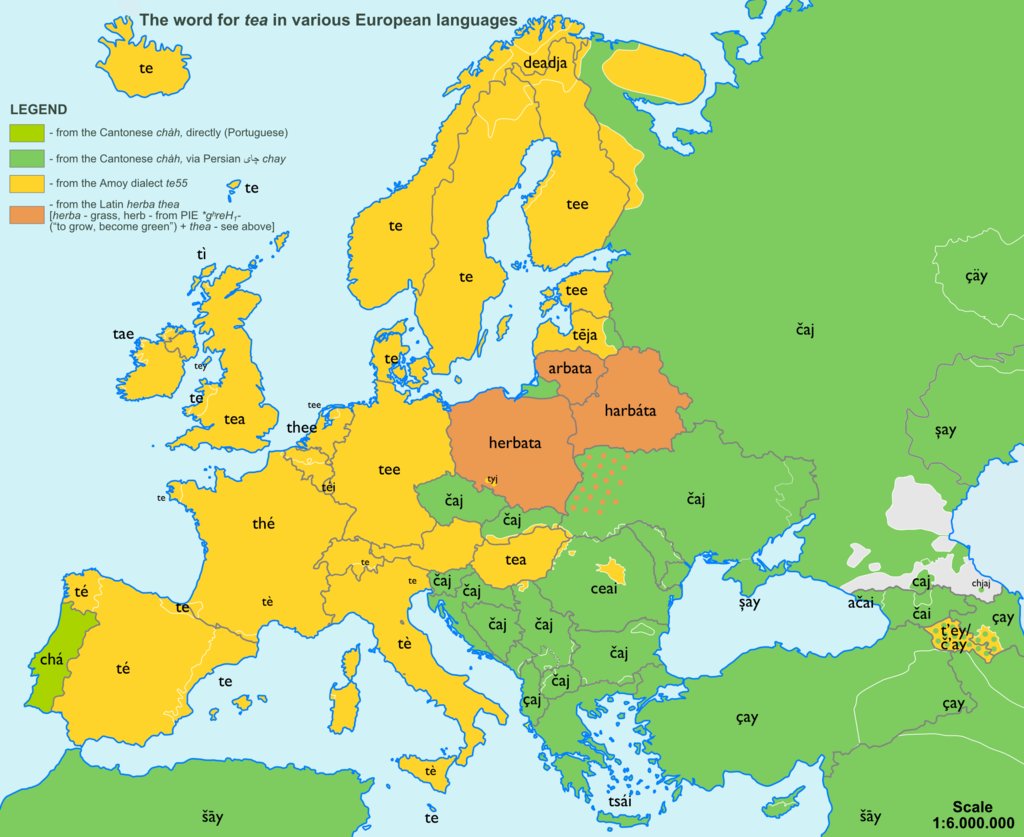 The pronunciation of 茶 in ancient china before Han dynasty was like /da/,there are different pronunciation in chinese dialects,in Min dialect,it is very similar to the ancient one.Because of international trade between countries ,it had been borrowed by other language in different historical period from different dialects.together with 茶，is 丝，silk,making us associate them with road of silk. to By the way,荼/t' u/ is originated from 茶，whose pronunciation is similiar to茶 in ancient china.

Not the answer you're looking for? Browse other questions tagged pronunciation etymology or ask your own question.