I'm a East Asian preparing to celebrate the Lunar New Year and have been given these pictures of lacquered boards from my father. 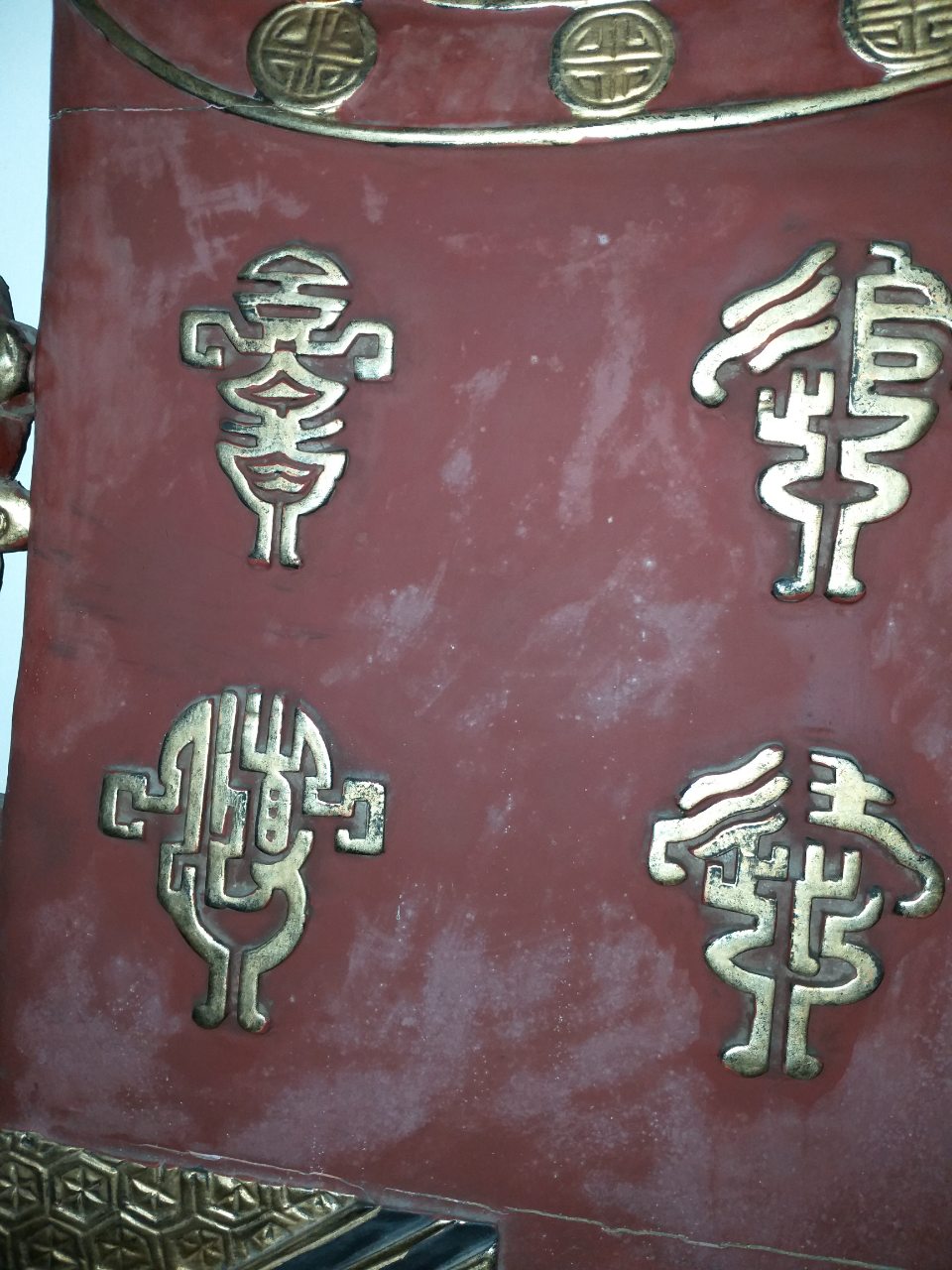 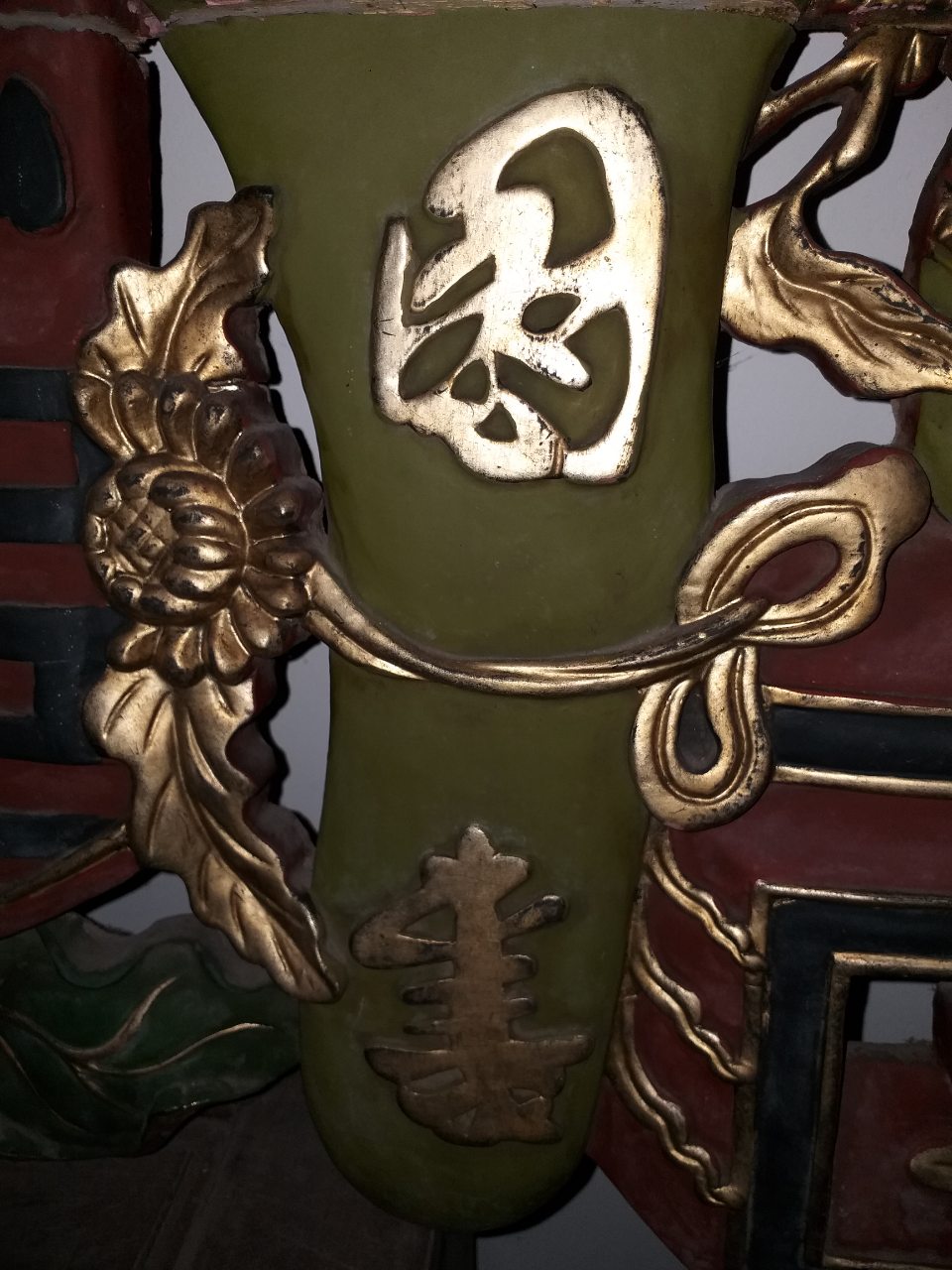 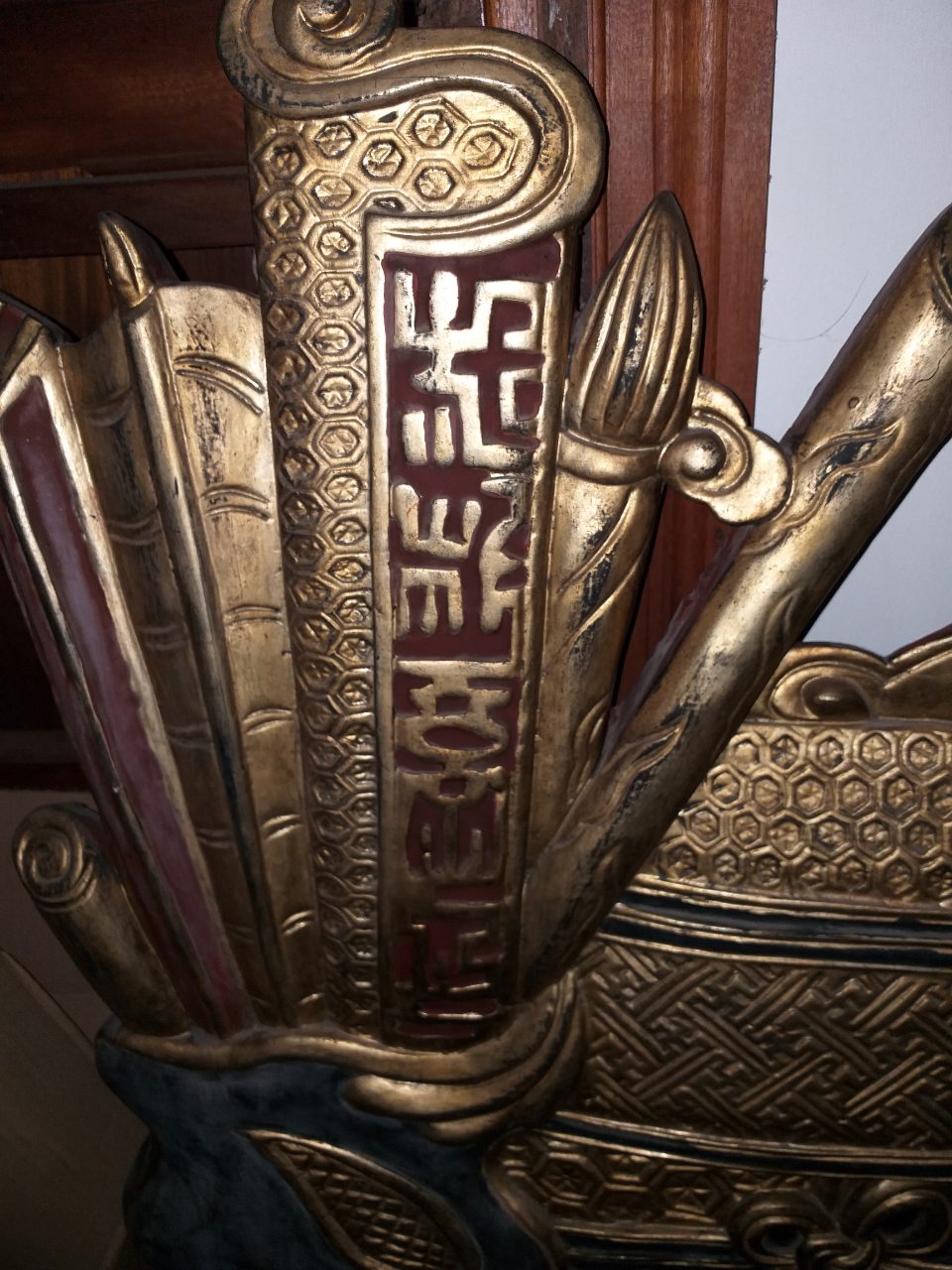 The first picture I suspect contains stylized Seal scripts. I cannot identify any of those 4. The second picture contains typical (semi) Cursive scripts, but I still don't have enough knowledge to identify those 2. The third picture is a weird one, I suspect it contains deformed Seal scripts, which makes it even harder. However, I would say that there are 4 characters in the third picture, the last one is impercept-ible, and the second one may be derived from 耑. To sum up, the only thing I'm sure about all of those 10 characters is that they're all Traditional Chinese.

Now I'm here to seek help. What are those characters?

Are the two characters on the left in the first photo stylized versions of 幸福, written vertically? Not sure about the 福, but the top left character sure looks like a stylized 幸? As for the character on the top right, 龍, dragon?

Not the answer you're looking for? Browse other questions tagged characters traditional-chinese character-identification classical-chinese or ask your own question.