Why was Jutland transliterated as 日德兰?

Background: Jutland is the peninsula which makes up part of Denmark, and it was the site of the WWI Battle of Jutland (which is one of the main reasons "Jutland" would be written about at all in other languages). In Danish, it's pronounced ˈjylanˀ, and in German, it's pronounced ˈjyːtlant. That is, it starts with a "y" sound, and in German (the language of one of the participants of the battle), it retains the "t" sound as well.

Choice of 日?: So if it starts with a "y" sound, why was 日 chosen to transliterate the first syllable? In Mandarin, this is a poor fit. However, in Cantonese, it is pronouned jat6 (where "j" is, like in German, a "y" sound). This doesn't fully resolve the mystery though--the 德 in Cantonese is dak1, which is a worse fit than the Manadarin.

When was Jutland first written as 日德兰? What dialect was being used to make this transliteration?*

topolect transliteration
Share
Improve this question
asked May 25 '19 at 1:58

and 兰 is the common transliteration in both Cantonese and Mandarin

my best guess is that it's transliterated from jutland in british english, according to cantonese. here's the rationale:

the earliest book mentioned jutland in chinese, is "海國圖志" by 魏源, which was published in 1843. in its preface, mr 魏 stated that his book is derived from 林則徐's translation of a foreign book "四洲志".

imo, cantonese perfectly transliterated the british english, in the translation of 府領 & 西蘭.

again, 可品哈 in cantonese is, perfect match of danish "københavn"

jutland, initially is transliterated as "人德蘭" 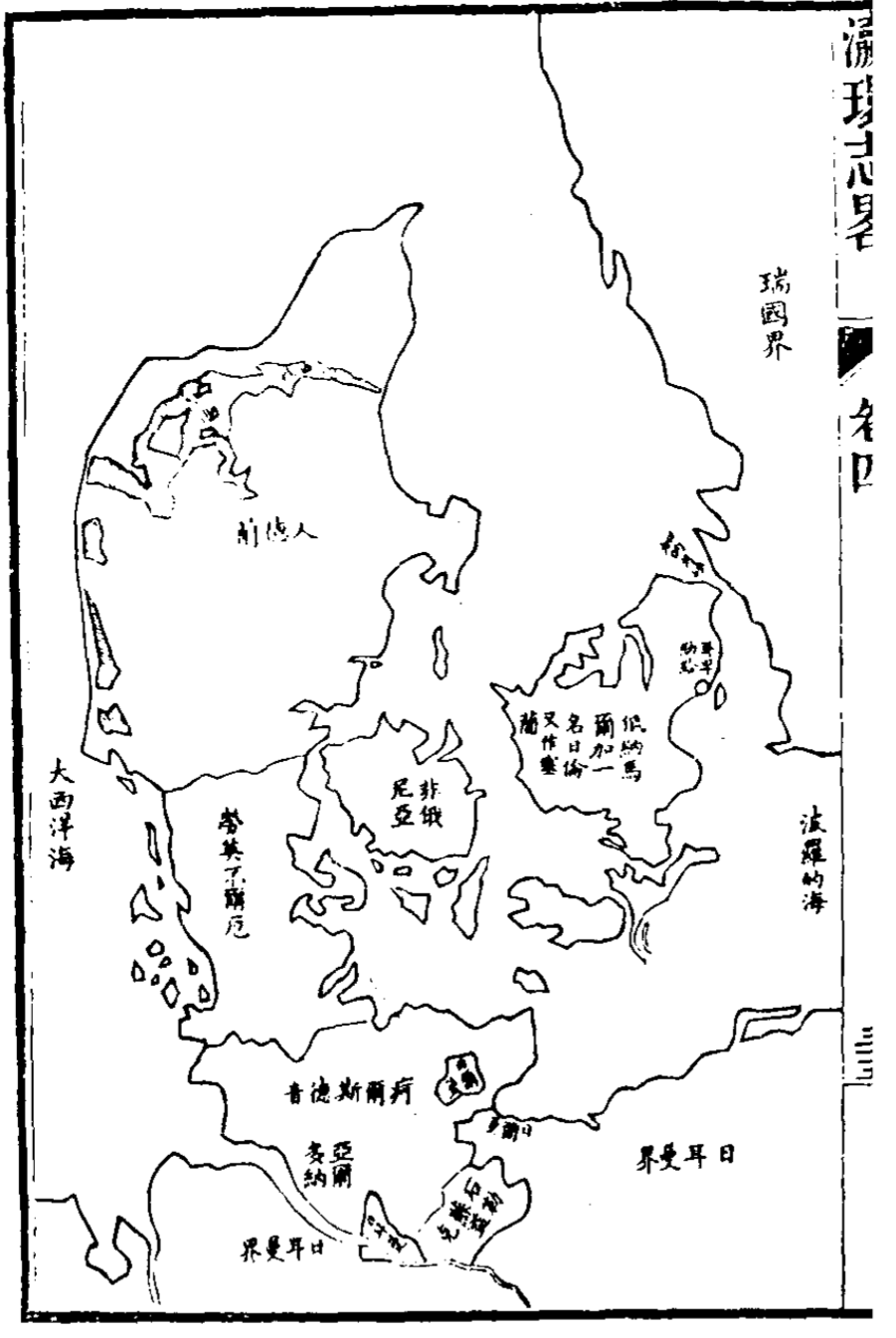 back to the question

When was Jutland first written as 日德兰? What dialect was being used to make this transliteration?*

i think cantonese was used. compare "府領" to funnel, "西蘭" to zealand.

prior to these two books, info of europe countries were rare, and brief. so, jutland in chinese, was first introduced in 1843, by mr 林.

well, using the character "人" in places name is, very awkward . e.g. "people of jutland", it would become "人德蘭人". most likely, someone thought the same, then changed it from 人 (yan4, low level tone) to 日 (yat6, low entering tone) such change preserved the low tone and the phoneme /a/.

just to remind, such is my guess only.

The Baidu Zhidao answer suggests Cantonese or Min Nan. Again, there are many variations of Cantonese and Min, how the individual characters were pronounced in the topolect that the translator who transliterated this spoke, we'll probably never know.

Not the answer you're looking for? Browse other questions tagged topolect transliteration or ask your own question.

3
Why is George 乔治 in Chinese?
3
Help translating 海南鸡饭 - 3
4
Transliterated Loanwords From Two Seperate Languages Of The Same Thing
1
Why would the name of the 慈祐宮 temple in Taipei sometimes be written "Cinyou" instead of "Ciyou"?
4
Why Romatzyh and not Luomatzyh
2
Min Nan expressions: spelling, meaning and pronunciation?
10
Questions on a Hakka song and its particular Hakka dialect
3
What topolects distingish between 娘 and 孃? Why?
4
When and why did Cambridge go from being 康桥 and become 剑桥?