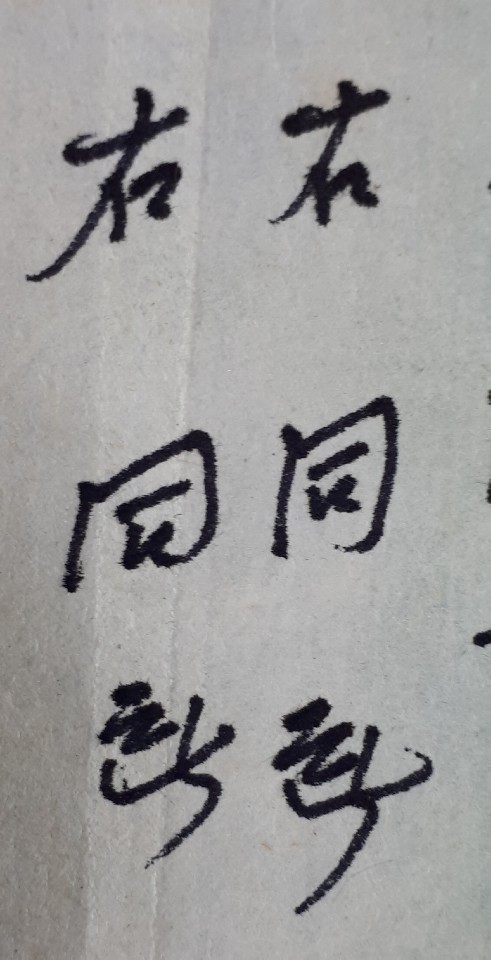 Can anyone else tell me what the last character is please? 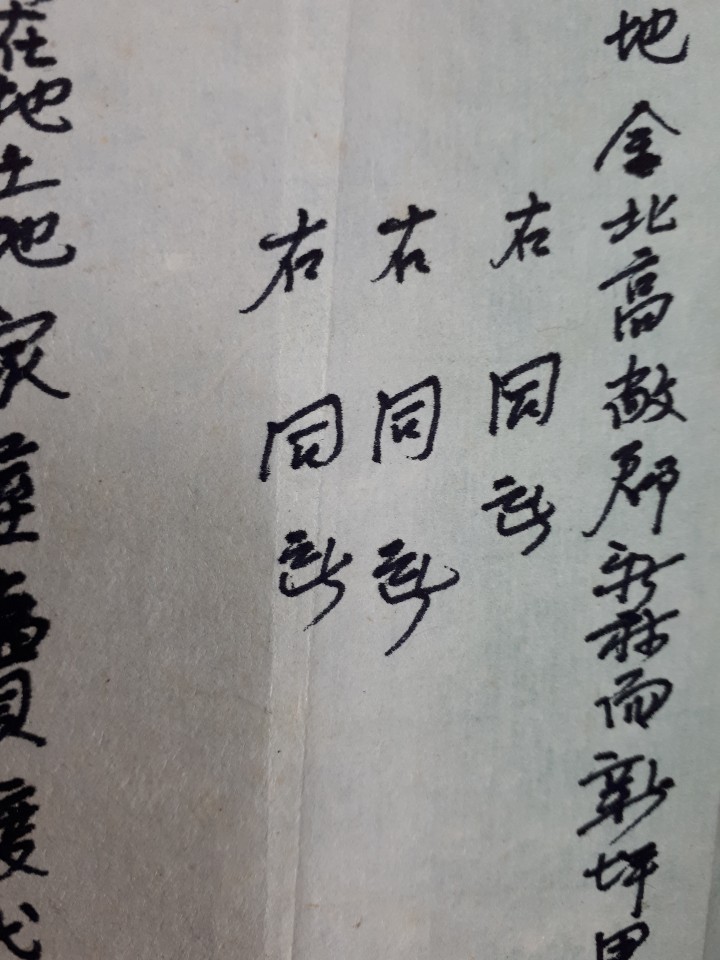 Chinese handwriting and calligraphy tradition allow for huge variability in appearance of characters.

With these three characters, first two are easily identified as 右 and 同. (Though the writer smooshes together the strokes of the mouth 口 part and the result resembles cursive letter n, yet his strokes clearly follow the right order.) For comparison, here are possible appearances of these characters from the Compilation of Cursive Characters《草字彙》:

As for the third character, the right part quite clearly identifies as 匕, which got transformed into S-like or b-like stroke crossed by a checkmark-like stroke. According to the cursive character compilation《草字彙》, this transformation is a typical one for this radical:

That leaves us with only a few characters that have 匕 on the right, like 比 (compare)，北 (north)，此 (this)，化 (chemistry), as well as more rare characters like 牝 (female animal), 叱 (shout), 吡，妣，秕，舭。Only 此 seems to make sense with the preceding characters.   Moreover, I checked database of old cursive characters, and variants of 此 resemble what you have here most closely: 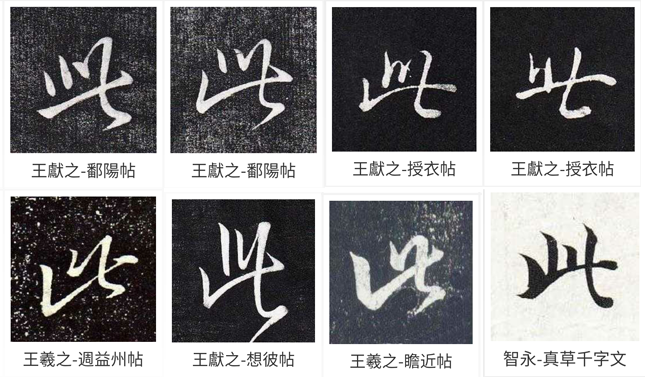 So, in conclusion, I think this is most likely 右同此.

Combined with the other two characters you give in the first image, you can get a phrase “右同学”, which means "Student You".

And I recognized a place name in the larger image you give: “高敞郡新林面新坪里”(starting from the fourth in the upper right corner), in English is "Sinpyeong-ri, Sinlim-myeon, Kochang-gun", a South Korean place name.

However, it's weird to see someone wrote a phrase like “右同学” in calligraphy writing. So, maybe my inference just go wrong.

Not the answer you're looking for? Browse other questions tagged meaning traditional-chinese character-identification writing or ask your own question.